I Visited Amsterdam’s Red Light District And It’s Not What You Think! 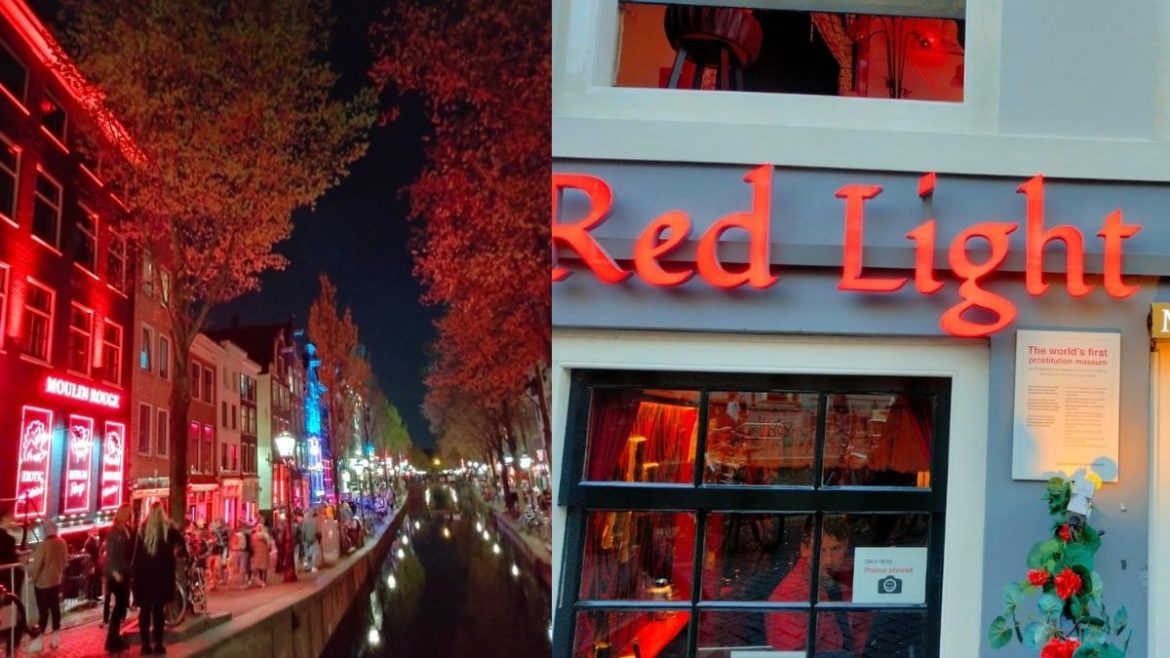 If you Google, you will realise that there are only a handful of pictures of Amsterdam’s Red Light District available online. Taking snaps is not permitted in this district as many prostitutes have kept their profession ‘discreet’. If you still don’t care and want to click, be prepared to be lashed out by one of them from the window (yes, it happened with me!). But, have you ever wondered what’s the scene like in the famous De Wallen? You must have created multiple sketches in your head, but Amsterdam’s Red Like District is nothing like what you think. 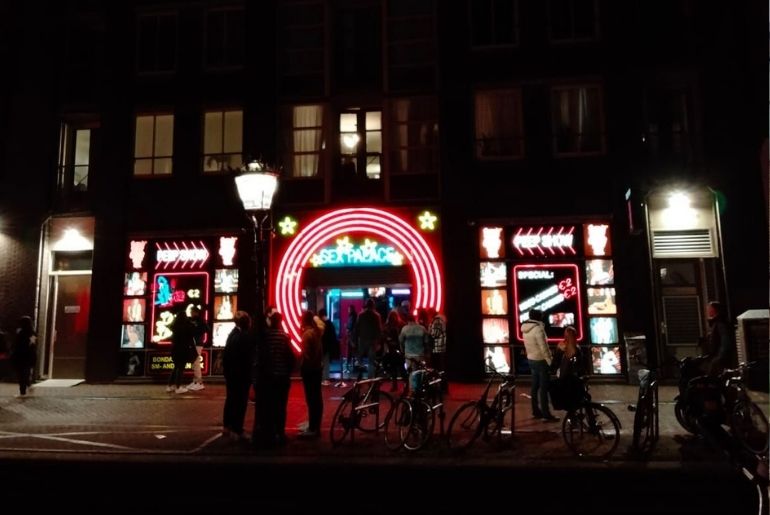 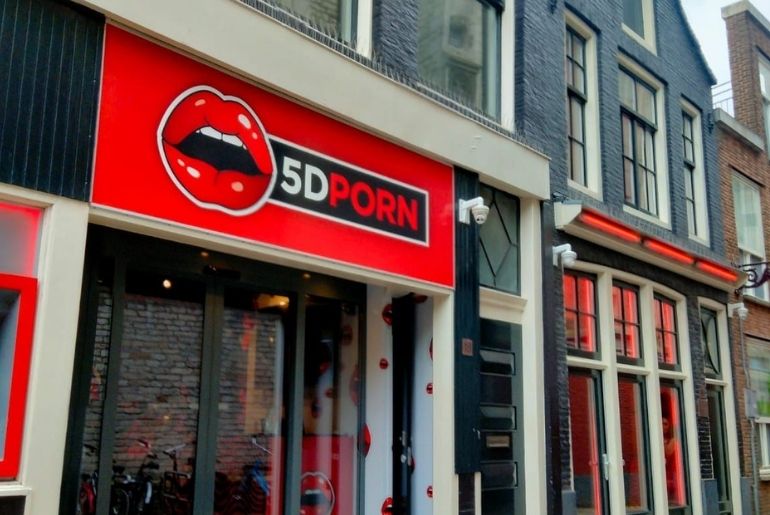 Ever wondered why Amsterdam is a dream bachelor and bachelorette destination? It is because it has a lot more to offer apart from all the striptease and lapdance. You can head to the Funny Photoshoot studio and get yourself clicked dressed as red-light workers posing on the windows! Yes, you can go all out with your party in this district with all the super LIT bars and lounges. A special mention needs to be made for the Hangover Information Center which offers products to reduce morning-after symptoms. 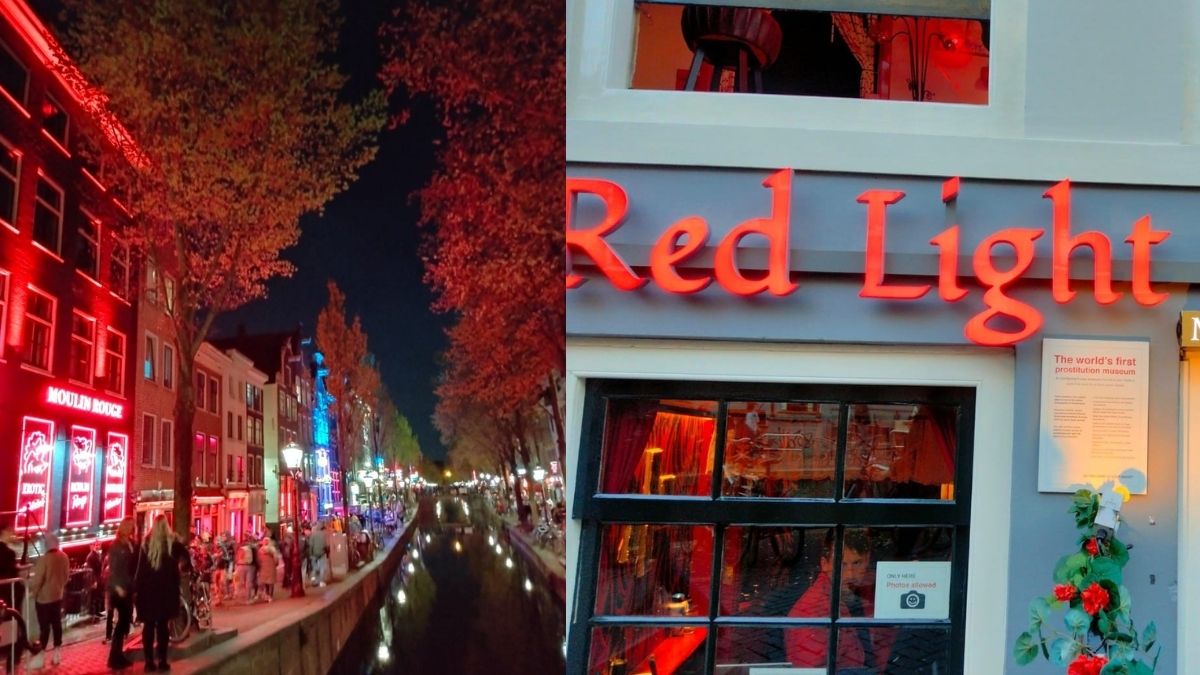 There is also a day-care centre for moms and daddies who wish to drop off their kids inside. 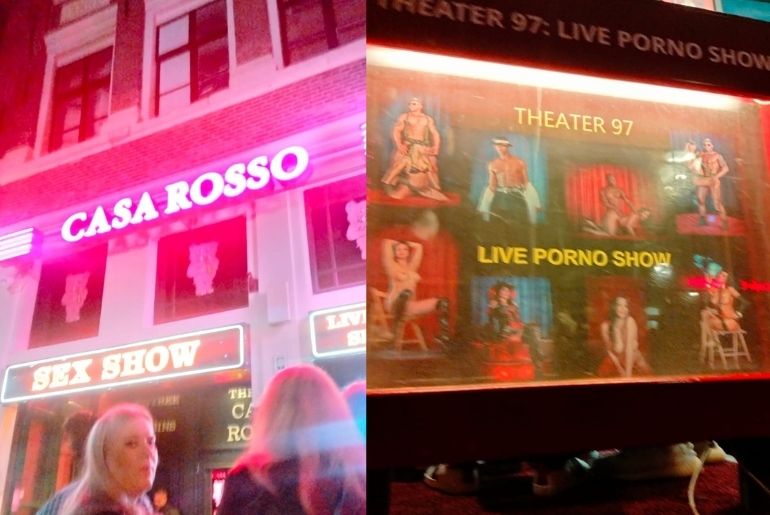 Tinted with eerie red light, women stand at the windows in lace underwear. While one plays with her phone, the other applies lipstick not bothering to glance at the leering men. No doubt, prostitution is legal in De Wallen where women accept credit cards. However, the sex workers must officially register and also pay income tax. Unruly behaviour is not allowed in this district. You can see cops patrolling at night to ensure the safety of the courtesan, masseuses, escorts, and the likes! In case, a client gets out of hand, a sex worker can press the emergency button and a siren will sound across the area.

I hear that the area is going some major under haul to protect the sex workers. There are talks of shifting the brothels outside the city and stopping touristy tours on the district. 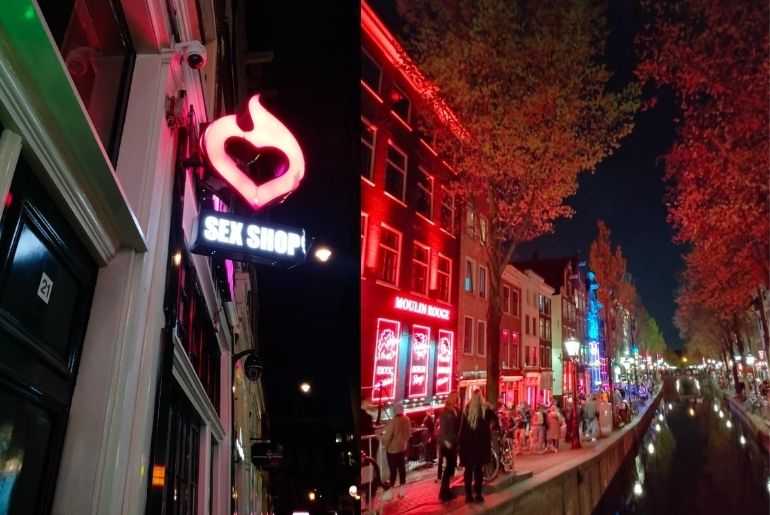 The Red Light District Is A Crowded Lane

The Red Light District is a crowded alley. De Wallen red-light district has been one of the city’s most visited neighborhoods, thanks to its window brothels. But the historic area has become a spectacle in recent years, thanks to a dramatic rise in tourists in Amsterdam. I learned from the locals that on some evenings, there are over 300,000 visitors in the Amsterdam centre. 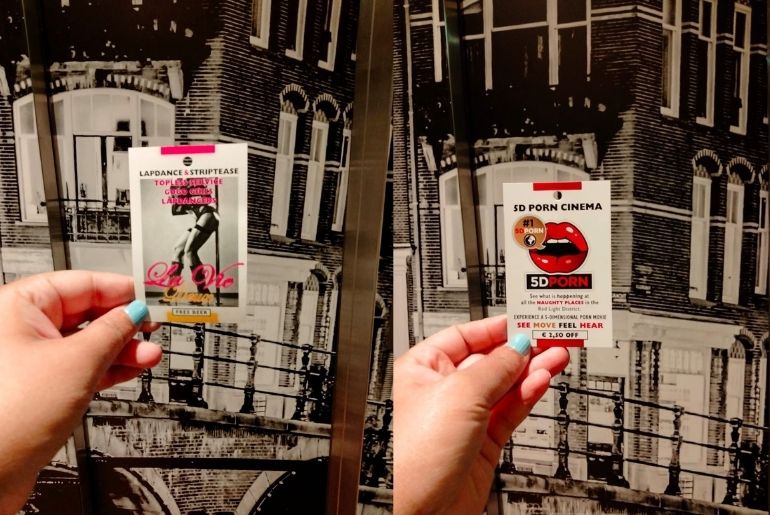 Amsterdam’s Red Light District may not be everyone’s cup of tea but for me, it was a whole new world of freedom (some may call it a sin).