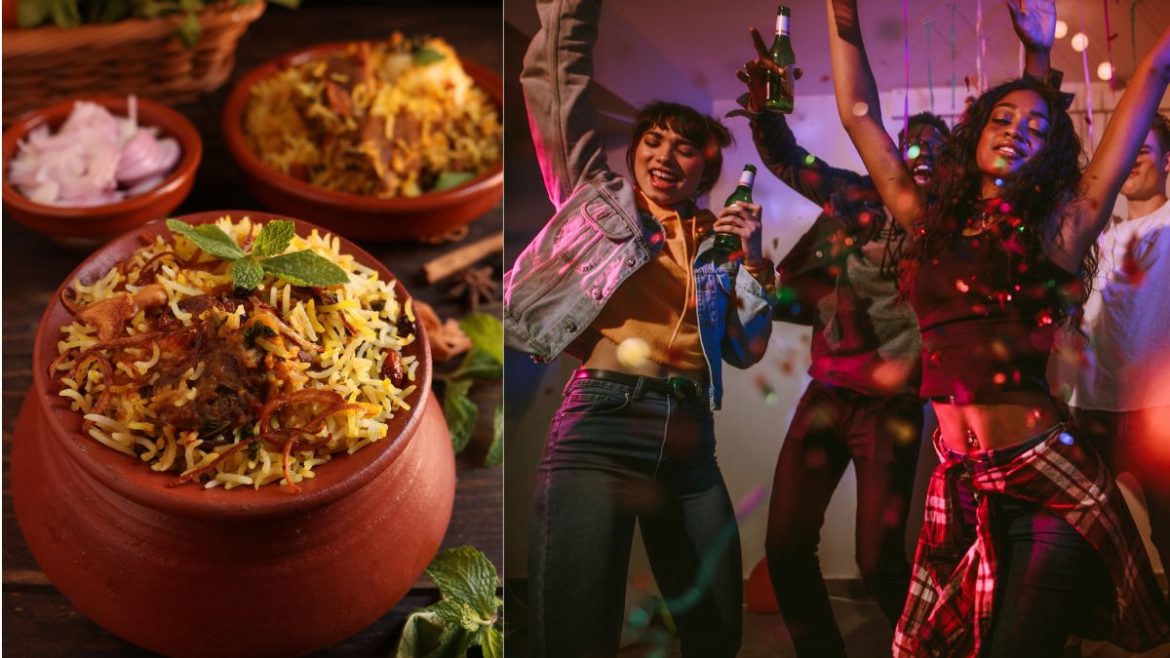 Happy New Year 2023! Let’s hope this fantastic food always finds us foodies this year. Interestingly, this New Year’s Eve, many Indians celebrated in the comfort of their homes with delicious food deliveries to keep them company. Ask Swiggy, they played an integral part in our Dec 31 house parties. According to the food delivery aggregator, India celebrated New Year’s Eve with whopping 3.5 lakh biryani and 2.5 lakh pizza orders. Here’s more about it.

Biryani Most Ordered Dish On Swiggy For New Year’s Eve

It’s no surprise that biryani is the most ordered dish on food delivery platforms year after year. In December Swiggy’s year-end round-up revealed that it delivers 2.28 biryani orders every second. Let’s admit it. Biryani, whether veg (that’s pulao btw), chicken or mutton is a one-pot meal. Aromatic rice, well-marinated meat paired with spicy salan or soothing raita is all we need to bring the fun home. 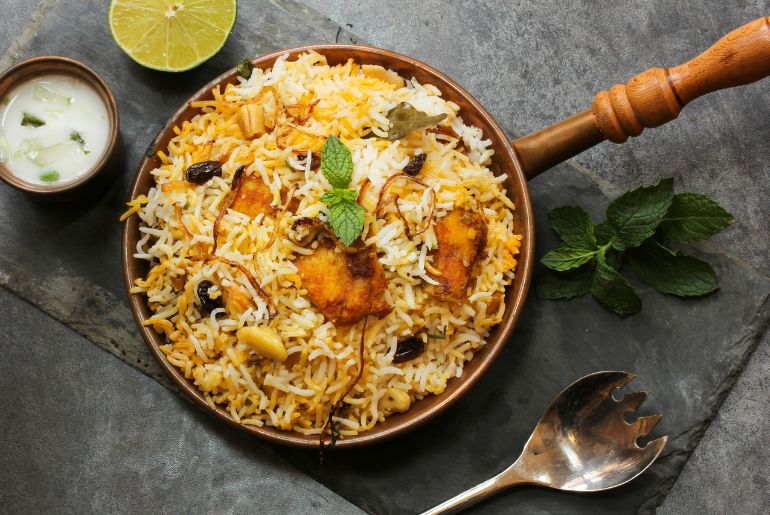 Also Read: These Are The Top 10 Places In Kolkata For The Most Tempting Biryani

So, this New Year’s Eve Swiggy delivered 3.5 lakh biryani orders across India. Hyderabad’s iconic restaurant Bawarchi sold 15,000 kg biryani on December 31. In fact, by 7:20 pm on December 31, Swiggy had already delivered 1.65 lakh biryanis across India. So, the biryani party certainly started well before time. While Hyderabadi biryani was the ultimate favourite for New Year’s Eve with 75.4 per cent of orders. Lucknowi stood second at 14. 2 per cent and Kolkata at 10.4 per cent.

Also Read: 9 Non-Alcoholic Beverages To Start Off Your New Year With

The next favourite party dish for Indians was pizza. Most parties are incomplete without a cheese-loaded pizza. The perfect bar bite was nachos. And soda, perhaps for teetotalers or as a good mixing agent was another common order on Swiggy. Apart from the rich biryani and guilty-pleasure pizza, khichdi was the third most ordered dish on New Year’s Eve. Yes, khichdi! Some Indians decided to start the year on a healthy note by tucking into a comforting bowl of khichdi. It’s perfect for the chilly weather, after all! Swiggy reports that 12,344 foodies ordered khichdi from their platform across India.

The party is already off to a fast start – we have already delivered over 1.3 million orders and counting. Our fleet & restaurant partners are geared up to make this NYE unforgettable. Pro-tip: order early to beat the rush! 😉 pic.twitter.com/KkMKewg6UL

Well, folks, what did your New Year’s Eve order look like? Mine was Chinese!