It’s truly inspiring to come across people in our lives, who defy all odds, jump across all barriers to achieve their dreams. Whether it’s the travel, food or even the sports industry, we have some many incredible people who’ve truly set an example and touched millions of lives. India’s Manasi Joshi, a para shuttler, who lost her leg in a horrific road accident is a world champion. And that’s not all, she featured on the cover of Time Magazine and even has a Barbie Doll created in her image. Read on to know more.

AT the young age of 23 years, Manasi Joshi met with a tragic road accident. It left her with broken arms and an amputated leg. While this accident might have hurt her body, it did not crush her spirits. The budding badminton player, then software engineer trained extremely hard to become an inspirational para shuttler. Manasi Joshi, now 31 years old, told AFP “It has been a journey about learning and accepting different things. Working hard on things that looked hard but are a new normal now. So I have come a long way.”

Also Read: I Did A Solo Trip To Thailand, Vietnam & Malaysia In ₹80K Including Flights, Stay &#038; Adventure Sports The Mumbaikar currently stays in Ahmedabad. Just 5 months after putting on the artificial limb, Manasi won her first gold medal in an office tournament against able-bodied players. She informs media houses that she used her mind, made people run. Manasi admitted that winning the office tournament after her injury boosted her confidence. The software engineer quit her job and joined national coach, Pullela Gopichand’s academy in Hyderabad. In 2016, with the support of her family she became a member of the national para-badminton squad of India. 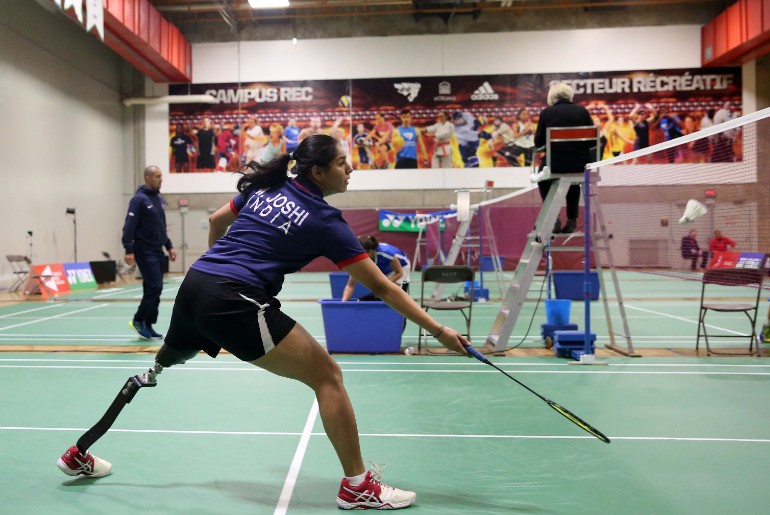 In 2019, Manasi won singles gold at the para-badminton world championships. Time Magazine also featured Joshi on their Asia edition cover for one of the 8 global next-generation leaders. On International Girl Child Day, October 11, she even had a Barbie doll modelled after her. Manasi Joshi currently awaits the delayed Tokyo Paralympics in Japan next year. She trains 6 days a week and sometimes even twice a day.  And we couldn’t be prouder to have such an inspiring role model. Meanwhile, watch this video to get acquainted with an acid attack survivor who is a top model in India.