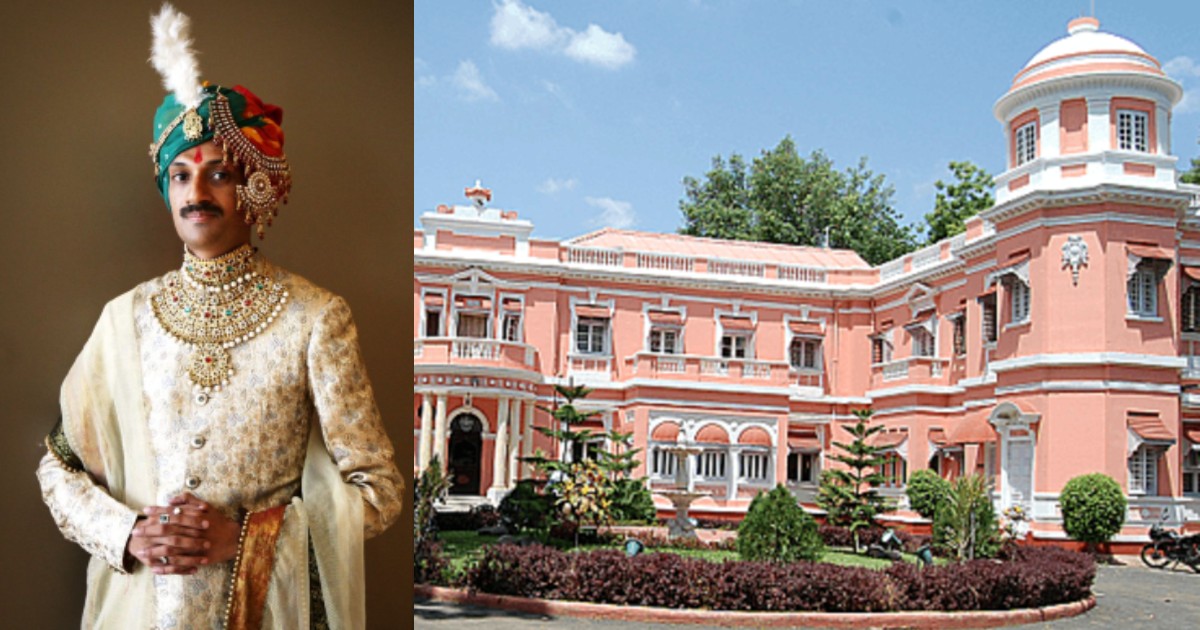 India’s or perhaps the world’s first openly gay prince Manvendra Singh Gohil has now transformed his ancient regal palace into an LGBTQ+ community centre in Gujarat. In Manvendra Singh’s words, Queer Bagh is built with an aim to help LGBTQ peope in distress, especially those who have run away from home or have been told to leave due to their identity. This is a home that provides love, support and empowerment to the wonderful people of the community. This one-of-its-kind centre will have a special place in your heart for its special cause. Read on to know more.

Born on September 23, 1965, Manvendra Singh Gohil is the only child of the Royal family of Rajpipla in Gujarat. Being a child from a conservative family who were a product of their times, he couldn’t fully come to terms with his sexuality. In the 90s he got married to a woman in the arranged marriage setup. During this time, he was able to fully understand his truth. The marriage failed but his parents weren’t accommodative of his gender identity. 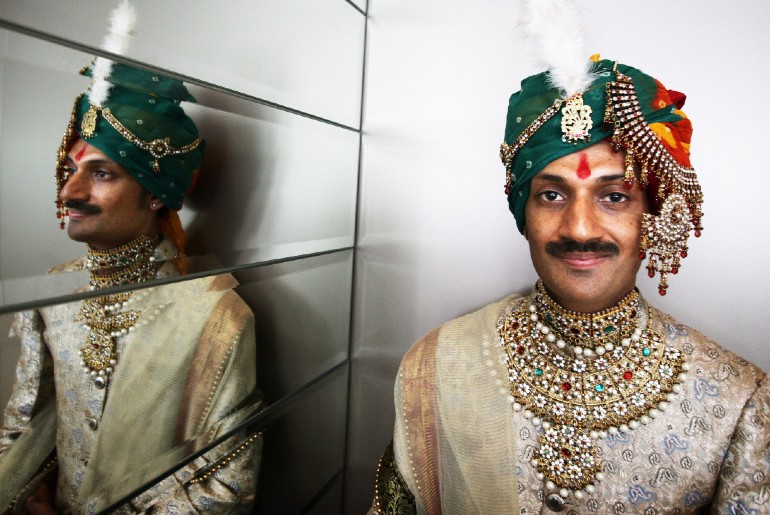 Also Read: 6 Opulent Suites You Can Book In The Palaces Of Rajasthan & Live Like The Maharajas

After visiting multiple psychiatrists, they finally understood what it meant for their son to be gay. Manvendra Singh Gohil came out of the closet and identified himself as gay in 2006. Unfortunately, it wasn’t received well by his community and region. However, he became a global celebrity after Oprah Winfrey invited him over to her show. Manvendra stepped foot in his traditional royal attire and won the hearts of everyone from the LGBTQ community. They were inspired by his utter honesty. Today, he is a renowned Indian personality from the LGBTQ+ community in India. But this is just the beginning for India’s openly gay prince. Manvendra Singh Gohil has now paved the way by converting his royal home into a loving shelter, welcoming queer folk with an open heart. 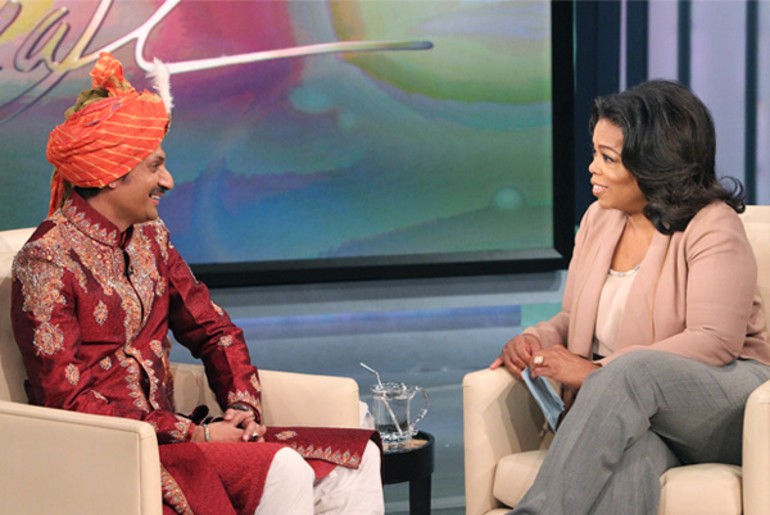 Queer Bagh, nestled in Rajpipla, 60 km from Vadodara, is Manvendra Singh Gohil’s old palace property that has been converted into a community home. Gohil and his team at Lakshya Trust envisioned Queer Bagh to be a place that welcomes people from the LGBTQ+ community who have either run away from their homes or have been asked to leave due to the prevailing social stigma. Forced to fend for themselves, Queer Bagh provides vocational training to such individuals to help them get back on their feet. This is a 10-bed dormitory for trans people.

A post shared by Lakshya Trust for LGBTQ+ (@lakshya.trust)

According to Vibes Of India, Manvendra Singh Gohil, the inspiration for Queer Bagh first occurred to him after talking to his American husband DeAndre Richardson. The pair met online in 2009 and tied the knot in 2013. Initially Queer Bagh was just supposed to be a retirement home for the trans community. Today, it’s modelled around an American LGBTQ community centre. 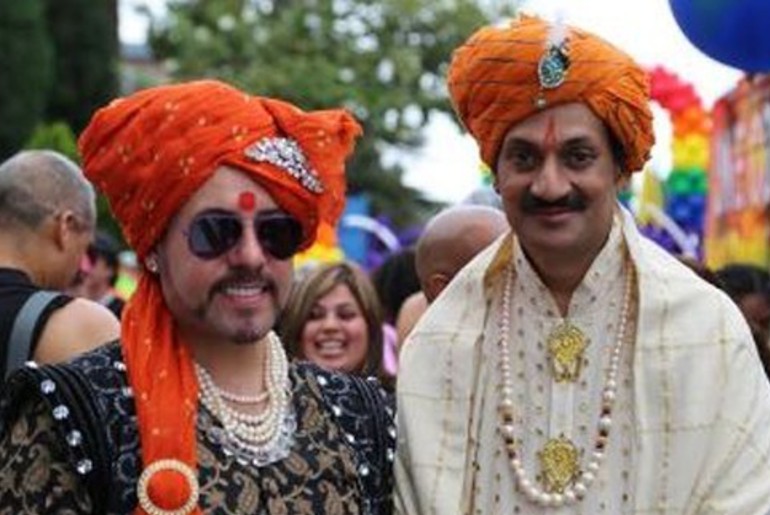 India’s landmark community centre for the LGBTQ people has been set up in 15 acres of land belonging to Manvendra. The royal haveli once hosted the Viceroy of India, Lord Wellingdon and Ian Fleming of James Bond fame. Queer Bagh, newly constructed, has eco-friendly structures, one of which serves as his residence. There’s a library erected from donations from NRI trans woman Riya Patel, who is also developing an organic farm. Manvendra and Riya are investing their own money but they are also looking for donations. More than the gifts, it’s the goodwill that counts says Manvendra to Vibes Of India. 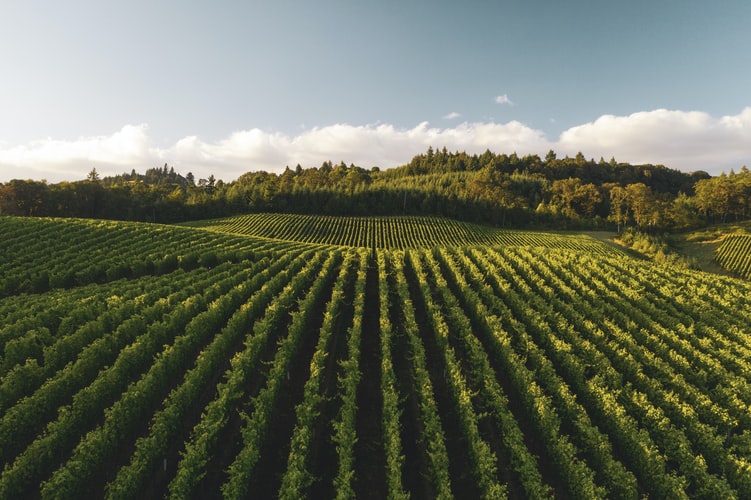 Queer Bagh offers free stay for people of the LGBTQ+ community from India and abroad in exchange for volunteer work. This includes cooking, cleaning and maintaining the property. The place runs entirely on donations. There is no limit on the duration of the visit. One person has even lived here for 4 years. With doctors, psychologists on board, Queer Bagh helps those who have been struggling with their own identity.

Welcomes Everyone From LGBTQ+ Community With Open Arms

Apart from facilities like farm to table food, comfortable dorm rooms, a spacious library, the community centre will also host regional national and international workshops post pandemic. Manvendra revealed that Queer Bagh will serve as a transit home for traumatised young people until they can get back on their feet. He wishes to help young people of the LGBTQ+ community, so no one undergoes what he went through. With this wonderful thought in place, we are proud to create awareness about India’s first community centre for the LGBTQ+. Helmed by India’s first gay prince, Gujarat’s Queer Bagh is not just a community centre but a home to be loved, empowered and supported.