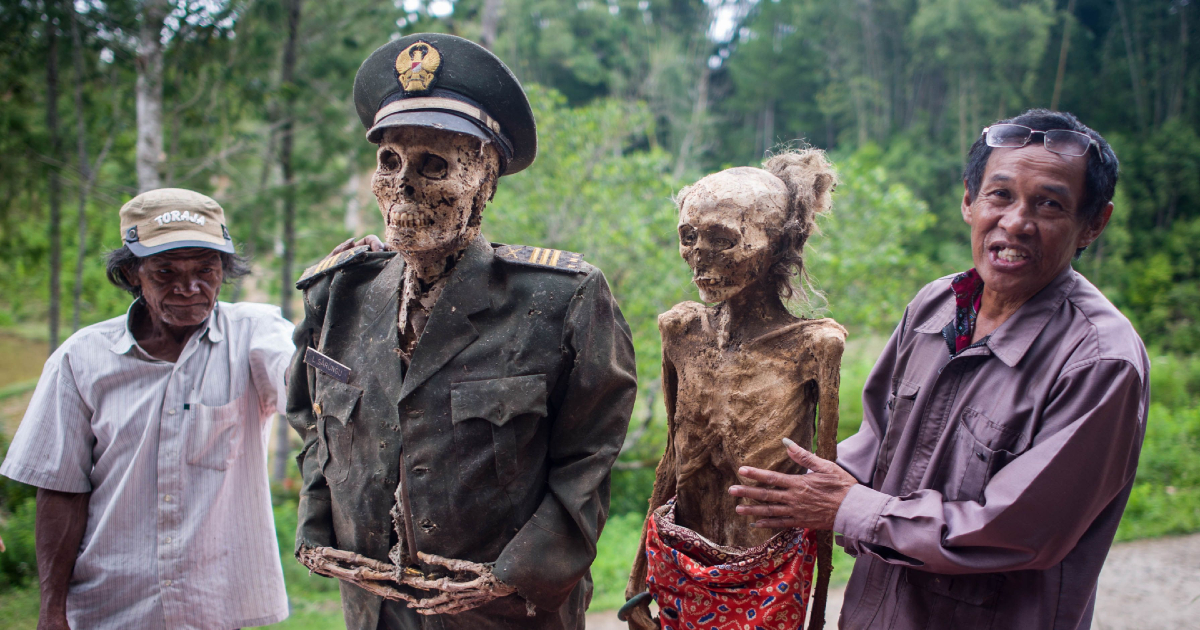 There are many rituals and festivals observed in different parts of the world that often leave us in wonder. And here’s a practice that the people from Toraja, Indonesia follow, that you probably could have never imagined. Once in every three years, they take their deceased loved ones out of their coffins, clean them and dress them in new clothes, to commemorate their lives. This ritual is known as Ma’nene and it is one of the most heart-touching celebrations for the Torajans to stay connected to their closed ones for long, even after their death. Read on to know more.

The Torajans Offer Food, Water And New Clothes To The Departed After Taking Them Out Of Their Coffins

The Torajan people on the Indonesian island of Sulawesi treat the corpses as an essential part of the family. The Ma’nene ritual, in English, means ‘the ceremony of cleansing corpses’. People in the island believe that after death, the spirits of their closed ones remain near and deserve care. Therefore, they offer them food, water and even cigarettes. After the demise of a person, the family members and relatives use preservatives to mummify the body and slow down the process of decomposition, so that they can exhume it after three years. People of Toraja do not treat death as the end of life. Rather, they consider it as a beginning of the spiritual life. After opening the graves, they remove the debris from the corpses and dress them again in new clothes. They also keep the personal items of the loved ones like jewellery, spectacles and more near them. On that note, there is also an offbeat death-themed cafe in Thailand. Buffaloes And Bulls Are Sacrificed

The burial process begins with the sacrifice of buffaloes and bulls. The Torajans then use their horns to decorate the home of the deceased. More horns signify more respect for the departed. Also, the corpses are usually buried in wooden coffins inside rock tombs, instead of grounds. The decreased babies are kept in the hollows of the trees. The people wrap the bodies in multiple layers of clothing to prevent them from decaying. 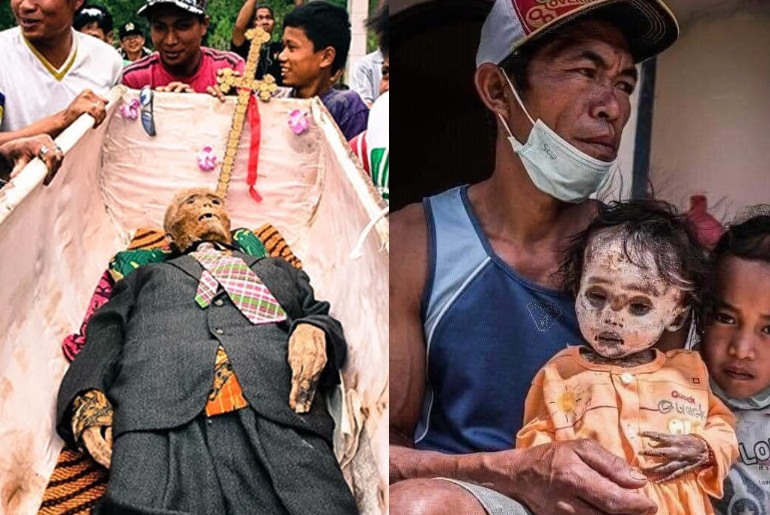 Also Read: The Vatna Glacier In Iceland Is The Largest Ice Cap In The Country

The Funeral ‘Rambu Solo’ Is Expensive

Burial is one of the most important occasions for the Torajans. For their entire lives, many of them try to save money, so that they can have a respectable funeral for themselves and their family members. As a matter of fact, the Torajan funeral, known as the ‘Rambu Solo’ is expensive. The average funeral costing for a family can be thousands of dollars. Thus, in many cases, the families keep their dead members in their homes till the time they can afford a proper funeral. 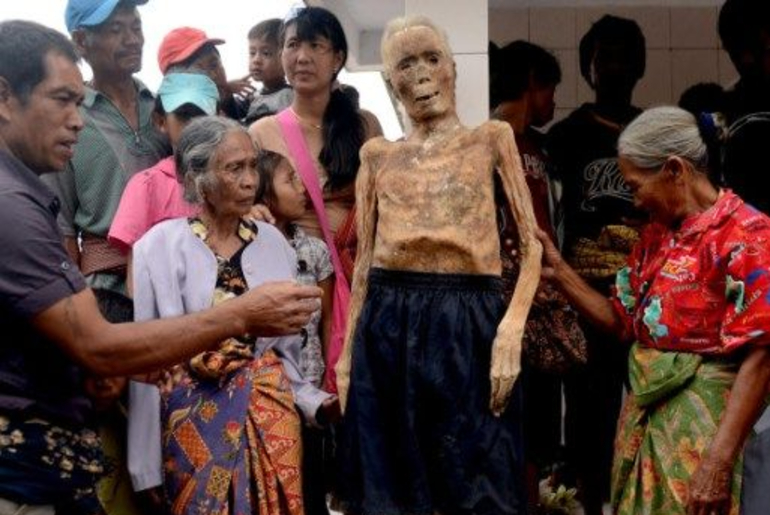 They keep the body in a separate room like a mummy and offer it food, water and clothes. They treat the person as someone being simply sick. Once they accumulate the required amount of money for the funeral, they bury the body near the house and do not exhume the grave until three years. Meanwhile, did you know about the Mutter Museum in Philadelphia that has Einstein’s real brain? 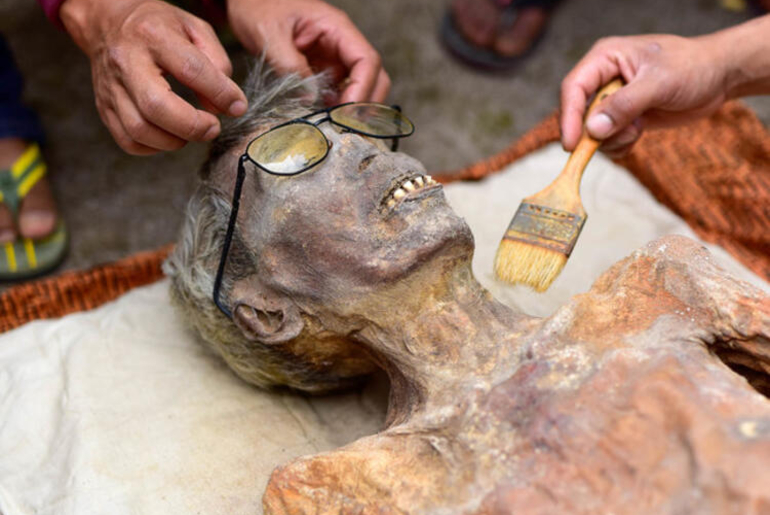 The Ritual Attracts Tourists From All Over The World

The Ma’nene ritual attracts a large number of tourists from all parts of the world. Many of them also click pictures of the ritual after taking permission from the villagers. At the time of the ritual, some men sing folk songs and perform traditional dances signifying grief, to cherish the families and relatives of the departed. While many foreigners consider this ritual as creepy and odd, it is a tradition for the Torajans which keep them eternally entwined with their family members, beyond death, which is beautiful.

Isn’t that a unique ritual that seems fearsome and mesmerizing at the same time? On that note, allow us to take y’all on a virtual tour to Bali, Indonesia.