IPL 2020 In UAE: Everything…
5 Tips To Choose The…
5 Best Dandiya Places In…
Gauri Khan Enjoys Travelling With…

IPL 2020 In UAE: Everything You Need To Know About The Team’s Travel Schedule & Stay 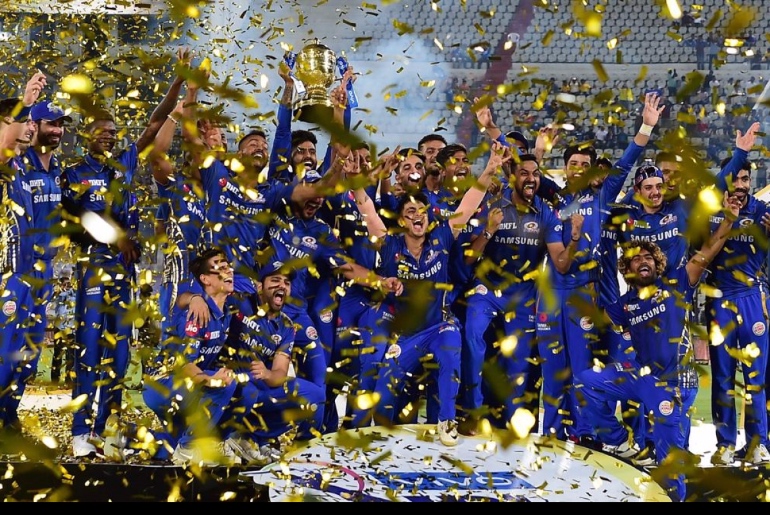 2020 has been a very different year and we’re sure you would all agree. Travel, education and businesses have changed and so have major events across the world. IPL was one of the most awaited events of the year. IPL 2020 was originally scheduled to begin on March 29. But after the Covid pandemic broke out, the event had to be postponed indefinitely.

On Sunday August 2, the governing council of the league confirmed that IPL 2020 will be held in the UAE. The most awaited event will be held at three venues across Abu Dhabi, Dubai, and Sharjah. The matches will run from September 19 to November 10. Players will still have to undergo a week’s isolation and testing before they can join their teams. Meanwhile, here are 7 Summer Staycation Deals In Dubai Where Kids Can Stay For FREE.

Where Will The IPL Teams Stay In The UAE?

As the IPL bandwagon moves to the UAE this year, the owners of the teams have booked players at some of the world’s most luxurious hotels and resorts. The players will be put up at 7 star properties in Abu Dhabi & Dubai. Some of the owners have also opted for beach-front resorts, keeping in mind the current scenario. Besides, the Oberoi, Dubai, will be the official hotel for the BCCI members and its staff.  Here’s a list of where the teams will be staying:

Chennai Super Kings will be staying at Taj Dubai. The luxury hotel is located adjacent to Burj Khalifa. CSK has booked one complete floor at the hotel for its team.

Well, Dubai is like second home for the KKR promoter Shahrukh Khan. King Khan owns a lavish property in Dubai. Besides, the actor has booked one of the best properties of Abu Dhabi for his team. Sharukh’s team will stay in a grand style at The Ritz-Carlton Abu Dhabi, Grand Canal.

Spread across 57 acres, the Ritz-Carlton is located 20 minutes away from the airport. SRK is expected to book a major portion of the hotel for his team.

Reliance’s promoters owned Mumbai Indians will be staying at St Regis, Sadiyat Island in Abu Dhabi. The ultra-luxurious property belongs to the Marriott Group and the team will fly from Mumbai to UAE on 21 or 22 August.

The team is led by Virat Kohli, who is often associated with luxury and style. And as expected RCB will be put up in Dubai’s Waldorf Astoria. The hotel boasts a private beach, six distinct restaurants and lounges and elegant sea-facing guest rooms and suites.

Hyderabad Sunrisers will fly to Dubai on 23 August, making the city their IPL base. The team has opted to stay at Dubai’s popular beach front hotel, surrounded by the breathtaking views of the Arabian Gulf. The resort boasts UAE’s only over the water villas as well as lagoon access rooms. As for dining options, the resort has it all- from the Asian fusion to the Mediterranean, allowing guests to explore a world of flavours.

KingsXI Punjab will fly out on 22 or 23 August. The team will be staying at Sofitel The Palm, Dubai, 500 meters from where RCB’s address in Palm Jumeirah.

The schedule of the 13th edition of the Indian Premier League (IPL 2020) is yet to be officially released by the IPL Governing Council. But, Mumbai Indians captain Rohit Sharma dropped a huge hint on Twitter, revealing their opponent in the first game will be Chennai Super Kings. Also read UAE Announces One-Month Extension For Visitors With Expired Visas.

One of the most influential man in the history of Indian cricket?His impact in & around cricket was massive. He was a man with vision and a master in knowing how to build a team. Will surely miss him in blue but we have him in yellow.

See you on 19th at the toss @msdhoni ?? pic.twitter.com/kR0Lt1QdhG

“We know everyone is waiting for the league’s schedule. But we will still take 7-8 days to finalize the schedule for IPL 2020. We still have to do the recee of the grounds and the stadiums, once all is done we will release the schedules”, said IPL chairman, Brijesh Patel.

Australian and English players will have to wait a little longer before entering the IPL 2020 field. This is because of a series between their countries which starts of 4 September. The series ends three days before the start of the Twenty20 league in the UAE. A total of 29 players from England and Australia are part of the eight IPL squads.

What About The Crowd?

IPL 2020 will be played in front of empty stands in the UAE or a very minimal crowd, which will be permitted in the latter staged of the tournament.

Currently, everyone arriving in the UAE must carry a negative Covid-19 test report. Travellers need not enter quarantine. However, a list of IPL rules will be rolled out by the UAE government. This will also involve testing players three times in the six days after arrival. On that note, ICA Approval NOT NEEDED For UAE Residents Landing In Abu Dhabi.