It Will Only Take 15…
No Increase In Domestic Air…
Wow! This Car Can Transform…
This Hanging Hotel In Peru… 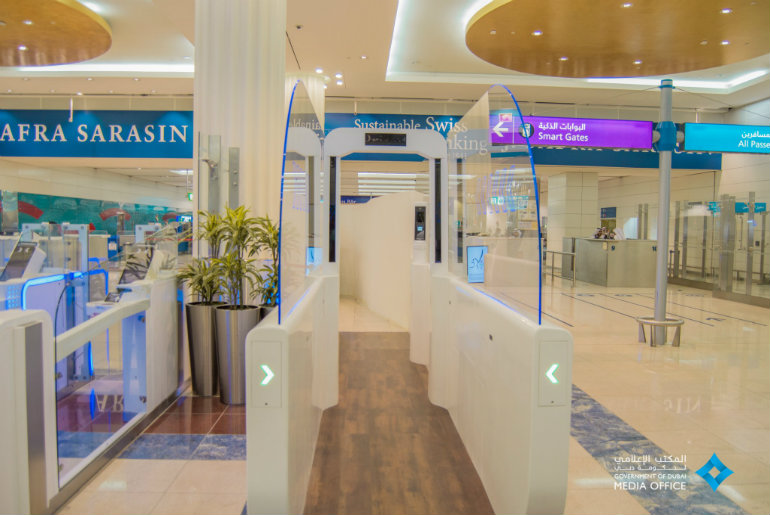 Dubai Airports is currently testing the Smart Tunnels which will allow passengers to get through Passport Control in just 15 seconds.

Airports can get stressful a lot of times with long queues at the check-in and immigration. Dubai airports are aiming to be one of the most convenient and fastest airports in the world. Being the busiest airport in the world with an operating time of 24 hours round the clock, it surely gets tiring to get through. To enhance customer experience, Dubai International Airport has introduced Smart Tunnel which will speed up and reduce the time of passport control to just 15 seconds.

The new Smart Tunnel is introduced to reduce the time of traditional passport control to one of a kind home built technology. The smart tunnel uses biometric technology, instead of human checks, that allows completing passport control in just 15 seconds. The smart tunnel is currently under beta version and is being tested in Terminal 3 Departures.

This Hanging Hotel In Peru Lets You Stay...

Wow! This Car Can Transform Itself Into An...

No Increase In Domestic Air Fares During Festive...

Vagamon In Kerala Gets Green Checkposts To Curb...

Haridwar To Ferry Pilgrims And Tourists Via Hovercrafts...

Wow! This Car Can Transform Itself...

No Increase In Domestic Air Fares...

Vagamon In Kerala Gets Green Checkposts...