The Japanese are well-known for their innovation and technology! In another out-of-the-box attempt (literally), they’ve created a makeshift hotel of cardboard beds on one of their airports for overseas travellers awaiting test results. 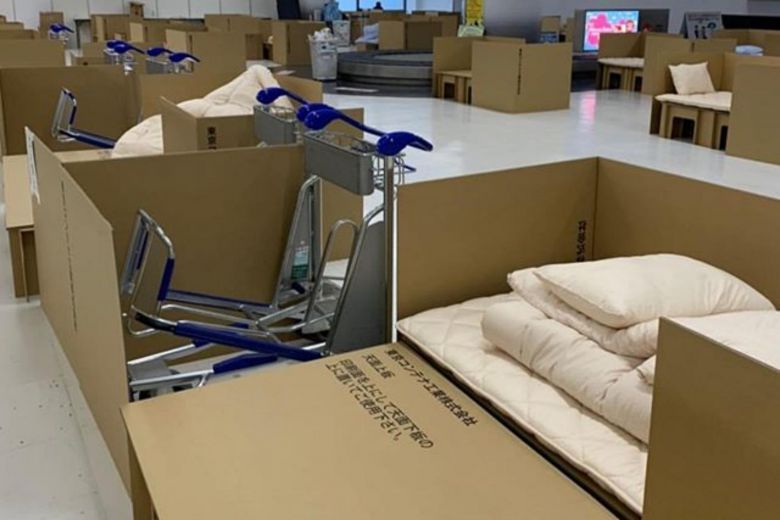 Japan’s Narita Airport is offering passengers arriving from abroad an impromptu hotel made of cardboard beds and quilts. Created in its baggage-claim area, passengers awaiting their COVID-19 test results are asked to wait here.

The beds are made of heavy-duty cardboard and contain a mattress and a quilt. Such beds are used usually used in evacuation centres during disasters or to make any kind of temporary bedding.

Results can come as quickly as six hours, but delays can take as long as one or two days. According to a Health Ministry official, the cardboard beds have been readied in case nearby facilities currently being used to house passengers are full. These passengers are forbidden from using public transportation, so those having nobody to pick them up end up waiting, he added. 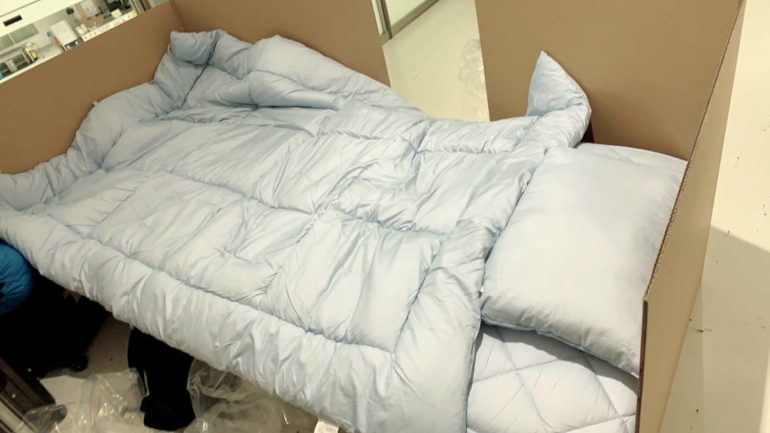 People On Social Media Have Criticised The Arrangement

Narita airport has closed one of its runways as most flights at the hub are not in operation. But, a few planes are still landing, with passengers from the United States and Italy, who are required to undergo tests for the coronavirus virus before they head home.

People on local social media have criticized the arrangement, saying it could actually promote the spread of the deadly disease. However, according to the official, “As far as I know the beds haven’t been used yet – or if they have, it’s only been very briefly.”

Only last week, Japan had declared a state of emergency in major population centers. The number of cases in the country is at least 7,400 with 137 deaths.