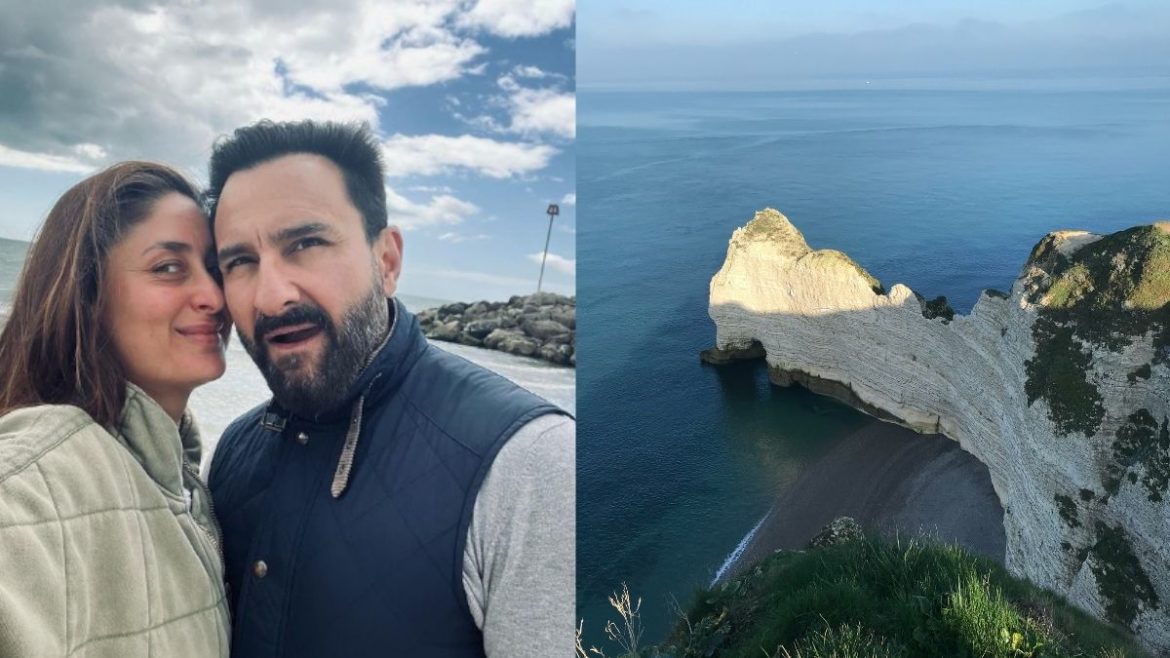 Most of Bollywood is abroad travelling and sightseeing, especially with the travel and mask mandate slowly easing in almost 98% of the countries. And, needless to say, they are putting up all the updates on their social media accounts for their fans to see and of course, give them real travel goals. Actor Kareena Kapoor Khan shared a sneak peek into her vacation moments with her husband Saif Ali Khan on the English Channel.

Kareena Kapoor Khan shared a few glimpses from her vacation with Saif Ali Khan by the shores. Both of them looked gorgeous in the background of the sea. She captioned the post as, ‘Beach Pe a Jacket and a Kiss…the English Channel …
#Is that summer in England?😍.’ She even shared a selfie with no make-up looking perfectly flawless. 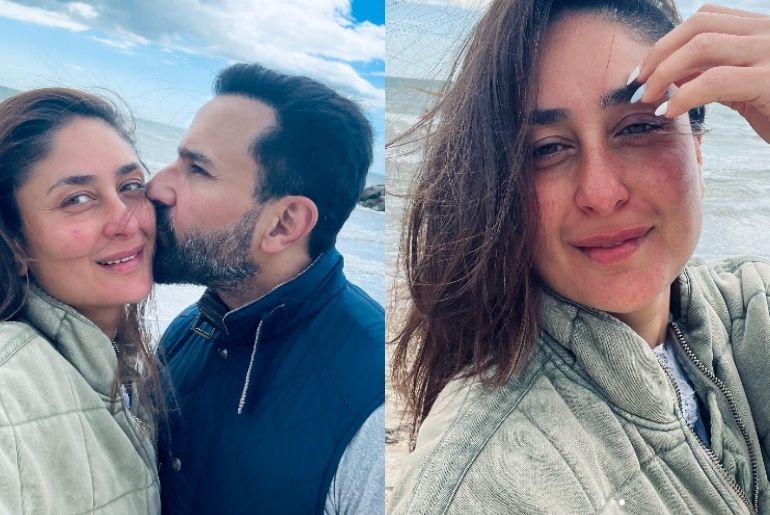 Kareena & Saif Travelling On A Holiday With Their Kids

The popular couple has been spending their vacation time in the UK with their kids, Taimur (Taimu) and Jehangir (Jeh). Kareena Kapoor Khan even, took to Instagram to share a mesmerising photograph of herself holding Jeh, in the background of a picturesque rainbow. She captioned a meaningful post for her son. She wrote, ‘Can we cuddle under a rainbow always and forever…?? 😍😍 cause there is nothing else I want or no where else I would rather be…♥️ #MyJeh baba… 🥰 #Summer2022.’

Kareena will be next seen in Laal Singh Chadha, featuring Aamir Khan, Mona Singh and Naga Chaitanya. The film is all set to release on Aug 11 this year. She has another upcoming project for a digital debut with Sujay Ghosh’s directorial. The film will be featuring Jaideep Ahlawat and Vijay Verma. This will be Kareena’s first Netflix debut. With these, Kareena has a couple of more projects in the pipeline. The good news for Kareena’s fans is that she will be finally making her comeback to the big screens.