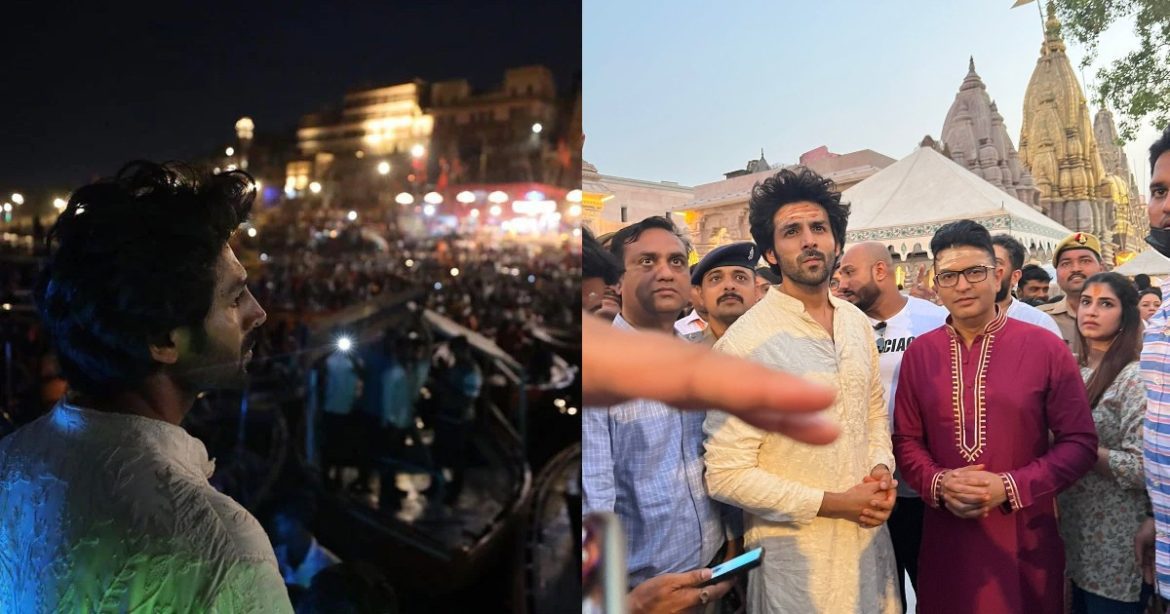 Kartik Aaryan has been riding in the immense sucess of Bhool Bhulaiyaa 2. The horror comedy film also starring Kiara Advani and Tabu, has been a box office success where Kartik Aaryan himself couldn’t get a ticket to watch the film as it was houseful. Now, to celebrate the success of the film and thank the divine, the actor visited Varanasi, where he performed Ganga Aarti.

Kartik Aaryan visited the holy city of Varanasi. A source close to the actor revealed to Filmfare that Kartik made a mannat ( wish) to visit Varanasi if his film became a hit. He prayed to Lord Shiva at Kashi Vishwanath temple and also performed Ganga aarti in the evening. Huge crowds of people emerged to catch a glimpse of the star. Kartik Aaryan shared pictures of his holy visit.

Also Read: You Can Shop From Ganga Mein Haat Coming Up Along The Holy River

Earlier, he had also visited Siddhivinayak Temple in Mumbai to seek the blessings of Lord Ganesha. He also whispered his wishes into Mooshik’s ears at the temple. In an interview with Curly Tales, Kartik revealed that the film was shot at a spooky haveli near Lucknow. He admitted to experiencing an eerie element in the ambience. There were owls flying around and the locals believed that there was something eerie below or near the haveli, 100 years ago. Well, watch the entire interview below.