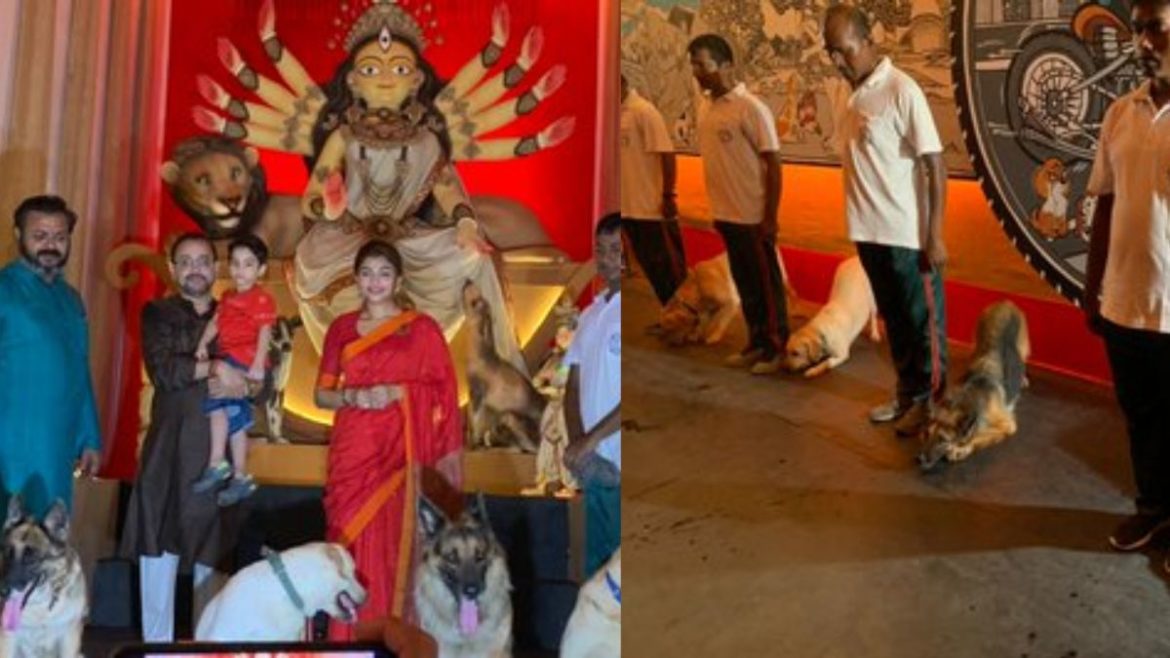 After a two-year hiatus, Kolkata is celebrating Durga Puja in full swing. The City of Joy has a special pandal this year, that animal lovers can’t stop appreciating. Bidhan Sarani Atlas Club is Kolkata’s first pet-friendly pandal. It was set up to send across a message to treat stray dogs, kindly. A team of four from the Kolkata Police Canine Squad were the chief guests at this pet-friendly pandal in Kolkata.

Kolkata Police shared cute pictures on social media of the same. “Yesterday, four members of the dog squad, Labradors Molly and Camphor and German Shepherds Liza and Dinky were the chief guests at the opening ceremony of Kolkata’s first pet-friendly Durga Puja, courtesy of the Bidhan Sarani Atlas Club.” They wrote.

In one of the pictures, you can see two dog sculptures at the feet of Goddess Durga at the pet-friendly pandal. In another photo, the four guests of honour (two Labradors and two German Shepherds) can be seen standing on stage with their handlers while the family poses together.

Also read: Durga Puja enters the metaverse for the first time; be part of meta pujo this year

where the asur usually stands — and pray to the God for protection. Meanwhile, the “asur” is seen riding a bike and crushing a puppy under the wheel – a depiction of people who hate pets and torture stray animals.

How Did Netizens React?

As soon as Kolkata Police shared the images, Netizens lauded this initiative. “Undoubtedly this is the great initiative of first this puja.” Commented one user.  Another commented, “WoW commendable👍Gr8 initiative”.

Have a look at some of the pawesome reactions:

Olebabale 🥰🥰 Great!! Thanks to the Puja Committee… ❤️

So, what do you think of this pawesome initiative? Do let us know!!