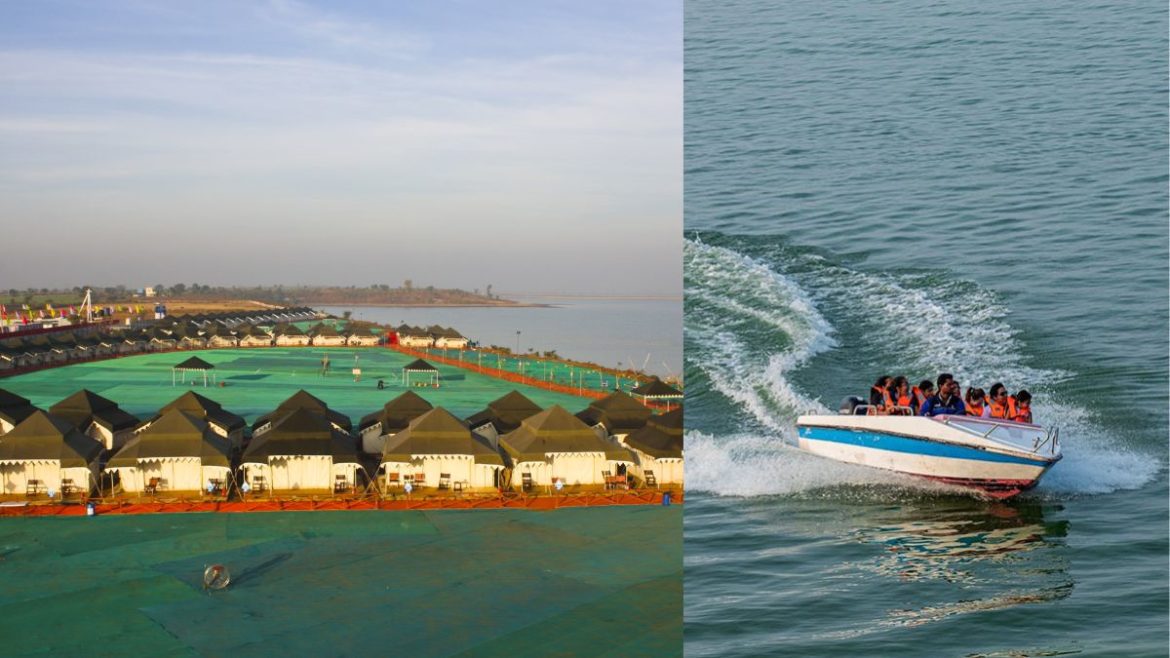 Madhya Pradesh houses India’s largest water carnival, called “Jal Mahotsav.” The two-month-long event is organised on Hanuwantiya Island every year. The massive event has already begun and will run until January 28, 2023. Citing its popularity, the Madhya Pradesh state tourism board has decided to develop more such projects to promote water-based tourism. For this, they have also zeroed in on about 15 sites.

MP Tourism Board’s Principal Secretary for Tourism and Culture Department and Managing Director, Sheo Shekhar Shukla, made some interesting revelations. He said that just like Hanuwantiya Island, other islands around the Indira Sagar Lake will be developed as tourism destinations.

They are looking at creating similar experiences and opportunities as Jal Mahotsav in the state. People can expect more water-based, nature-based, adventure activity-based, cultural and heritage-based, etc. projects on these 15 sites. They will also develop tent cities based on the PPP model and curate experiences based on the area.

Also Read: Go Camping In The Jungle At These Stunning Destinations In Madhya Pradesh

Madhya Pradesh’s Jal Mahotsav is now an internationally acclaimed mega event. Many people from various parts of the world come here to experience various water-based adventures. The Hanuwantiya island, which hosts these activities, is fondly called Madhya Pradesh’s Goa. It has become a hub for all adventure enthusiasts.

The Tent City on Hanuwantiya Island is located on the backwaters of the Indira Sagar Dam. It houses over 104 luxury Swiss tents and an AC conference hall. The tents are well-equipped with all the necessary and luxurious facilities for the travellers. They have both AC and non-AC Deluxe tents, a Royal Suite, and even dormitories for travellers to choose from as per their preferences.

Are you excited for these new developments? Let us know below.