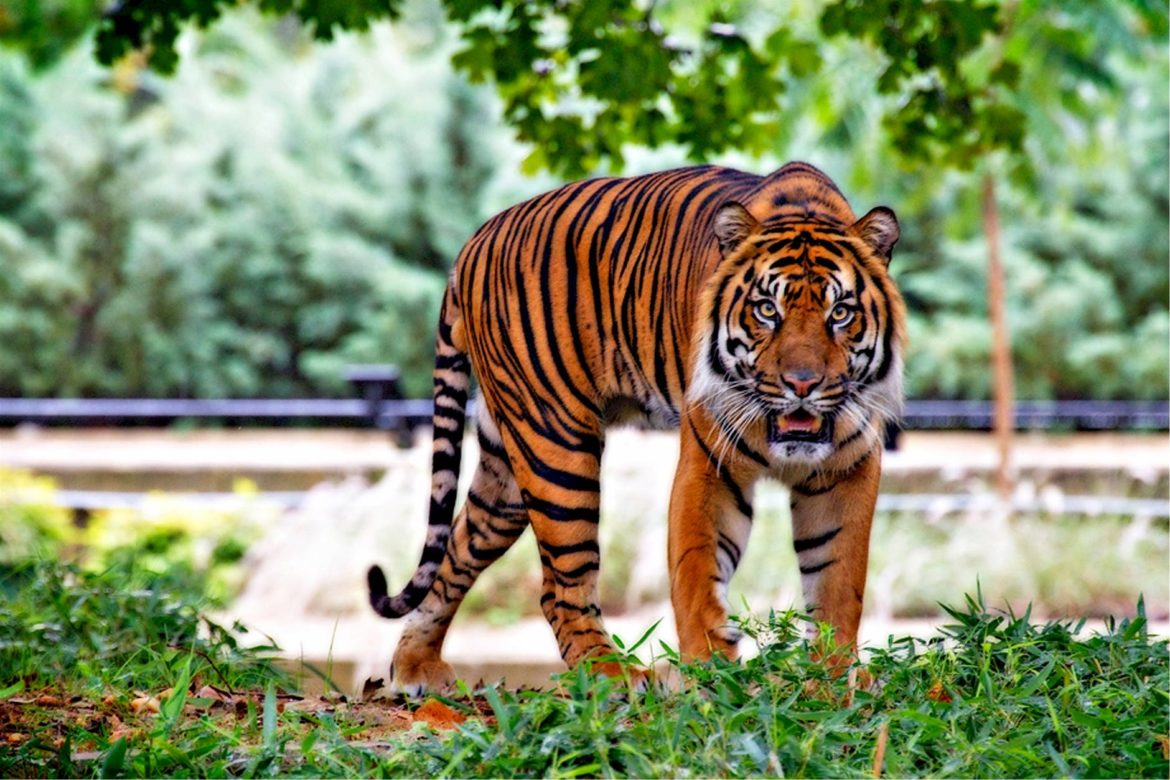 If you haven’t visited Bangalore’s famous Bannerghatta National Park yet, then here’s a ferocious reason why you should. Apart from their interesting adopt animal initiatives, this park had an interesting altercation with a big cat. A Bengal tiger dragged a tourist vehicle with his teeth. The playful yet curious tiger tried to bite the rear end of the tourist vehicle with people. A viral video shows the bumper of the vehicle in between the tiger’s powerful jaws. Read on to know more.

Tiger Approaches & Plays With The Vehicle Out Of Curiousity

Vanashree Vipin Singh, Executive Director of the Bannerghatta Biological Park stated to Deccan Herald, “The vehicle was static for a while due to battery issues and the driver could not start it again. As the vehicle was stranded, the tiger out of curiosity approached and played with the vehicle. Later, the vehicle was towed safely by our rescue team.” She further informed that this video is 2 months old. Since the tigers are rescued and bred under captive conditions, they are pretty used to people. 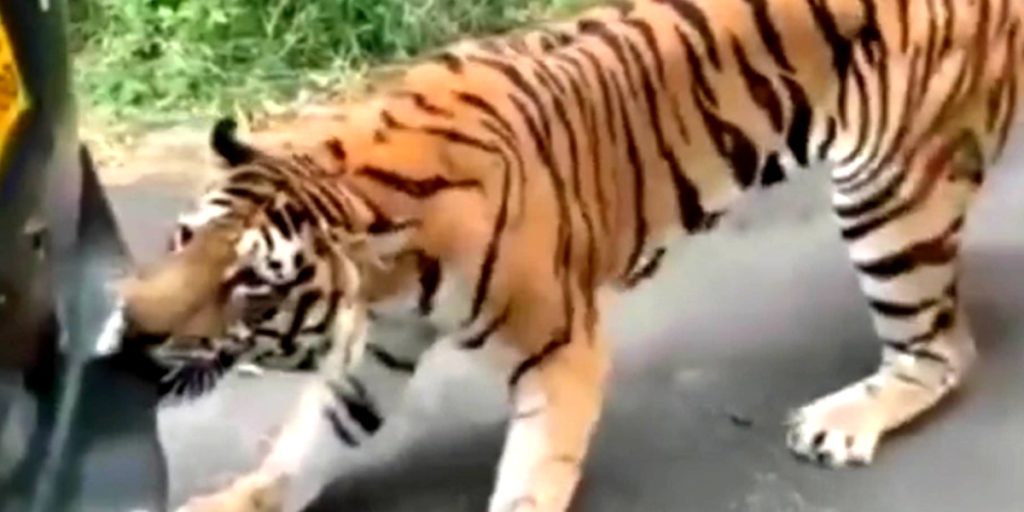 Also Read: Looking For Places To Visit In Bangalore? Here Are 12 Iconic Ones!

Ms Singh assured people that the animal wasn’t aggressive. If it had been then it would have jumped on the vehicle and attacked everyone. This video shared a few days ago has already garnered over 18,000 views and hundreds of shocked reactions. Meanwhile, if you wish to go on a unique safari, then here’s a fun video of MP’s jungles of Kanha.