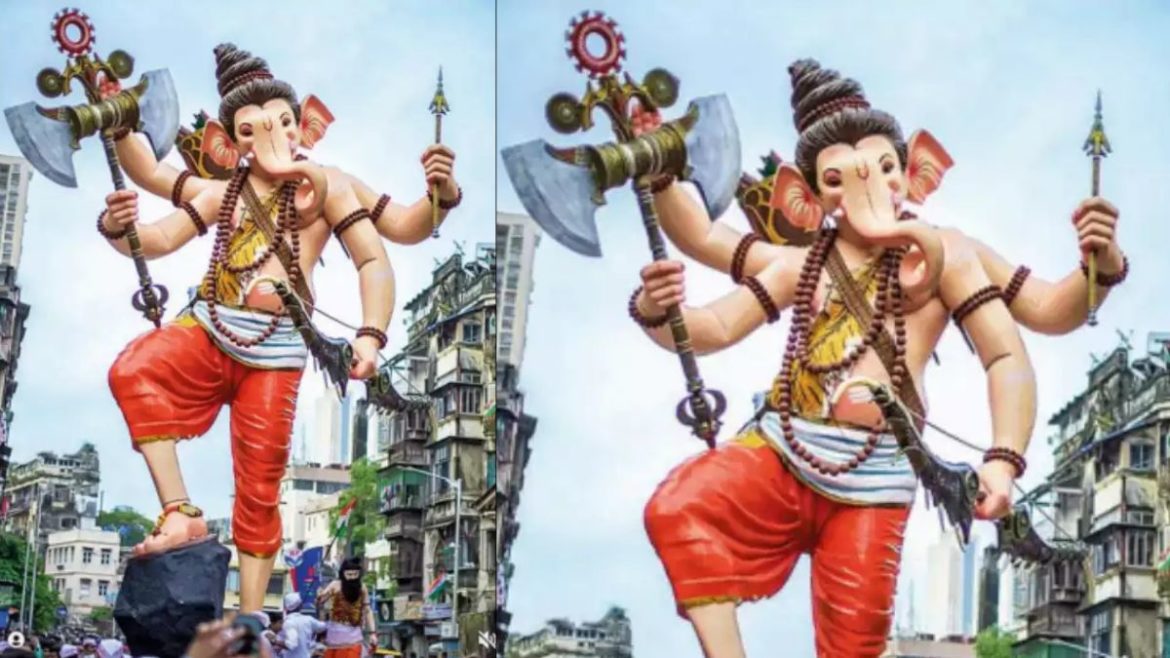 Maharashtra’s favourite festival Ganesh Chaturthi is just around the corner and we cannot keep calm. The atmosphere is ready to be filled with zest, sound of dhols and the fragrance of fresh modaks once again after a gap of two years. Maharashtra’s Mumbai city every year has the most unique and large idols which attract many visitors. This year, Mumbai’s Khetwadi welcomed Maharashtra’s tallest Ganesh idol with a height of 38 feet.

This year, Ganesh Chaturthi will begin from 31st August and everyone is super excited. As people will be celebrating Ganesh Chaturthi after a gap of two years owing to the pandemic, Chief Minister Eknath Shinde announced no restrictions on the height of the idols. Mumbai is known for the various unique and amazing Ganesh idols by pandals which attracts many visitors every year. This year, Mumbai’s Khetwadi residents welcomed Maharashtra’s tallest Ganesh idol with a height of about 38 feet. ‘Khetwadi cha Lambodara’ who is famously known as ‘Mumbaicha Maharaja’ has appeared on the 11th lane of Khetwadi and is the tallest in Maharashtra. The idol has been set up as Parashurama, Lord Vishnu’s incarnation. 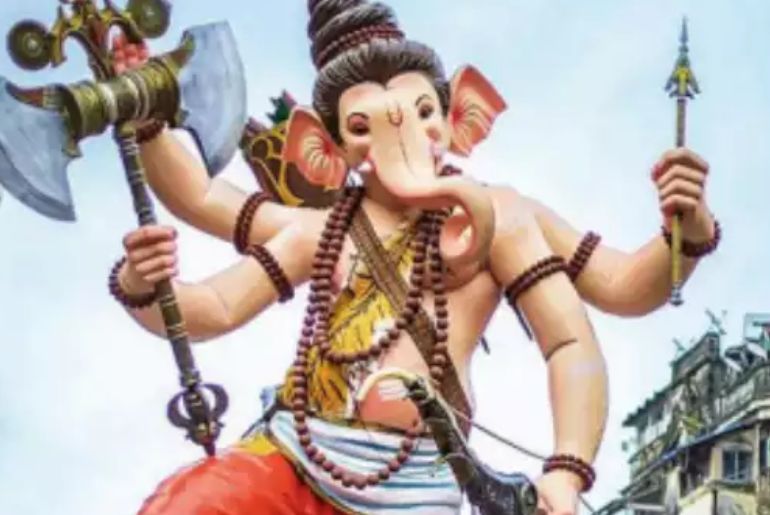 Mumbaicha Maharaja Is Mumbai’s One Of The Most Famous Idols

Due to the injustice done to his clan, Parshuram killed 21 generations of Kshatriyas. He recognised Lord Ram as a fellow Vishnu avatar and put down his parashu (axe) as soon as he saw the revered kshatriya after Ram broke the bow at Sita Swayamvar. One of Mumbai’s most magnificent Ganesh statues is the Mumbaicha Maharaja. The mandal was founded in 1959, but it only became well-known in 2000 after creating the 40-foot-tall Ganesh idol that is the tallest in Indian history. The figure is adorned with genuine gold jewellery. This year the idol is 38 feet tall and Murtikar Kunal Patil is credited with mounting the Ganesha idol. 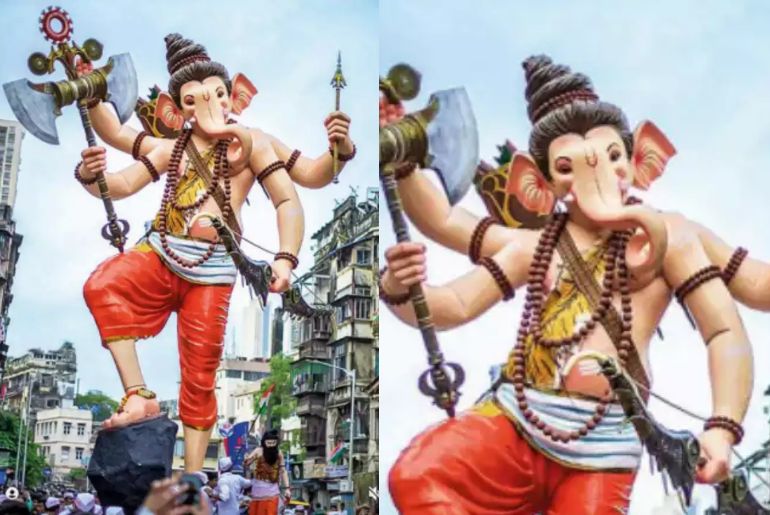 Also Read: 5 Best Pandals In Mumbai You Need To Visit This Ganesh Chaturthi