After the religious places opened up in various Indian states as part of ‘Unlock 1’ of lockdown, the Pashupatinath temple in Mandsaur, Madhya Pradesh launched something unique to maintain social distancing. And that’s a contactless bell. As per ANI reports, an elderly Muslim man named Nehru Khan has installed the bell in the temple premises. In Khan’s words, just like the way they listen to azan, he wanted the clanging of the bells to be heard. Therefore, he installed this special kind of bell, that works on a sensor. Read on to know the details.

The contactless bell inside the Pashupatinath temple operates on ‘proximity sensor’ with which it is capable of detecting the presence of nearby objects without any physical contact. When there are objects near the technology-induced sensor, the bell rings automatically. As per the temple authorities, the devotees are happy with this new installation. 62-year-old Nehru Khan had collected the sensor from Indore and created a machine at a factory cost of around ₹60,000. He had then presented the bell to the temple authorities. The centre had allowed the reopening of shopping malls, places of worship and restaurants on 8th June, 2020. The Pashupatinath temple opened doors on the same date, after a gap of nearly 76 days. Madhya Pradesh national parks are also set to reopen on 15th June.

#WATCH Madhya Pradesh: Contactless bell has been installed at Pashupatinath Temple in Mandsaur. Temple administration says, "It works on proximity sensor (able to detect the presence of nearby objects without physical contact)". #COVID19 (12.06.2020) pic.twitter.com/4ngoGDh0Mp

Apart from the devotees and temple authorities, many netizens too praised this new concept. One user commented, “Science helping religion. Wonderful!”. Another user tweeted, ” A new invention for the places of worship”. When the number of coronaviruses cases are increasing in the country, an innovative approach like this was much required. Madhya Pradesh has recorded around 10, 641 confirmed coronavirus cases with nearly 447 deaths. On the brighter side, around 7377 patients in the state have already recovered. Meanwhile, you can also read about the Ram Raja temple in Madhya Pradesh’s Orchha town, which is the only holy shrine in the country where Lord Ram is treated like a king. 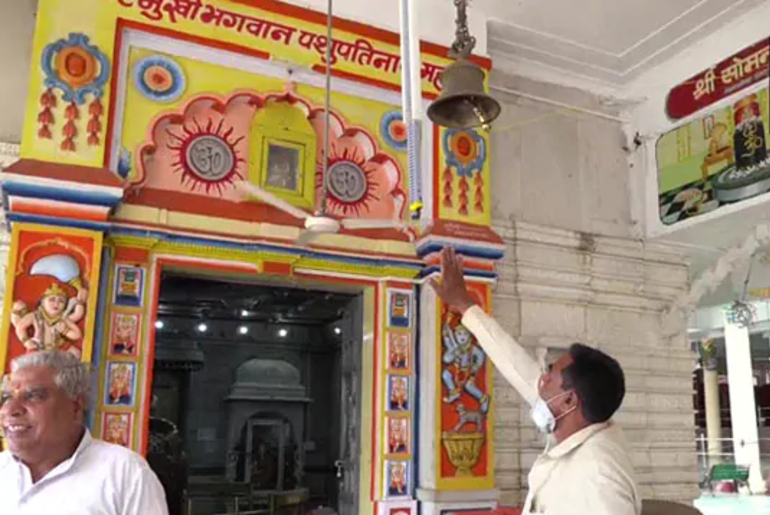 Kudos to Nehru Khan and the temple authorities for such an outstanding initiative to make worship ‘contactless’ at the time of crisis! On that note, let us take you’ll on a tour through the lush green jungle of Kanha in Madhya Pradesh.