One-Fifth Of The Earth’s Ocean Floor Is Now Mapped

Researchers have now mapped about one fifth of the Earth’s ocean floor. The project took of in 2017 and is expected to be completed by 2030. As of now, 6 percent had been mapped to modern standards. ‘Seabed’ 2030 is the joint effort of the Japan-based Nippon foundation and the intergovernmental organization the General Bathymetric Chart of the Ocean (GEBCO).

Meanwhile, did you know A Rare ‘Super Earth’ Was Recently Discovered By Astronomers? 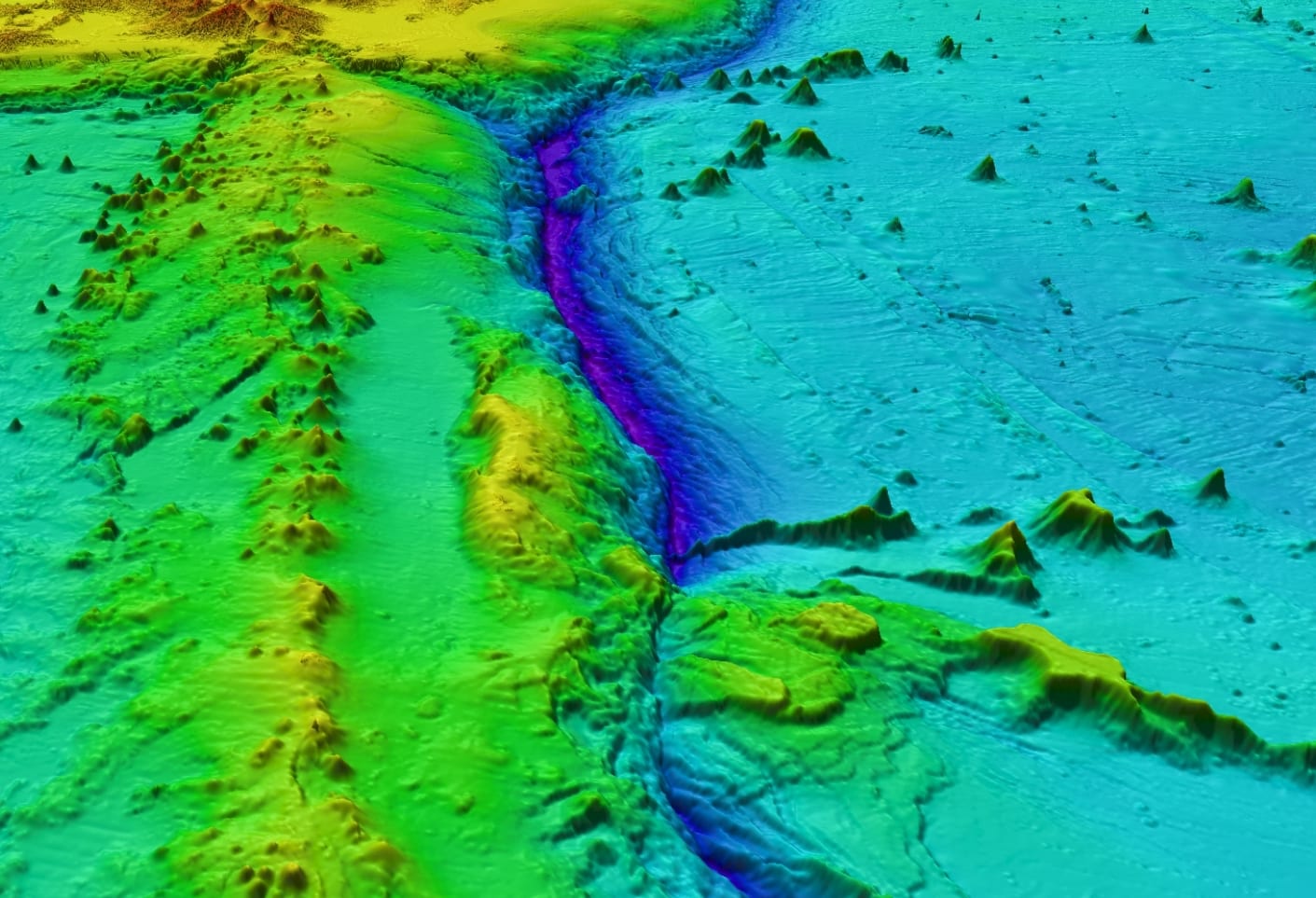 Why Is This Done?

Mapping the ocean floor will help scientists understand how tsunamis are formed and how sea levels rise as a result of climate change. The map will also help industries looking to exploit oil, gas, and minerals in the deep sea. Furthermore, the map will also help telecom companies laying cables under the sea from coast to coast. The maps and data collected so far are available to the public. As of now an area double the size of Australia has been covered. And that leaves researchers with an area twice the size of Mars.

Jamie McMichael-Phillips, director of the project, said: “It’s encouraging to see what working collaboratively, across the globe, can achieve. Seabed 2030 will continue to seek out new partnerships and technological advancements.”

On another note, the Earth’s North Pole Starts Moving From Canada To Russia At 60 Km Per Year.

How Is It Done?

Multibeam echo sounders are used to send sound pulses down to the seabed from ships. This helps to figure out what the ocean bed looks like and also helps calculate the depth by measuring how long it takes for the ping to bounce back up to the surface. However, the process is not as easy as it sounds. The topography of the sea floor gets harder as the water gets deeper.

It would approximately take 350 years for one ship to survey 93% of the oceans deeper than 200 meters. ‘Seabed 2030’ obtains information from governments, academic researchers, and commercial ships. Later on, vehicles which do not need human intervention might also be used to cut down the time, cost, and labour that it is needed to make the project successful. As of now, Seabed 2030 could cost an estimated $3 billion.

Meteorologists state that 2020 is most likely to be earth’s hottest year on record. And even though humanity is currently home quarantined, and nature is healing and showering us with better air quality, cleaner rivers and greener parks, this year is still going to get very very hot. Researchers at the US National Oceanic and Atmospheric Administration (NOAA) state to the Guardian that there is a 75 percent chance that 2020 is going to be the hottest year recorded ever, in the history of humanity. Even though we have witnessed a significant reduction in emissions and pollution levels due to the coronavirus lockdown, the situation isn’t going to get any better. Scientists reveal that a ton of greenhouse gases are already trapped in the atmosphere. As per NOAA, this year will definitely be listed in the top hottest years ever recorded, even if it isn’t hotter than the hottest year ever recorded i.e 2016.

Karsten Haustein, a climate scientist at the University of Oxford stated “The emissions will go down this year, but the concentrations keep on rising. We are very unlikely to be able to notice any slowdown in the built-up of atmospheric GHG levels.” She further revealed to the Guardian, “’But we have the unique chance now to reconsider our choices and use the corona crisis as a catalyst for more sustainable means of transport and energy production (via incentives, taxes, carbon prices etc).” In a report by NASA’s Goddard Institute for Space Studies, it’s revealed that there is a 60 per cent chance that 2020 will surpass 2016’s record temperatures.