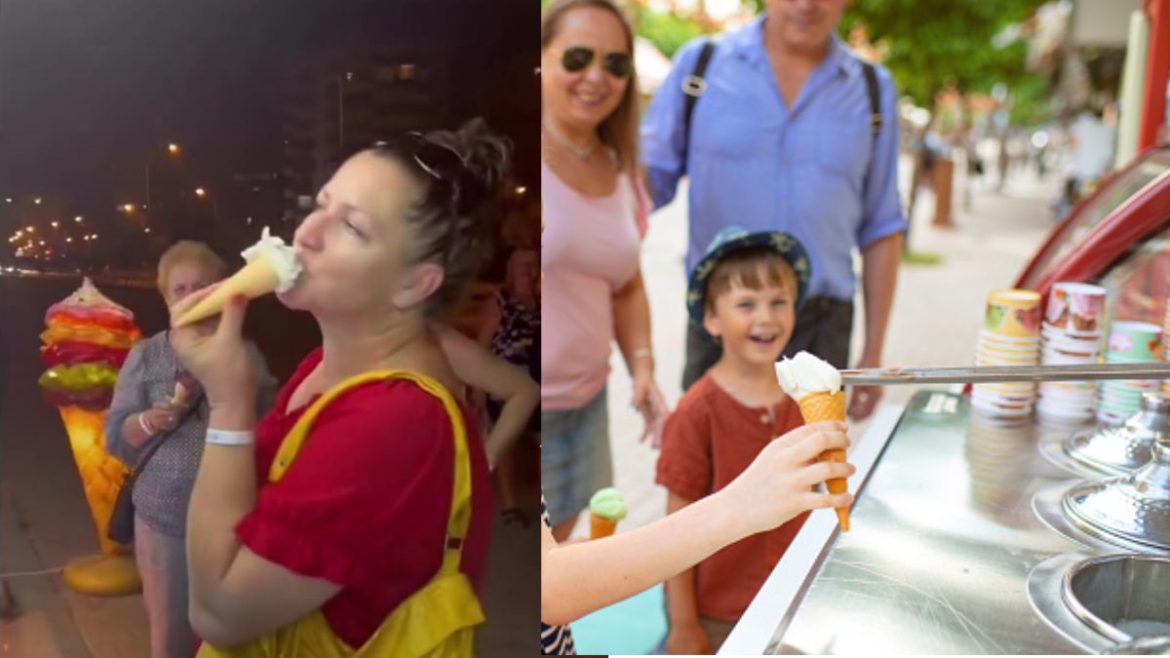 It’s a daunting task to get your ice cream cones easily from a Turkish vendor. The internet is flooded with videos of people being stunned by Turkish ice cream vendors. However, it is rare to see them get tricked instead. Well, things are changing. A woman decided to flip the tables by playing a prank on the vendor. With her excellent reflexes, she managed to grab the ice cream right out of his hand, leaving him stunned.

In the viral video, the Turkish vendor as always was trying to trick customers. Initially, he was playing around with a scoop of ice cream thinking the woman can’t grab it. But she smartly managed to grab the scoop right out of his hand. Next, the vendor began playing with the cone. And, then the lady again smartly managed to get the cone too. This left the ice cream prankster in shock.

With an empty cone in one hand and ice cream in the other, she comfortably enjoyed her ice cream cone.

The video was shared on Instagram by @moistnlover and @theloversayings, but credit goes to @tinasy444 who recorded the video. Her mother appears in the video and manages to trick the vendor. @moistnlover captioned the video as “Never let em know your next moist move 😈Ⓜ️”

Also read: Try Out This Turkish Ice Cream In Delhi At Twisting Scoops

This video has over 19M views, 2.1M likes, and 1,118 comments. “Who said the queen is dead???” commented one user. “I love the passive-aggressive laughs from both sides 😂” commented another. “She’s the main character” commented third.

Also read: Woman Does Salt Prank On Husband &#038; Kid And Their No-Reaction Reaction Is Winning Hearts

Wasn’t this an interesting prank? What do you think of it? Let us know in the comments below.