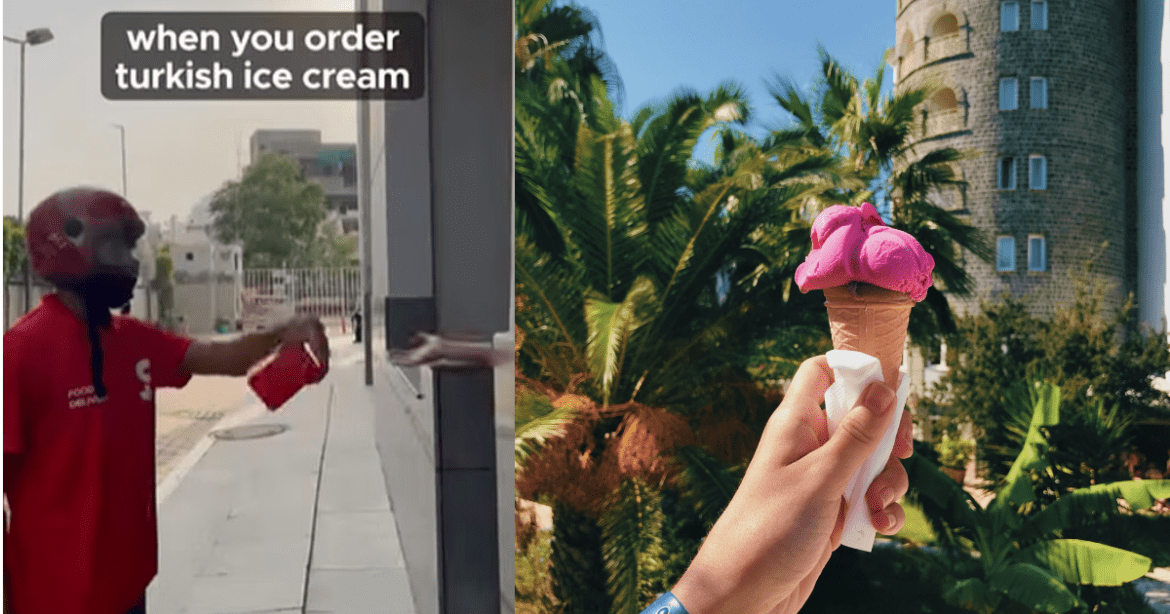 If you’ve tried Dondurma or Turkish ice cream, you’d know that it stands apart from other ice creams for a special reason. Yes, it’s made of mastic which gives it a gummy texture. But we’re talking about the unique way it’s served. Turkish ice cream is served in a trick manner where the cone is pulled away by the seller. The ice cream seller even juggles the ice cream like a juggler in a circus. Since it’s gummy in texture, it can be thrown around without spilling. A Zomato delivery agent recently served a parcel to a customer in a trick style, just like an ice cream seller in Turkey. Read on to know more.

If you’ve ever eaten Turkish ice cream, you’d know the seller also tricks you with an empty cone. This fun video went viral. Foodies who’ve had Turkish ice cream before could totally relate to it. It garnered over  8.4 million views. Many netizens took to the comment section saying they’ll play similar tricks while paying the bill too. Another called it ‘haath ki safai’. Meanwhile, have you tried Delhi’s 24 karat gold ice cream?