Priyanka Chopra Gorges On Golgappas At SONA; Gets Papped With Nick, Malala & More! 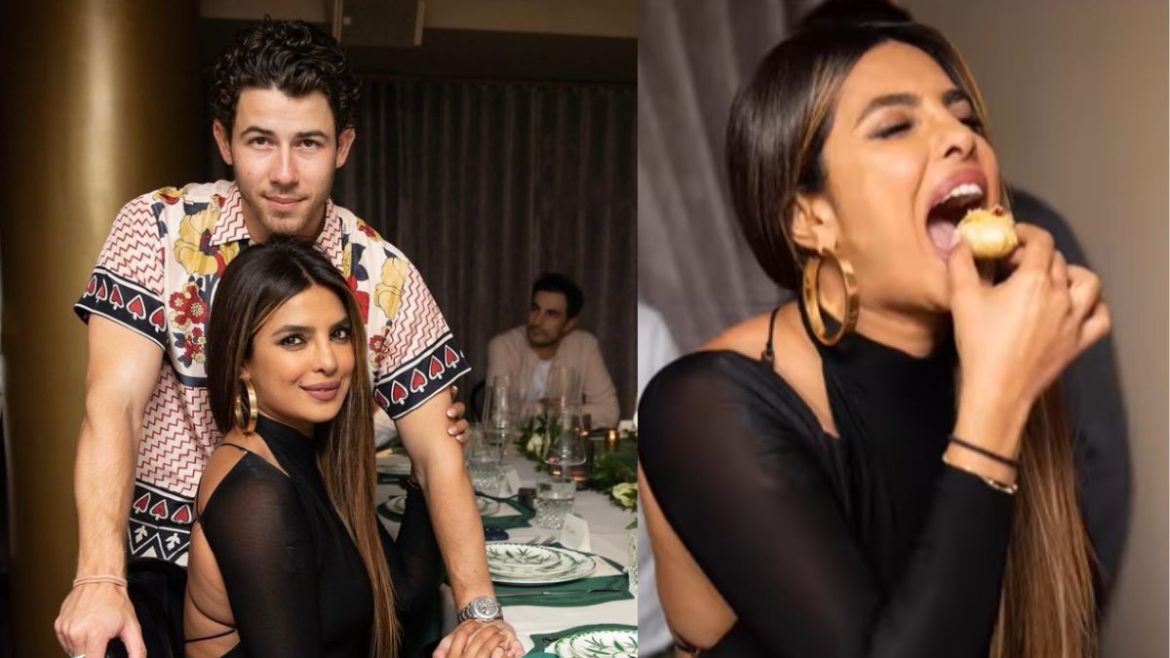 Priyanka Chopra is currently in New York and is super busy attending seminars and also spending time with her daughter. The actress decided to take some time out of her power packed schedule and hosted a night out. Priyanka chose SONA, her restaurant in NYC as the perfect place to host a night out with husband Nick Jonas and her other favourites. She gorged on golgappas and also clicked pictures with Nick, Malala and others.

Priyanka Chopra shared a glimpse from the gathering that she hosted at her restaurant, SONA on her Instagram. She posted a video with pictures from the night out. Her restaurant’s aesthetic decor can be seen in the background as she posed with her husband Nick Jonas and other  favourites. In one of the pictures, she can be seen gorging on golgappas in one of the pictures. The pictures also revealed the silverware from her homeware collection, SONA Homes. She also posed with Malala Yousafzai who was the winner of the Nobel Peace Prize. Nick Jonas too posted a picture with his wife from the amazing gathering on his Instagram with a sweet caption.

Priyanka took a flight to New York to attend the 2022 General Assembly. Her trip in New York began by speaking at the UNGA’s Sustainable Development Goals (SDG) Moment. Monday marked the start of the UN High-Level Week.  She visited her restaurant SONA a couple of times which got listed in the 30 new NYC restaurants and it will be added to the world-famous Michelin Guide. She also went to the Global Citizen summit on climate change and the Forbes Philanthropy Summit. Hosting the event she spoke about how now it is more than important for everybody in the world to come together to fight against the various issues. She incidentally is also the brand ambassador of Global Citizen and this is her seventh year. She stated that she and her husband, Nick, have always been oriented toward philanthropy and it feels special as a family.

Also Read: Priyanka Chopra Takes The Subway In New York For UNGA &#038; Heads To SONA Too

Have you visited SONA? If yes, let us know how was your experience.