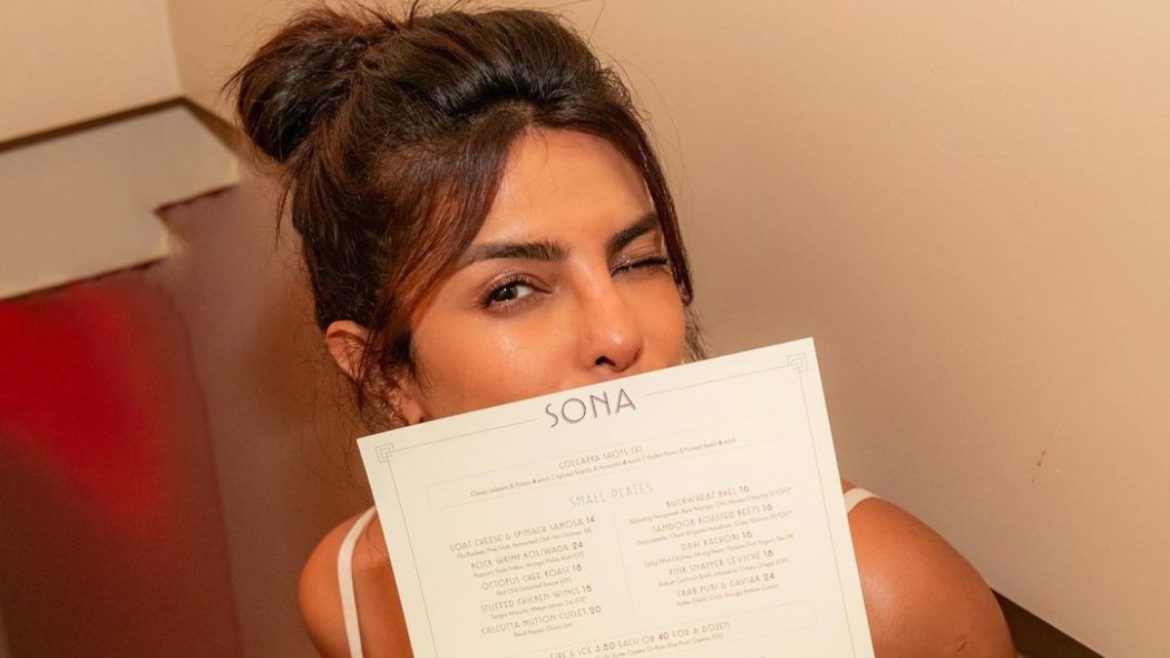 There is certainly nothing that Priyanka Chopra cannot do. And this time, her New York restaurant ‘SONA’ received prestigious recognition. She opened the doors to SONA, an Indian restaurant in New York, last year. And since the beginning, the restaurant has been a dining choice for many Bollywood and Hollywood celebrities. People jumped into the restaurant to taste the flavour and aroma of a blend of authentic and reimagined Indian cuisine in the city.

SONA has established itself as an impeccable Indian restaurant for some time. And very recently, it added another feather to its cap. The Indian restaurant received Michelin recognition and is now among the top 30 NYC restaurants to be added to the Michelin guide. These 30 places are in the race for winning an award this year. Michelin announced the names on Tuesday.

Priyanka Chopra Is Elated With The News!

The co-owner, Priyanka is very happy and excited for her restaurant to receive this recognition. She took to her Instagram story to share the grand news with her fans, followers, and the world. She uploaded the screenshot and wrote, ‘Bravo, @sonanewyork!’ She also added, ‘We’re starting the week strong with Michelin’s recognition’. Check out the story here. 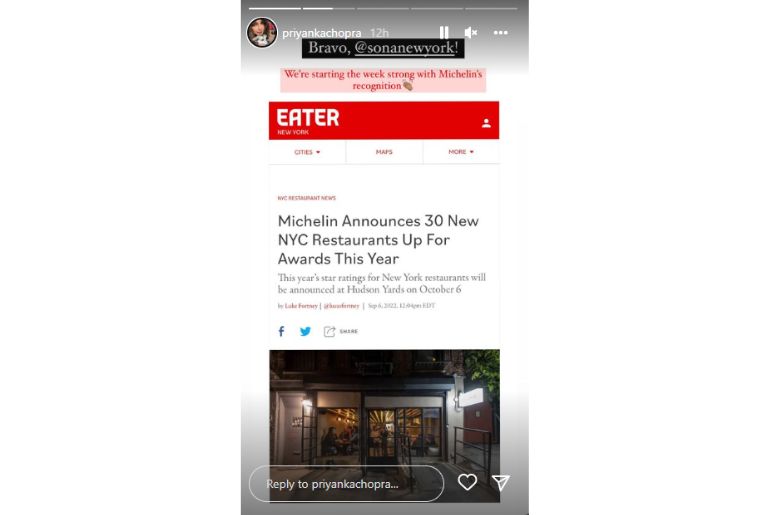 Last year in March, SONA opened its doors for the crowd to sit back, relax, and gorge on lip-smacking Indian delicacies. To celebrate the grand day, she uploaded some snippets and glimpses of the restaurant on her official Instagram account with the caption, ‘TODAY IS OPENING DAY #SonaNewYork! What started as a simple craving for great Indian food has become this labour of love, and I can’t wait to welcome you all in, & for you to experience timeless India in the heart of NYC!’

And within this journey of about a year and a half, celebrities such as Katrina Kaif, Vicky Kaushal, Farhan Akhtar, Mindy Kaling, Sophie Turner, and Kal Penn visited SONA to relish the heavenly taste and magic of Chef Nayak.