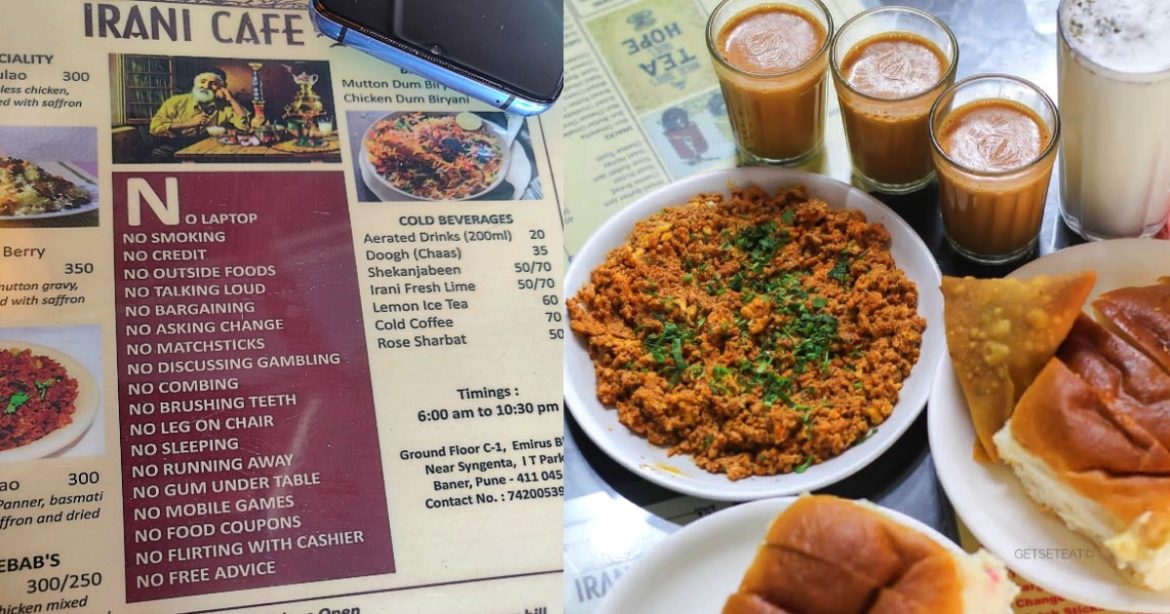 When you enter a restaurant, you might see boards that tell customers not to bring outside food or to the maximum not to talk loudly and not to smoke. But have you ever visited an eatery that asks you not to flirt with the cashier? This cafe in Pune has got a ‘nineteen-point not to do list’ on its menu. A Twitter user has uploaded the menu on social media and it has left the netizens amused. The user named @zhavanchongya has expressed his curiosity about the long list by captioning the menu as “What happened here?”. Many other people reacting to the post also had the same question. 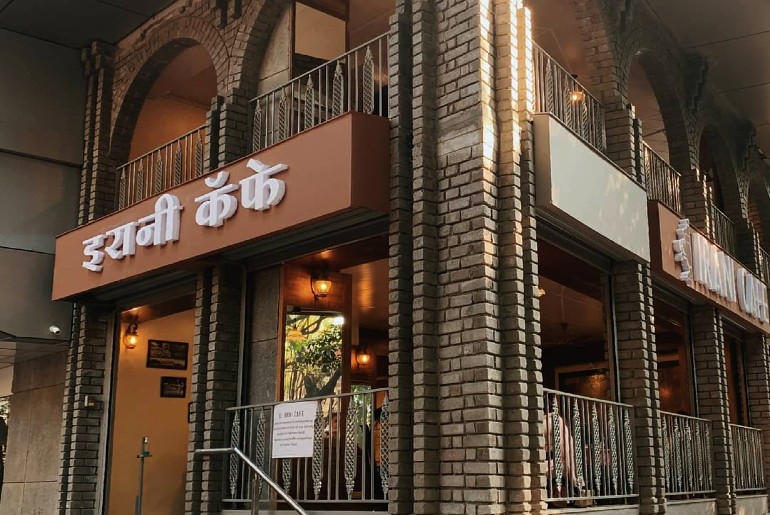 No Sleeping, No Brushing Teeth, No Running Away….

A Twitter user has shared the nineteen don’ts mentioned in the menu of Irani Cafe, Pune. Along with restrictions like No Outside Food, No Smoking, No Asking Change and No Talking Loud, the eatery has included points like No Combing, No Brushing Teeth, No Sleeping, No Running Away and also No Flirting With Cashier. Also, the guys won’t take free advises from anyone, they have mentioned that too. What’s more, people with the bad habit of putting leg on the chair, you better be alert, as they have put a ban on that too. Meanwhile, have you come across the latest food trend, Strawbiryani?

The post has garnered thousands of likes and its comments section is filled with hilarious reactions. One user wrote, “Did someone flirt with the cashier, sleep with them, staying long enough into the morning to brush their teeth there, and realize that to be together forever, they must run away? Where does the rest of it fit? Whole romance my brain dreamt up. Need to know what happened.” Another user wrote, “Me wondering how hot is the cashier hmmm.” And the restaurant replied to this with the picture of its cashiers. Another user talked about the food of the restaurant and said, “Outstanding food! After a long time enjoyed authentic Irani food , bun maska and great irani chai.”

Did someone flirt with the cashier, sleep with them, staying long enough into the morning to brush their teeth there, and realize that to be together forever, they must run away? Where does the rest of it fit? Whole romance my brain dreamt up. Need to know what happened. https://t.co/zRACp5DCvD

These are more rules than my ex made up. 😕 https://t.co/dGkGeZ2HbN

What’s your say on this unique menu? Tell us in the comments section below.