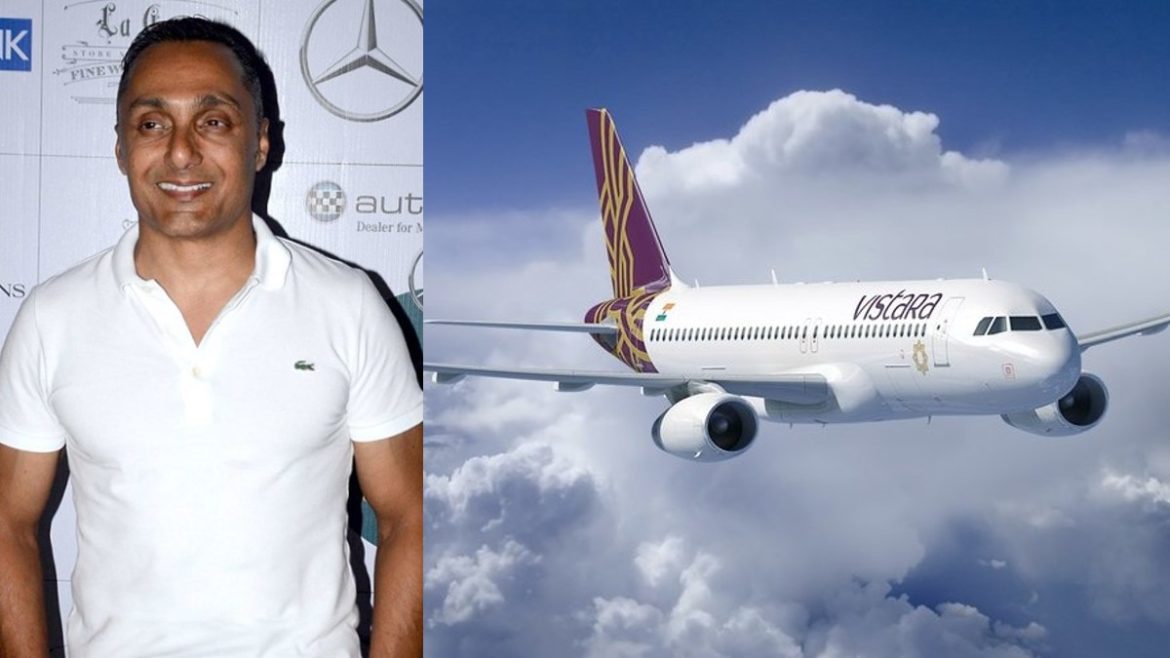 Time and again celebrities resorted to Twitter to create awareness about their unpleasant flight experiences. In yet another such incident, actor Rahul Bose slammed Vistara on Twitter on various grounds — food, lounge access, boarding and staff. But instead of the airline, he accidentally tagged a woman named ‘Vistara’. Read on to know what happened.

Rahul Bose expressed his sheer disappointment after boarding a Vistara flight from Ahmedabad, on Twitter. Despite being a business class passenger, he didn’t have lounge access at the airport. He also slammed the airline for intriguing but inedible food, delayed boarding and apathetic ground staff. The Bulbbul actor further informed that after flying Vistara, four times this week, he finds the flight experience erratic on all metrics.

As he put forward his concerns, Rahul Bose accidentally tagged a woman named ‘Vistara’ instead of Vistara Airlines. Her bio reads ‘Not an airline’. Perhaps, the Twitterati is tired of getting mistakenly tagged with this handle. While many Netizens empathised with Rahul Bose. There were quite a few who were amused with the accidental tagging.

However, Vistara Airlines reverted back to the tweet. They apologised for the inconvenience caused to the actor. And requested time, to raise his concerns with the team. But Rahul Bose wasn’t having any of it. The actor furiously commented that the casually, bored expression of the ground staff shows that Vistara didn’t regret their behaviour. He recalled the incident when the ground staff told him there wasn’t a lounge facility for business class passengers with ‘zero apologies’.

You clearly don’t regret it because the ground staff person (I don’t want to mention names) casually, almost bored, without a hint of embarassment (you have to hand it to her for sheer chutzpah), said there was no lounge facility for Business Class passengers. Zero apology! 👏🏾👏🏾

Well, we hope Vistara Airlines takes care of the actor’s concerns. Meanwhile, we wonder what ‘Vistara’ has to say about this incident. After all, this time she was tagged by a celebrity.