In the wake of the coronavirus pandemic, the evening light and sound show and the elephant rides remained banned at Rajasthan’s Amer Fort to combat the virus spread. Now, the elephant rides have finally resumed after a gap of nearly eight months. The rides remained closed since March 18, leading to a huge survival crisis of around 8000 families dependent on elephant tourism. The families near Amer Fort, Jaipur and Hathi Gaon areas need to shell out around ₹3000-3500 per day on a single elephant. With elephant rides banned, the mahouts and caretakers were bereft of any income during the last few months.

Bringing a sigh of relief to nearly 8000 families dependent on elephant tourism, the Rajasthan government has finally resumed elephant rides at Jaipur’s Amer Fort, after a gap of nearly eight months. The rides were closed since March 18, 2020. The tourism industry was hit hard by the coronavirus pandemic and so were the lives of the mahouts. Rajasthan had reopened borders for tourists in June but did not allow elephant rides in the fort to resume back then. The families living near Amer Fort and in the Hathi Goan depend on about 90 elephants to earn their livelihood. The maintenance cost of a single elephant is around ₹3000-3500 per day. 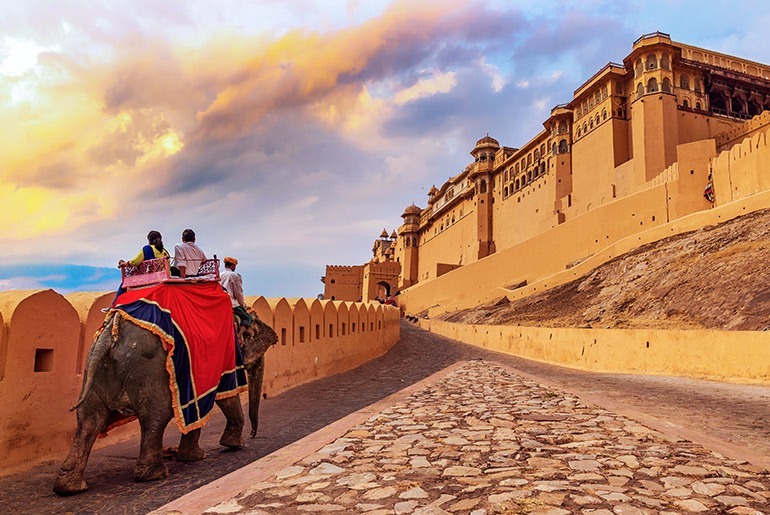 The Pandemic Had Affected The Digestion Abilities Of The Elephants

Previously, Hathi Kalyan Samiti used to provide ₹600 per elephant. That funding has stopped now. This made the lives of the elephant keepers all the more miserable. The tourist guides and the fodder providers for the elephants also bore the brunt of the pandemic. According to an India Today report, president of the Hathi Gaon Vikas Samiti, Ballu Khan, has said, “Foreign tourists are nil. Till the time the government does not open visa, foreign tourists will not come. We can start the rides for domestic tourists. Even if Indian tourists start arriving, things will be okay. The ₹600 per month, that used to be given, has stopped coming.” 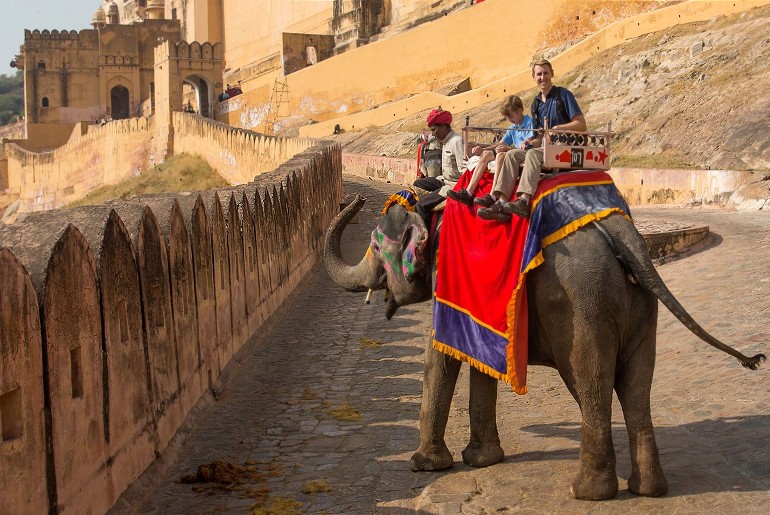 Four elephants had also died in the Hathi Gaon amid the pandemic and according to another India Today report, Khan stated, “Four elephants have died. Earlier, elephants used to climb at Amer Fort and their digestion used to be perfect. But since the lockdown has been imposed, the tourism business has finished, they have been stranded. We take them for walks for 5-10 km but that is not the same thing as getting down after climbing the fort, which has not been happening due to which their digestion ability has weakened.” Before lockdown, Rajasthan used to receive a huge number of foreign tourists who used to visit the state, especially the Pink City Jaipur, to explore the marvellous forts, palaces, temples and more. Now, until the resumption of international tourism, the state is trying to revive the sector from domestic earnings. Meanwhile, here are the top 10 cities of Rajasthan you must visit: