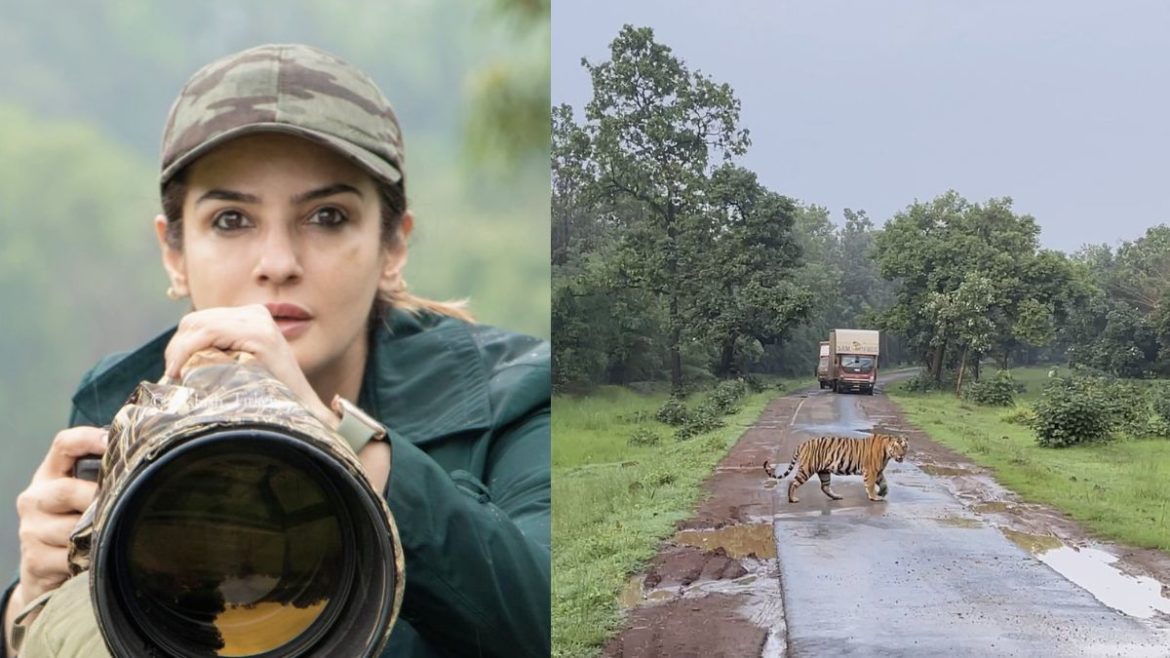 A vacation is incomplete without clicking tons of photos and videos and posting these on different social media platforms. The simplest gesture of sharing content on social media turned out to be a huge deal for Raveena Tandon. While holidaying in Madhya Pradesh recently, the Bollywood actress shared a video of a tiger amidst the verdant greenery of the Satpura Tiger Reserve. How did she land in trouble? Read to know!

It was just a few days back when the actress shared her travel diaries from the Satpura Tiger Reserve captioning “Back to where my heart belongs… ♥️ 🐯”. She shared so many glimpses and snippets from her vacation in the lush jungle of the reserve in the Narmadapuram district of  Madhya Pradesh. She posted different moments of her trip and one of these videos created a problem that led to legal troubles. In one of her shared videos, it can be seen that a safari vehicle reached quite close to a tiger in the wild. Many camera shutters are also heard in the background. In fact, the tiger even roared at the actress during the safari and walked close to them.

Also read: Raveena Tandon Is Staying At This Jungle Retreat In Bhopal That Costs ₹15,000 P/N

Why Did The Forest Reserve Authorities Start Investigating?

The forest reserve authorities are very much unpleased with such happenings. The Satpura Tiger Reserve authorities already started investigating the alleged incident. They are inquiring about this situation as going close to the wild is never a good idea. Going in close proximity to a tiger can certainly disturb it and it increases the risk of many accidents. In fact, we can see in the video, how the tiger was roaring and walking toward them.

Dheeraj Singh Chouhan is the Sub Divisional Officer (SDO) of Forest and he has started the inquiry on it. According to a report by Indian Express, he also said that the safari vehicle driver and the forest officials working at that moment will be a part of the inquiry as well. They will not only be investigated but also they will get a notice.

What do you think about it?