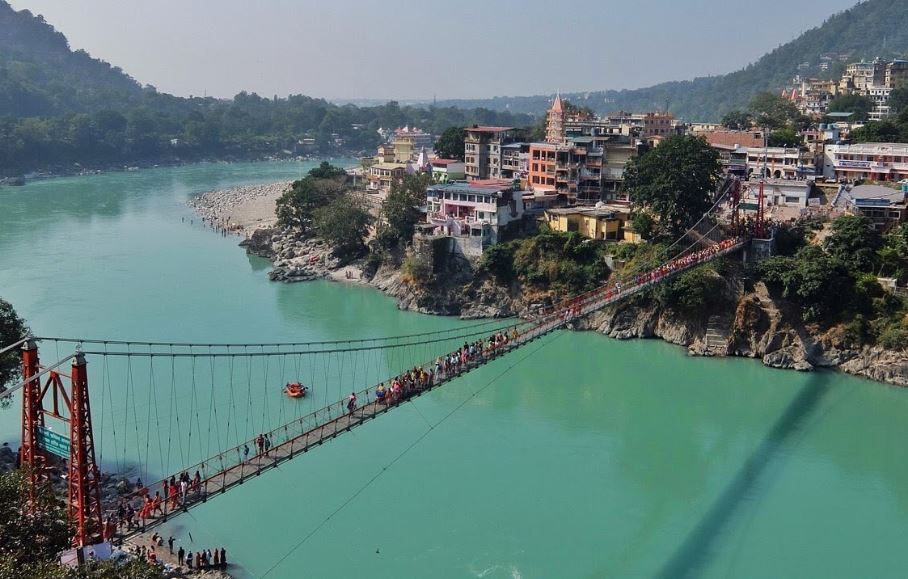 Laxman Jhula in Rishikesh is off-limits as it has been deemed unsafe and will no longer allow the entry of tourist and visitors. The panel of PWD officials said the Jhula does not have the capacity to carry the load anymore. The bridge was also beyond repair said the officials.

This iconic Laxman Jhula was built in the year 1929 in the British era and this is the very first time in 90 years that it has been shut down. This Jhula was an important tourist attraction in Rishikesh over the Ganga river. The bridge is now a potential threat for the residents of Rishikesh and visitors.

Also Read: This Iconic Ashram Was Visited By The Beatles In Rishikesh

The 284-feet-long bridge was shut down after an inspection conducted by the Public Welfare Department officials. Om Prakash, Additional Chief Secretary of Uttarakhand said, “We observed that several components of the bridge are in very bad condition. This bridge should not be permitted for pedestrian movement from now onwards. It is not in a position to sustain any more with the present condition.”

Also Read: My Unexpected Dehradun – Mussoorie Trip Took Me To The Ganga Aarti In Rishikesh

This decision comes as a safety concern and to avoid any future accidents. He also said, “It is highly recommended this bridge be closed with immediate effect, else some big mishap could take place.”

Many Bollywood movies and serials have been shot on this iconic Jhula. Sanjay Leela Bhansali’s movie, Dum Laga Ke Haisha’s shoot took place on this bridge in the year 2015. Amitabh’s ‘Ganga Ki Saugandh’ was also shot here. Now, all the tourists have an option to visit Ram Jhula which is another tourist attraction but was overlooked all these years because of Laxman Jhula.