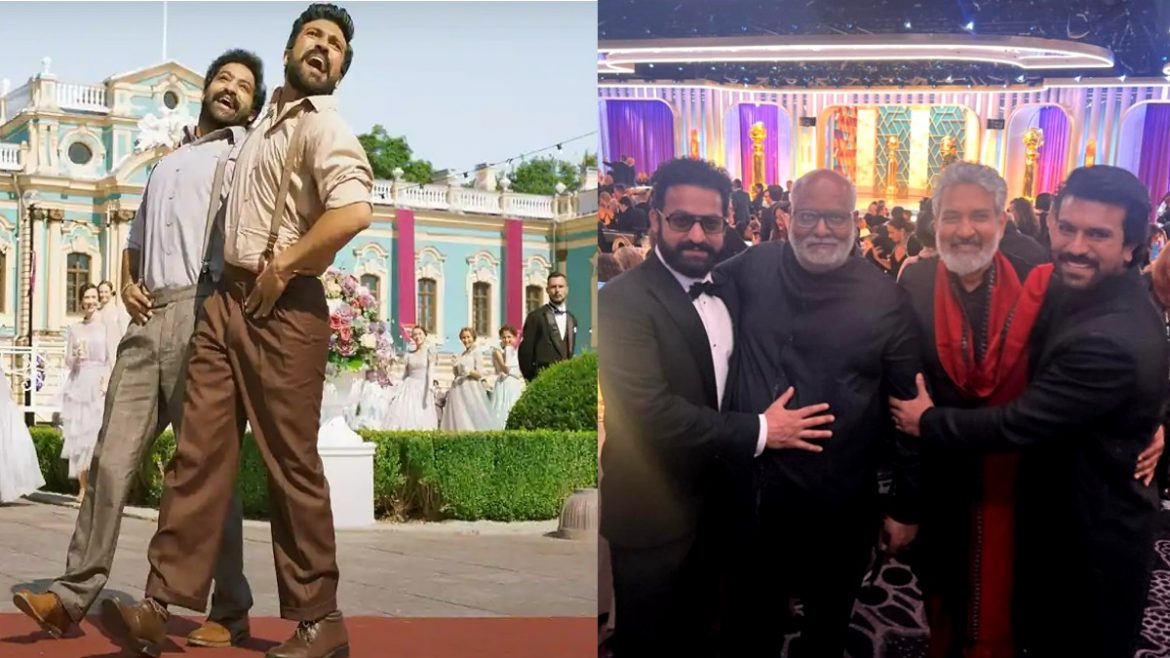 Not summer, winter or spring… it’s RRR Season! So, Rise, Roar and Revolt to celebrate RRR’s most catchy, infectious dance number, Naatu Naatu winning the historic Golden Globe award for the best original song. The entire nation and the world is celebrating this thrilling win. Ace director SS Rajamouli, actors Ram Charan and Jr. NTR, were over the moon, and composer MM Keeravani hopped on stage to accept the award at the 80th Golden Globe Awards. Want to know interesting trivia about Naatu Naatu? Read on!

The Pan Indian ( now global) action drama RRR has created history by snagging a Golden Globe the first for India for ‘Best Original Song Non-English’. Naatu Naatu is composed by renowned music director MM Keeravaani and the lyrics are beautifully written by Kala Bhairavi and Rahul Sipligunj. It has beaten music giants like Rihanna and Taylor Swift. It’s indeed a great day to wake up, grab onto your partner and dance away, without any abandon to the iconic hook step.

Indian celebrities took to social media to congratulate the RRR team on winning a Golden Globe at the Golden Globe Awards 2023. Shah Rukh Khan tweeted that he woke up and started dancing Naatu Naatu and he congratulated director SS Rajamouli and the team. Music legend AR Rahman called the Naatu Naatu win, “incredible” and a “paradigm shift”. Actor Chiranjeevi called it a “historic achievement”.

Sir just woke up and started dancing to Naatu Naatu celebrating your win at Golden Globes. Here’s to many more awards & making India so proud!! https://t.co/Xjv9V900Xo

If you started your day by jamming to Naatu Naatu and dancing to the glory that RRR truly is, then let’s give you some interesting trivia about the song. The RRR team actually shot the dance number in Ukraine right in front of President Volodymyr Oleksandrovych Zelenskyy’s official residence, the Mariinsky Palace. SS Rajamouli filmed the song before the devastating Russian invasion of Ukraine. The director earlier stated in an interview that they got permission to shoot as Zelenskyy was a television actor turned president. So, he encouraged them to shoot in front of his official residence.

Imagine, Ram Charan and Jr. NTR literally breaking a leg to Naatu Naatu right in front of the Ukrainian President’s official residence and palace. Well, how are you celebrating the win? We’re just listening to the infectious song on a loop and grooving away.