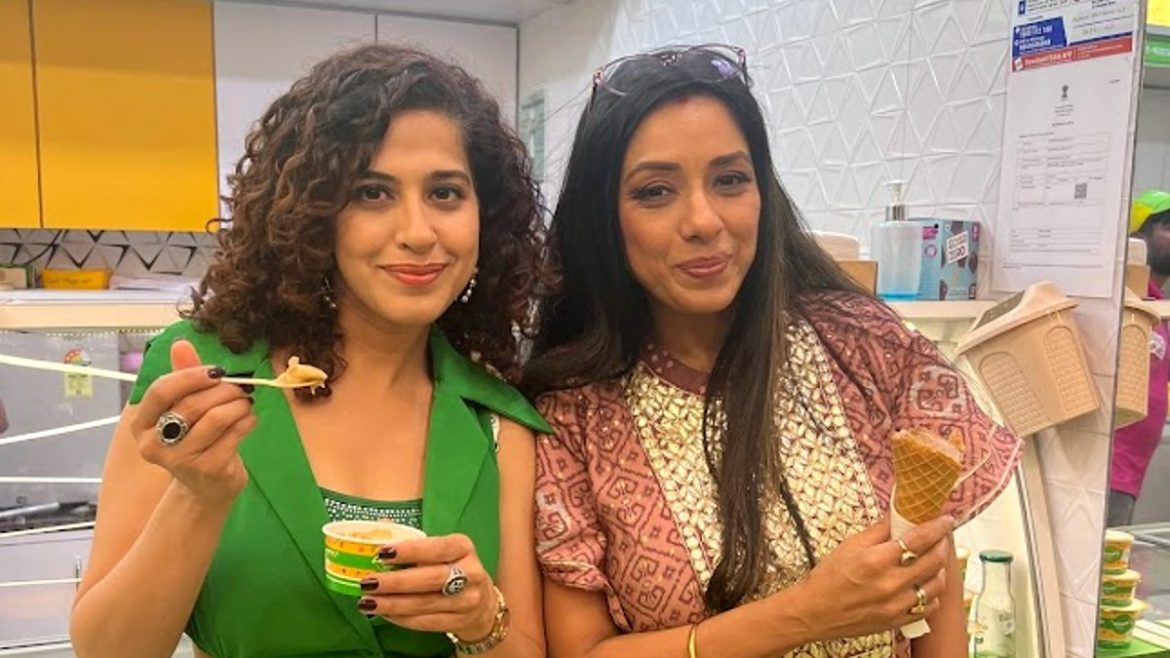 Think Anupamaa, and only one name instantly comes to your mind, Rupali Ganguly. One of the highest-paid TV actresses, not to forget a powerhouse of talent, Rupali Ganguly is the latest celeb guest on the Curly Tales show, Tere Gully Mein. The Anupamaa star and our Editor-in-Chief Kamiya Jani enjoyed a lovely meal at The Calcutta Club in Oshiwara, Mumbai, where she spilt the beans about her love for food, her life on the sets of her hit TV show Anupamaa and much more.

Rupali Ganguly Says Her Husband Is Like Anupamaa’s Anuj Kapadia 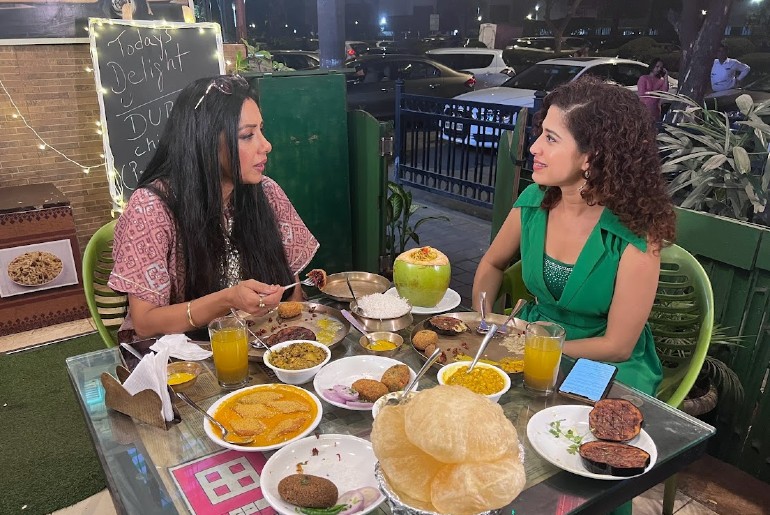 Kamiya Jani revealed to Rupali Ganguly how her parents are massive fans of the TV show, Anupamaa. Her father is often glued to the television while watching Anupamaa and refuses to even meet Kamiya until he finishes the show. Rupali Ganguly found it very sweet and said it’s heartwarming to hear this. Later, Kamiya asked Rupali whether her real-life husband —Ashwin K Verma — is like the Anupamaa character Vanraj or Anuj. Here’s what she said.

Rupali Ganguly said, ” He is Anuj. He is Anuj but with, sometimes, Vanraj’s temper”. Now, isn’t this interesting? The actress even revealed that her husband, Ashwin K Verma, is very supportive. Infact, he is an excellent cook, who prepares food for her and even packs it, so she can eat it on the sets of Anupamaa when she is busy working.

Also Read: “I Have Got Zero Benefits From Nepotism Even If My Father Was A National Award Director”: Rupali Ganguly | Curly Tales

Her Future Wishes Includes Working With Pankaj Tripathi, Big B…

Later, the actress even introduced Kamiya to her son Rudransh. Later, Rupali Ganguly, Rudransh and Kamiya headed to Apsara Ice Creams for a post-dinner treat. They had a wonderful time eating cone ice creams and sundaes. Rupali Ganguly’s shared her future plans which include continuing her journey with the show Anupamaa, and also working with actors like Pankaj Tripathi, Abhishek Bachchan, Ranbir Kapoor and Big B. Well, to know all about your favourite star, watch the Tere Gully Mein episode below.

So, what do you think about this fun Tere Gully Mein episode? Which Rupali Ganguly’s performance do you like the most? Let us know in the comments below.