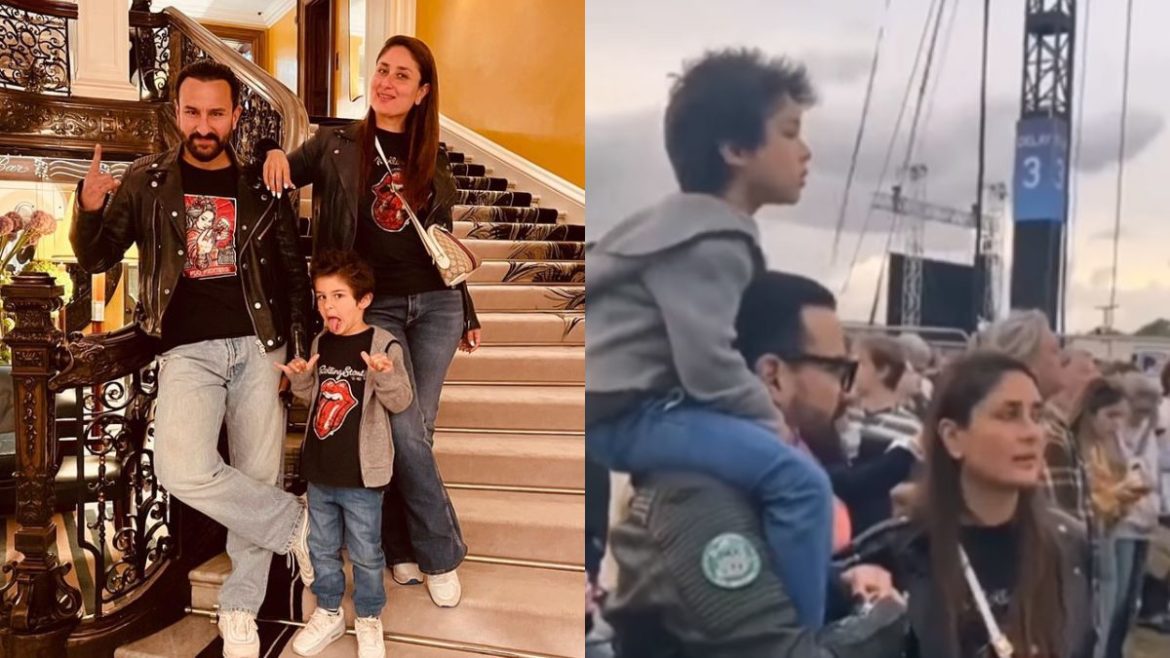 Kareena Kapoor Khan and Saif Ali Khan are exploring the UK with their son, Taimur. Kareena shared quite some glimpses and snippets from their family getaway on her official Instagram handle. Just a few days back, she uploaded a family photo on her Instagram story where they geared up to attend the Rolling Stones Concert in the UK. We are quite sure that the Khans had a wonderful time while grooving to the beats of the concert.

It has been some days since the trio attended the band performances on the weekend. A video of the three enjoying the concert is going viral on social media presently. In the video, Taimur is seen sitting on his father’s shoulders and watching the Rolling Stones concert on the stage. And the Bollywood couple was seen chatting while standing in the humongous crowd. The video was shared on Twitter by the entertainment page First India filmy.

Kareena uploaded a few pictures on Instagram after getting ready to watch the iconic Rolling Stones concert. Taimur and Kareena wore Rolling Stones t-shirts and paired them up with denim. Saif and Kareena wore similar leather jackets on top and they looked absolutely perfect to rock the concert. The family surely was excited for witnessing the band performance. Among them, Taimur was surely the most enthusiastic to watch the performances and the pictures clearly show that. Taimur looked very thrilled about the concert and posed for the pictures full of excitement and energy.

The Khans are holidaying in the UK for quite some time now. Kareena keeps on posting small glimpses of the vacation and we cannot wait to see more from the trip.