Salman Khan Witnesses Gorgeous Sunrise…
Mumbaikars, You Have To Now…
Abu Dhabi’s Budget Airlines Introduces…
Dubai To London Gets Another… 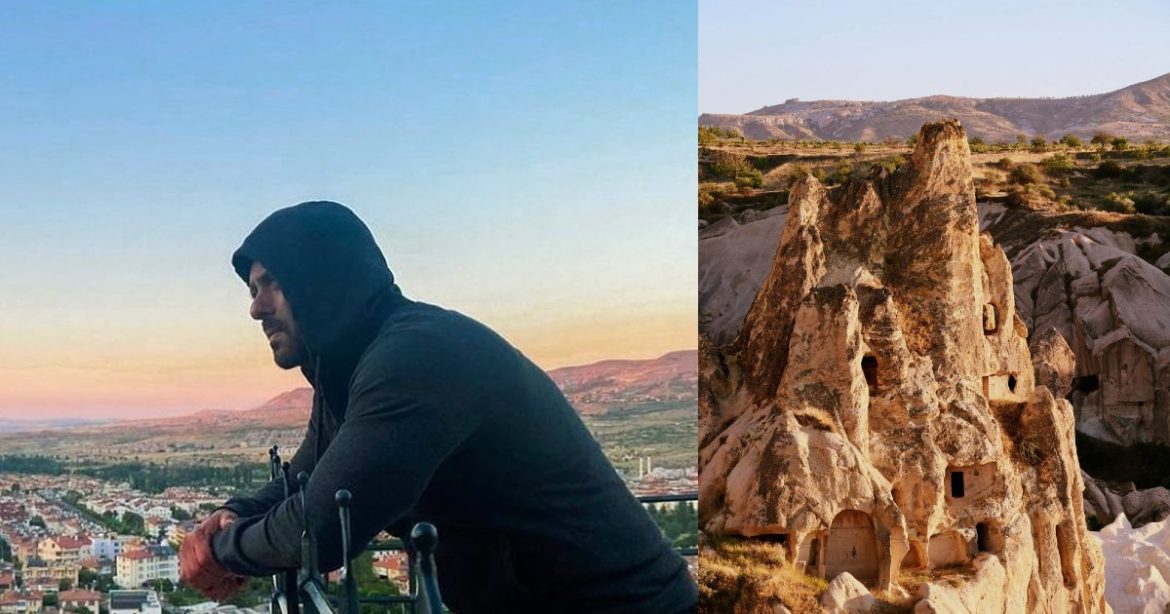 From Russia to Turkey, Salman Khan is on a globetrotting mode for the filming of his much talked about movie, Tiger-3. Recently, he was feasting his eyes on the sunrise over the rocks of Turkey’s Cappadocia. The actor has shared a picture on his Instagram handle, with the dramatic Turkish cityscape on his backdrop. The early morning sky transitioning from an amber hue to clear blue looks every bit mesmerising. Along with the picture, Salman wrote, “Sunrise … #cappadocia #turkey.”

Also Read: This Dog’s Reaction To The Hot Air Balloons In Turkey Is Going Viral

Salman Khan was in Turkey for the shooting of Tiger-3, the sequel of Tiger Zinda Hai, along with Katrina Kaif and others. In Cappadocia, Salman also shook his leg to Jeene Ke Hai Chaar Din and the clip of his dance is going viral. The video was shared on one of his fan pages. Along with the video, the post states, “#SalmanKhan Dancing In After Wrap Up Party Of #Tiger3 Song In Cappadocia!”

As per the latest update, Salman has now moved to Austria for the next schedule of the movie.

Also Read: 5 Stunning Cave-Themed Resorts In India That Will Give You Cappadocia Feels

Earlier, Salman and Katrina were hosted by the Turkish Minister of Culture and Tourism, Mehmet Nuri Ersoy for a luncheon. Before Turkey, both of them had been shooting for the movie in Russia. Recently, Katrina had lunch with the Chairman of the Cappadocia Touristic Hoteliers Association (KAPTID), Yakup Diner where she thanked him for the hospitality at Kayakapi Premium Caves hotel.

Meanwhile, here’s Everything You Should Know If You’re Travelling To Turkey From India Right Now!