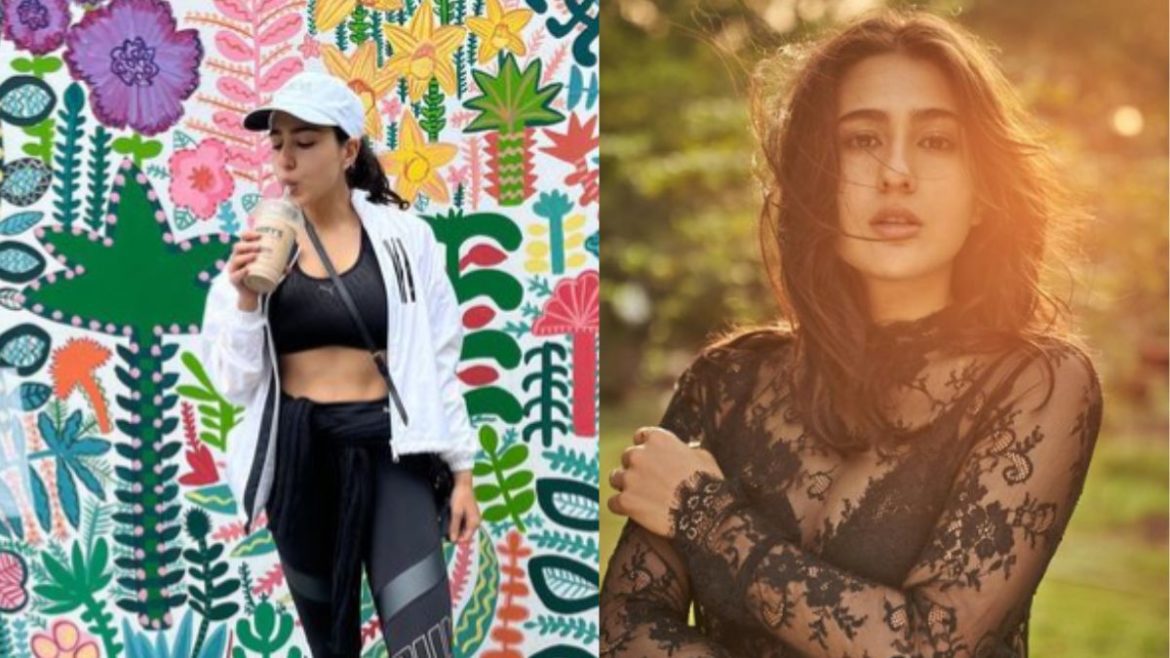 Actor Sara Ali Khan is popular for her fun and quirky personality. Be it the paparazzi or the public, Sara Ali Khan ensures she has a smile on and in the best of her attitude. She is currently in London and sharing snippets of her outings with Karan Johar, working out, and even the dramatic and colour graffiti art. She shared a photograph in front of a wall inside a gym with the text ‘That’s A Wrap.’ And the next photo, she is sipping cold coffee while posing in front of another graffiti wall. She had her fans gushing over her abs. She captioned the post, ‘You don’t take a holiday from work out, your holiday TO work out! 🥊 🏃‍♀️🏋️‍♀️.’

She can be seen sipping on cold coffee. Later, she also shared a story is sipping on full-fat milk. 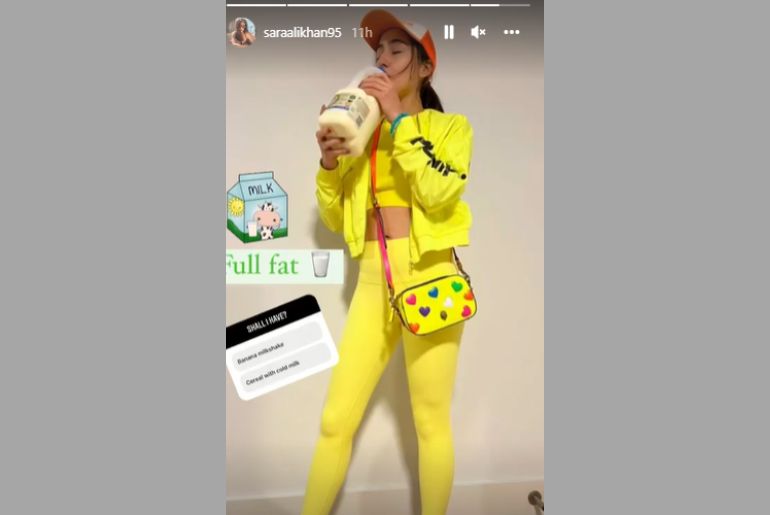 Earlier, Karan Johar and Sara Ali Khan were turned down at a restaurant for no reservations. She uploaded a hilarious video of the incident with Karan Johar and the restaurant staff interacting with each other. She will be featuring in Laxman Utekar’s next directorial with Vicky Kaushal on the lead. She is also working with Vikrant Massey for another film, named ‘Gaslight.’

Recently, Sonam Kapoor and Anand Ahuja, too, hosted Sanjay Kapoor and his family at their London home. With all the incoming posts from the UK, it seems like London has become the new destination for Bollywood celebrities to hang out – whether for work or vacation.