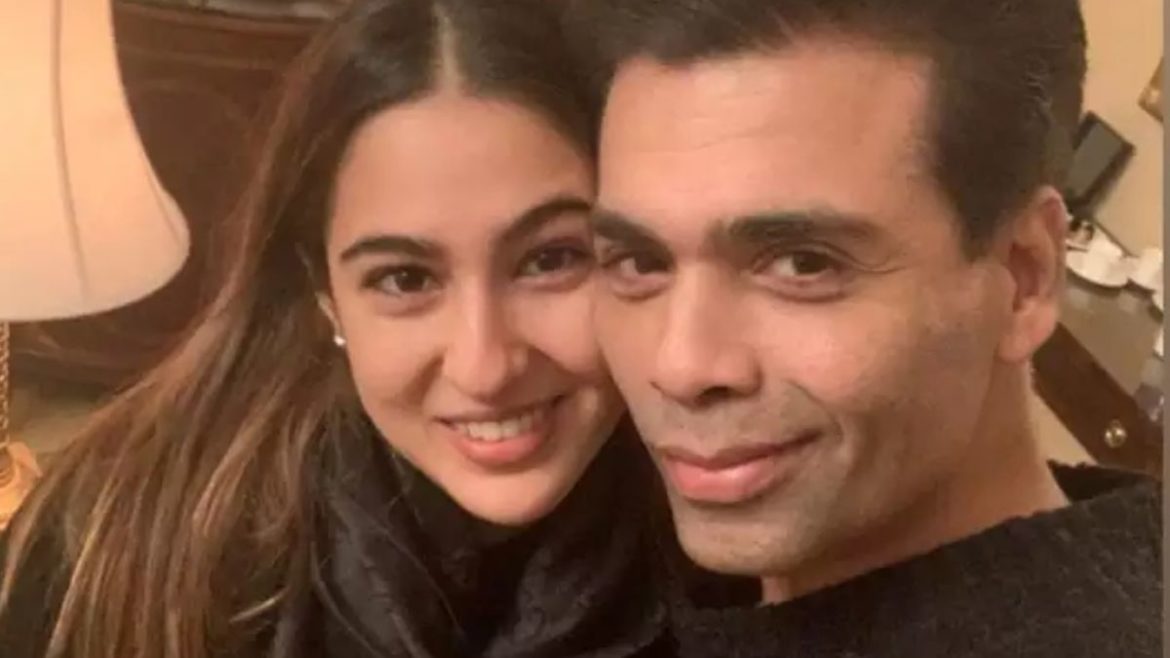 We all have this notion that movie stars and filmmakers are never turned away by anyone keeping in mind the fame they are blessed with. But that is so not the truth always. Sara Ali Khan who is in London, recently shared a video with her fans on Instagram which features director Karan Johar. In the video, both of them were looking for a place to eat and get rejected at a restaurant.

Using Alia Bhatt’s Name Too Did Not Help

On Wednesday, Sara Ali Khan shared a funny video on her Instagram with her fans featuring the stylish director, Karan Johar. Both Sara and Karan were hungry and were trying to find a table in the restaurant but failed to find one. In the video, Karan Johar asks the server about a table booked under the name of Alia Bhatt. When the server denied bookings, Karan Johar asked him about a table booked under Alia’s name for four people and is again turned away. After this Sara tells Karan that everything has a first time as he looks into the camera. Sara captioned the video, “When Karan Johar and me were left reservation-less and hungry, so had some KFC.”

Lately, many celebrities are seen to be in London either because of their work commitments or on a vacation. While Sara Ali Khan is in London because of her work commitments. Manish Malhotra on Tuesday posted pictures with Karan Johar and Alia Bhatt. He also posted pictures with the girl gang which featured designer Gauri Khan, actress-author Twinkle Khanna, and designer Nandita Mahtani. His next pictures featured actor Kareena Kapoor Khan and his friend and philanthropist-businesswoman Natasha Poonawalla. Alia was also seen dining with her in-laws.