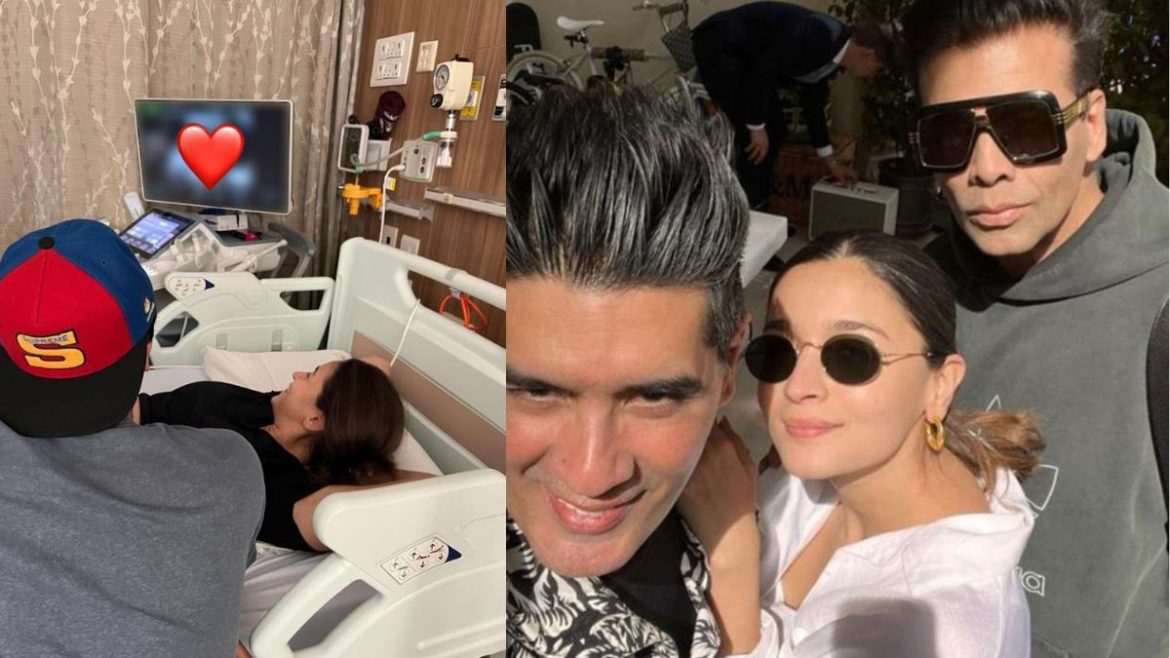 Alia Bhatt recently announced her pregnancy with an adorable picture on her Instagram. The cute picture was from their hospital visit which also featured her husband, Ranbir Kapoor. Fellow celebrities, family and other friends poured all their love and blessings on the couple in the comments section. The soon-to-be mom, Alia Bhatt is having a fun sunny day with her industry friends, Karan Johar and Manish Malhotra.

Alia Bhatt and Ranbir Kapoor got married just two months ago in a very intimate wedding ceremony and the fans were just getting over the adorable pictures from the ceremony. Just then Alia Bhatt posted a picture from a hospital visit announcing Ranbir and her first child together. Their fans went crazy over the news and wished the couple love and blessings. Recently, Ace designer Manish Malhotra posted some pictures from London on his Instagram story. One such story featured Alia Bhatt and Karan Johar.  Alia Bhatt is shooting for her first Hollywood movie, Heart of Stone and was seen chilling with her Bollywood industry friends. What caught everyone’s attention in the pictures is Alia’s radiant glow and beautiful smile. 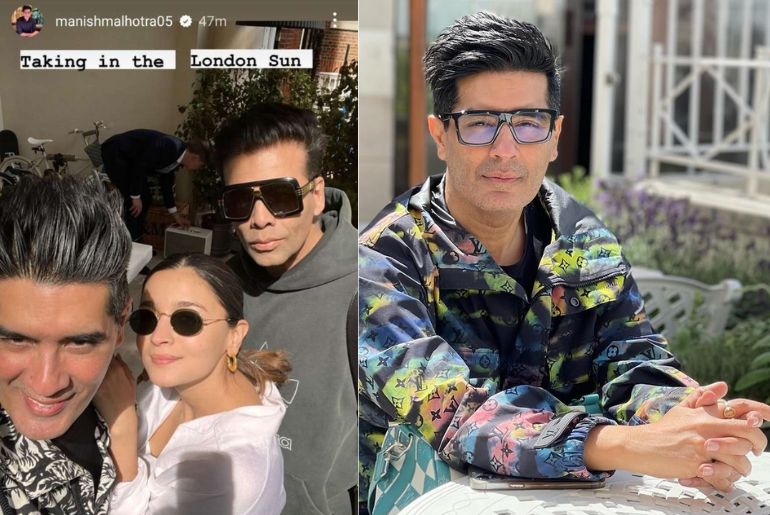 Manish Malhotra flew down to London to spend some time with his friends. He did not only spend time and click pictures with actor Alia Bhatt and Director Karan Johar but also his girl gag. Manish posted another story featuring designer Gauri Khan, actress-author Twinkle Khanna, and designer Nandita Mahtani. He also met his friend and philanthropist-businesswoman Natasha Poonawalla and actor Kareena Kapoor Khan. 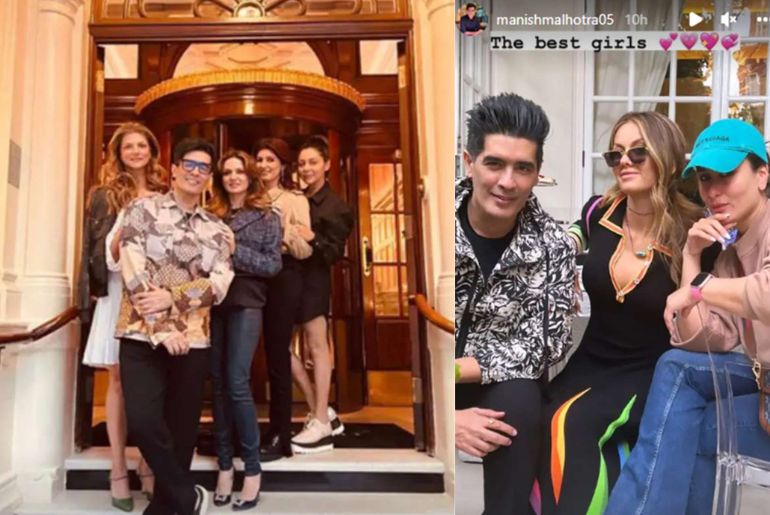