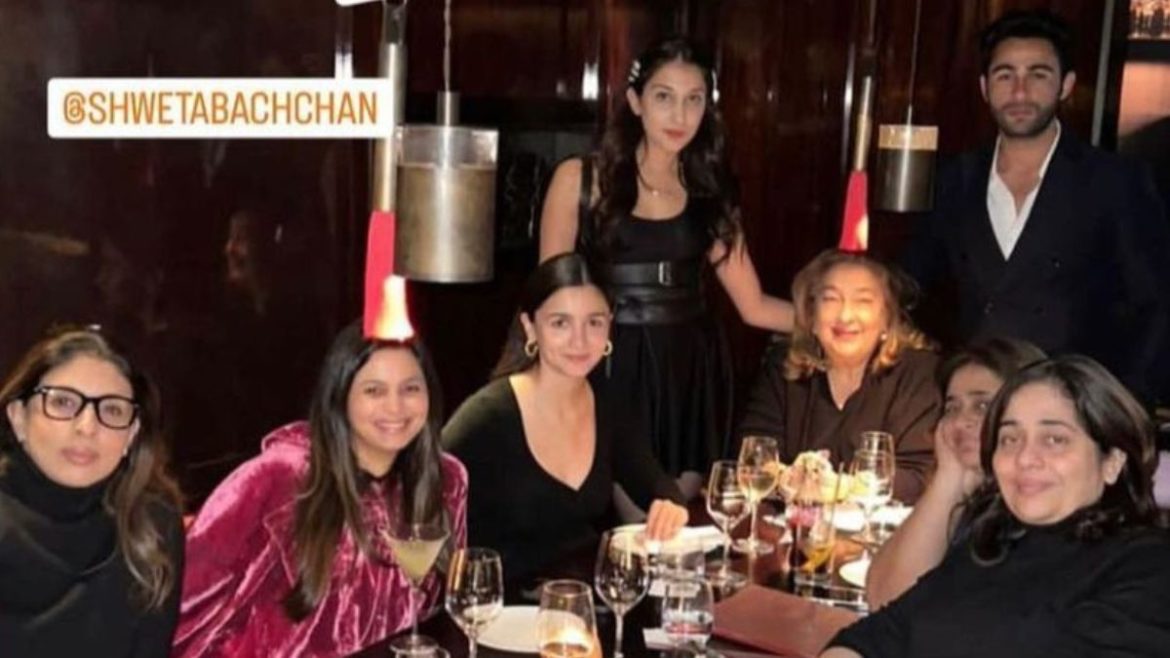 Alia Bhatt recently married the love of her life, Ranbir Kapoor, in an intimate wedding ceremony. She has always been close to the Kapoor family and a picture has surfaced on the internet proving it. A picture of Alia Bhatt with Ranbir’s family has gone viral over the internet showing how much the actress loves spending time with the Kapoors whether or not Ranbir is around.

Everyone was in awe of the wedding pictures of Ranbir Kapoor and Alia Bhatt that were posted by Alia. Well, the pictures were so expressive that they clearly spoke about the magical bond between Alia and Ranbir. But the bonding is not limited to Ranbir Kapoor, Alia shares a special bond with Ranbir’s family as well and never misses a chance to spend time with them. The actress is shooting in London for her next and a picture of her having dinner with the Kapoor family in London has surfaced on the internet. The picture features Shaheen Bhatt, Rima Jain, Ritu Nanda, Armaan Jain, Anissa Malhotra and Shweta Bachchan, all in black attire. Fans loved how Alia bonds with his husband’s family even when he is not around.

Alia Bhatt is awaiting the release of her movie, Brahmastra with her husband Ranbir Kapoor. Recently the team launched the trailer and fans went crazy over it and are awaiting the movie in theatres. She will also be seen in Rocky Aur Rani Ki Prem Kahani starring Ranveer Singh and is Karan Johar’s directorial after a gap of 7 years. She is currently shooting for her Hollywood movie, Heart Of Stone in London.