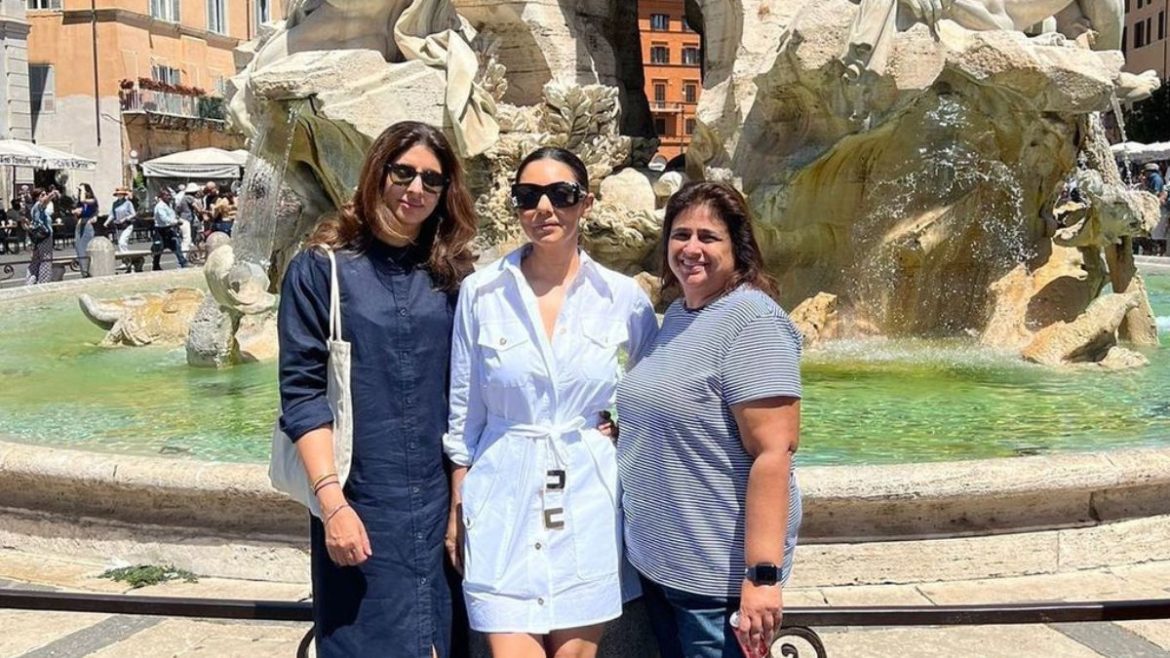 Renowned Interior Designer Gauri Khan is on a vacation with her friends in Italy and is having a gala time there for sure. We aren’t assuming it, her Instagram pictures say it all. The designer whose work has always been the talk of the town recently shared pictures from Rome which is known for its wonderful architecture and is giving us major FOMO for sure.

Gauri Khan is for sure having the best time with her friends as she is on a vacation. The designer has been sharing pictures from her vacation on Instagram. She shared a series of pictures where she takes us on a Rome tour with pictures of beautiful monuments and also has pictures with Shweta Nanda Bachchan who is Amitabh Bachchan’s daughter. She captioned these bunch of pictures as “Can’t get enough of Rome.” which is clearly evident. She also visited Milan with Shweta and other friends. A couple of days before posting pictures from Rome, she had also shared pictures from Milan.

On The Work Front

Talking about work, Gauri is producing his husband and superstar Shah Rukh Khan’s upcoming next with actress Nayanthara, Jawan. The designer is working with Malaika Arora on an upcoming project and shared glimpses of the same on her Instagram Gauri Khan and Shah Rukh Khan’s daughter Suhana Khan will soon debut in acting in the movie, ‘The Archies’ which also has Shweta Nanda’s son and Legendary actor Amitabh Bachchan’s grandson, Agasthya Nanda marking his debut.