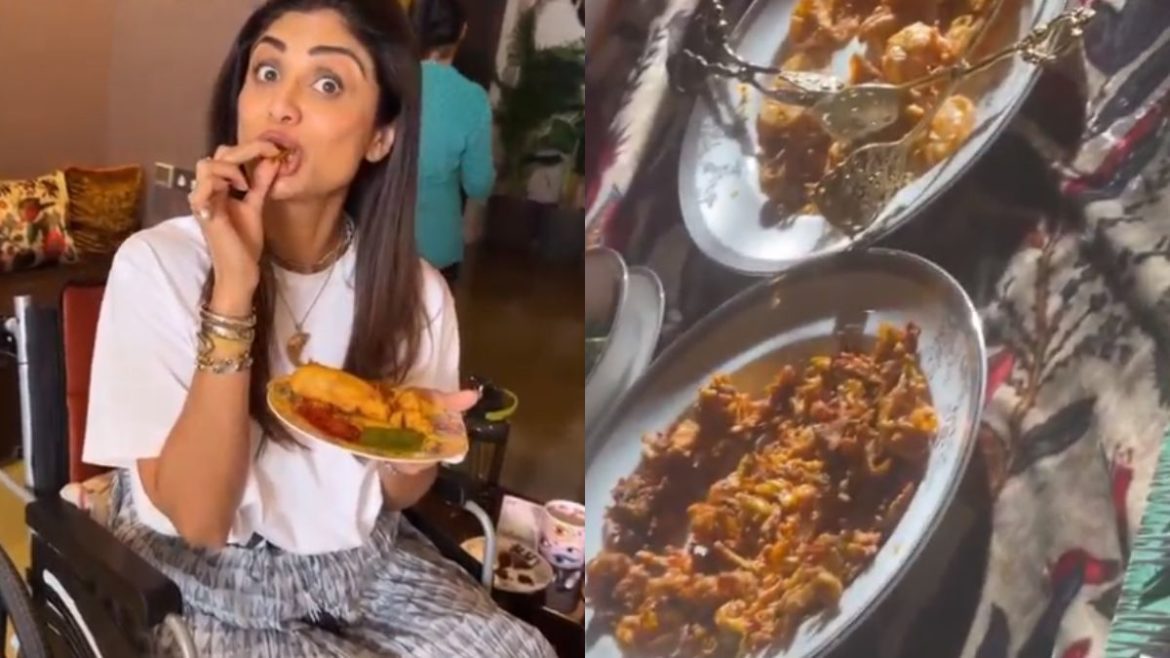 Bollywood celebs are huge foodies and we often see them gorging on yummy meals. Recently, Shilpa Shetty Kundra enjoyed a delectable spread on Sunday with her family. The actor’s insta stories were all about herself and her cousins gorging on crispy hot bhajias, yummy moong dal payasam, cake, and more. And we are sure the Shetty family must have ended up in a food coma! Read on to know more about Shilpa Shetty’s snippets from her Sunday binge session.

It’s no secret that the Shetty family loves eating and Shilpa Shetty & Shamita Shetty often treat fans with glimpses from their food diaries. Recently,  Shilpa took to Instagram to share how both the sisters along with their cousins, enjoyed a Sunday binge. You will spot crispy hot bhajias, homemade moong dal payasam, cake & more in her insta story updates. One of the videos shows Shilpa Shetty capturing Shamita trying to take a bite of the hot crispy bhajias. Another one shows their cousin Rajiv Adatia enjoying his ice cream while Shilpa teases him saying he finished all the bhajias in spite of being on a diet.

Well, Sundays do call for indulging in all our favourite food items and having fun with the family. We get you, Shilpa! 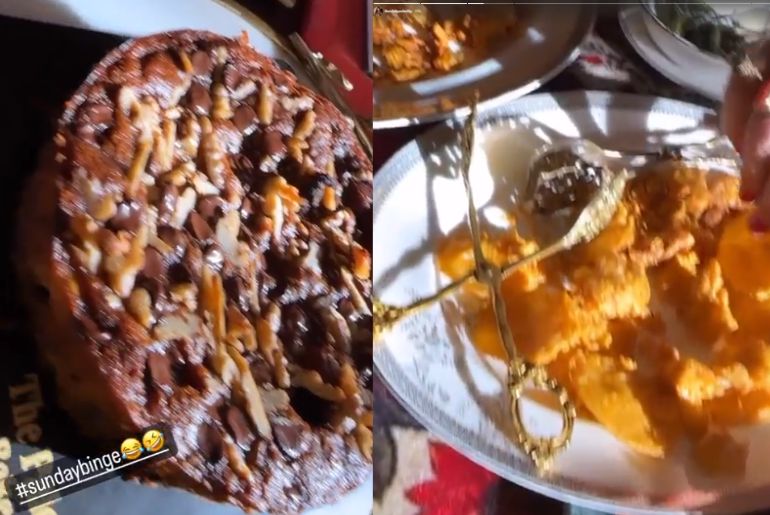 One of the highlights of Shilpa Shetty’s Sunday binge was the Moong Dal Payasam. Moong Dal payasam, also known as Paruppu payasam, is a traditional South Indian pudding. It is mostly made with moong dal, jaggery, ghee, coconut milk, and lots of dry fruits.

Moong Dal Payasam is a common dessert across South India. You will find this dessert in abundance during the festival seasons or for feasts in temples. People also love making moong dal payasam during the onam festival or the makar sankranti season. However, it’s a recipe that can be easily made at home. So you can also prepare it during your Sunday binging sessions just like Shila Shetty.

Moong dal payasam is easy and quick to prepare because moong dal takes very less time to cook. However, you can prepare this payasam using other lentils as well, but moong dal is a favoured option. 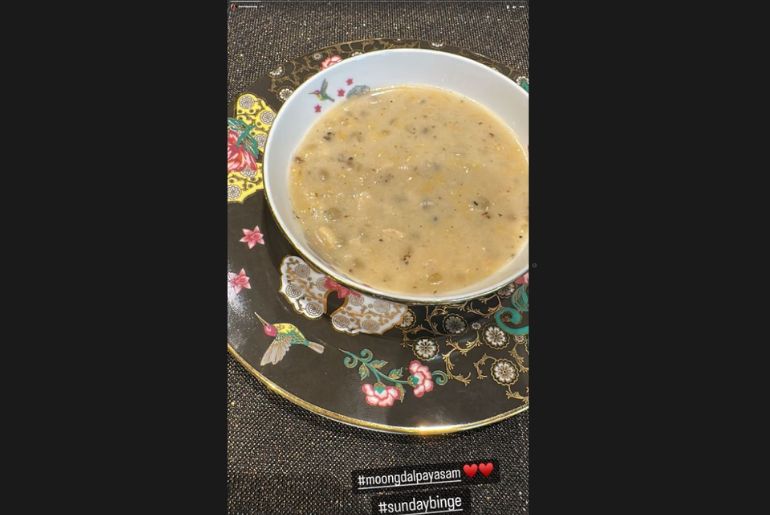 Now that you know a few dishes that Shilpa Shetty had during her Sunday binge, tell us which one is your favourite in the comments section below!