Shimla-Kalka Highway Collapses As Massive Portion Of Flyover Falls Off 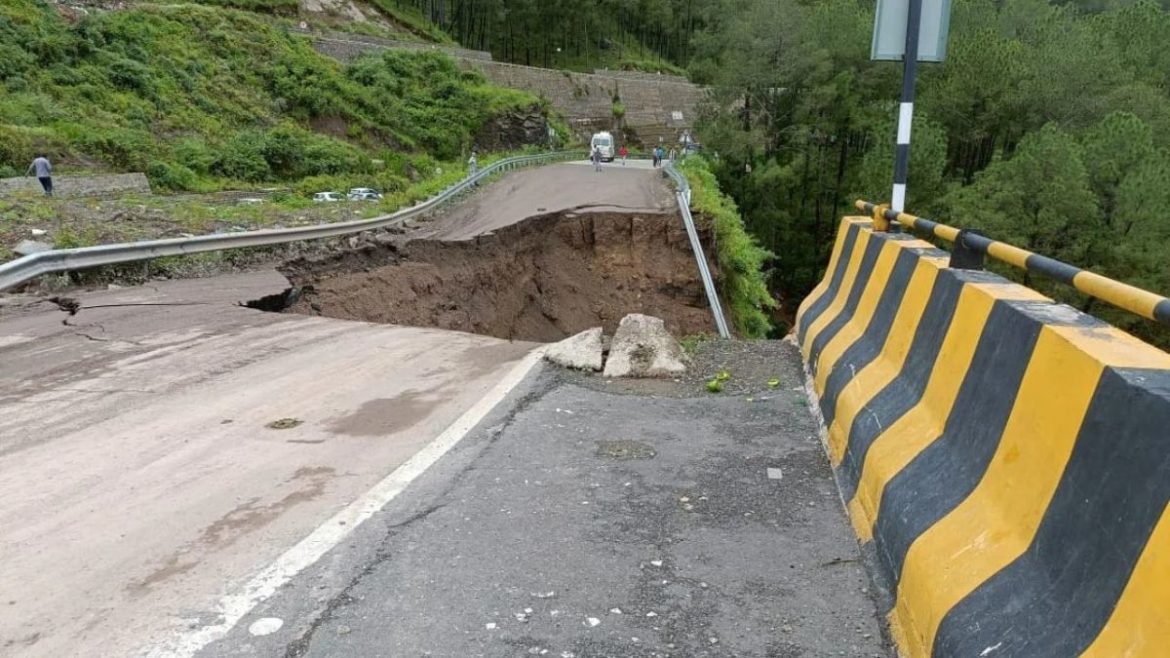 A massive section of a flyover in Solan, Himachal Pradesh collapsed on Thursday due to as torrential rains and downpours triggering landslides across the state. No casualties have been reported yet, but the video shows two vehicles colliding when the overpass collapsed. The overpass connects the four-lane tunnel on Kalka-Shimla Highway and is seen by many site visitors. The tunnel is closed to traffic for the time being according to the local reports. The highway began to show signs of deterioration days before it collapsed.

The Chief Minister of Himachal Pradesh Jai Ram Thakur said “There’s been massive rain in Himachal since last night. All deputy commissioners have been put on alert to report the damages. There have been infrastructure losses in Kullu and Mandi areas.”

Also read: Don’t Travel To Kinnaur In Himachal Pradesh As NH5 Gets Blocked After Landslides

Heavy rains in the Kullu district of Himachal Pradesh washed away 10 shops and three vehicles earlier on Thursday, the state’s disaster management agency said. At around 7:30 AM, heavy rains hit Deuthi gram panchayat in Anni tehsil. The good news is that no casualties were reported.

Meanwhile, the Meteorological Department forecasts heavy rainfall in parts of Himachal Pradesh from 14th to 16th August. Precipitation increased again for 3-4 days from around 14th August to 16th August. But according to officials, persistent patches of moderate to heavy rain are likely to taper off over the next 48 hours on Friday, with sporadic rain likely in the mountain states.

Also read: Serolsar Lake Is The Best Kept Secret In Himachal Pradesh And Can Be Reached By A Trek