When did you last hear about a minister or a king climbing up a tree to spread an important message? The Minister of Coconut in Sri Lanka, Arundhika Fernando, took up this measure to highlight the issue of acute coconut shortage in the island country. As per estimates, Sri Lanka is now facing a shortage of coconuts by 700 million. This has been due to the spike in the coconut demand in the local industries and for domestic consumption. Meanwhile, here are 10 reasons to include Sri Lanka in your bucket list. 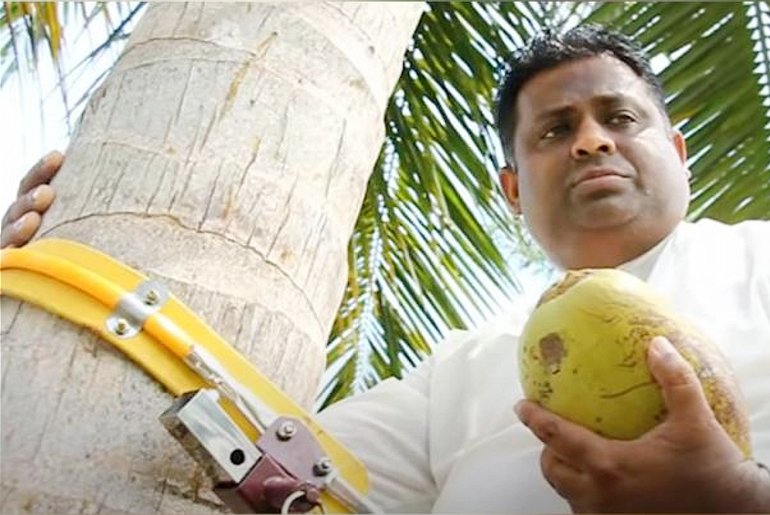 Recently, the Minister of Coconut in Sri Lanka, Arundhika Fernando, climbed atop a coconut tree in Warakapola to address the issue of coconut scarcity in the country in a press conference. As per reports, the minister stated, “We hope to utilize every available plot of land for the cultivation of coconuts and boost the industry to one which would generate foreign exchange to the country.” Fernando also added that the government aims to reduce coconut prices amid its shortage in the nation. Coconut is one of the major agricultural exports in Sri Lanka, the other three being tea, rubber and spices. Also, did you know about the 30-feet Ganesha idol in Bangalore that was made out of 9000 coconuts?

Also Read: Travel Tips by Jacqueline Fernandez In One Minute!

West Bengal Teacher Climbed Up A Tree To Teach Students

In another incident, a teacher in West Bengal had climbed up the tree due to internet issues to teach his students amid the COVID-19 pandemic. Subrata Pati, a 35-year-old resident of Bankura district of West Bengal, built a bamboo platform atop a neem tree and continued giving online classes from his native village. Pati thought about the makeshift watchtowers ( locally called machan) that the villagers set up on tree-tops during the harvest season to keep an eye on elephants attacking the fields. He decided to build a similar bamboo structure so that he could climb up the tree and teach his pupils.

We believe learning should never stop, even in times like this. For those who don't take a back seat to pursuing their dreams, @RiceEducation and @AdamasUniversity are committed to delivering quality digital assistance and professional education, no matter where you are. #RiceCares #AcademicsPlus #risewithrice 🙌

What’s your say on these out-of-the-box tree-climbing initiatives of the coconut minister and the teacher? Let us know in the comments section below. Meanwhile, here are 7 amazing tree houses around the world where you can nest: