Stay At This Treehouse In Kerala Overlooking The Glorious Athirapally Waterfalls Far from the cityscapes, in the secret realms of the forest, right atop a treehouse, with no internet, a story is formed time and again. A story after dusk with countless fireflies and a sky full of stars! You too can be inside this surreal story, and then wake up in the morning to the sound of chirruping birds and gushing rapids. And opening the window, you’ll find a gorgeous white waterfall surrounded by echoing greenery. Some beautiful guests like a sambar deer might simply turn up at your window or some pretty hornbills might sneak between the trees and the fall, not out of your sight. Does that seem like a dreamland? Well, the dreamland is in Rainforest Athirappilly at Kerala, India. 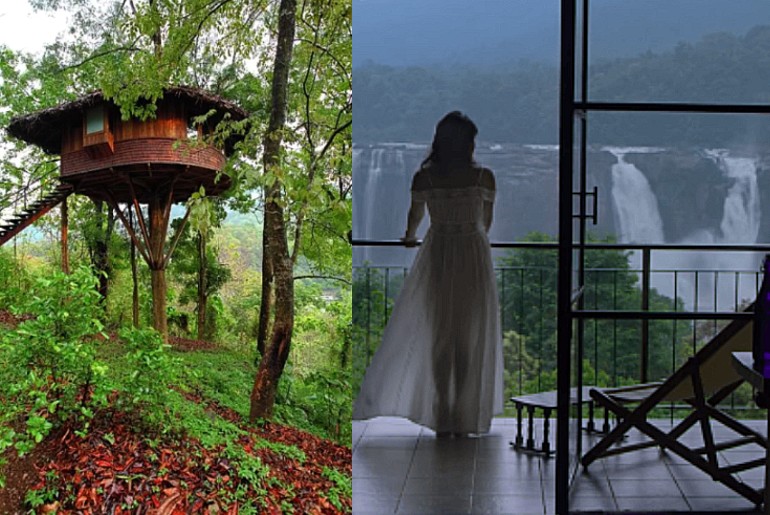 A Jungle Lodge With The View Of The Gushing Waterfall

Rainforest Athirapally, the jungle lodge with a pool, is a hidden gem in Kerala’s Trichur. It has a treehouse and other luxury rooms with all modern amenities. But in the treehouse, there is no AC or internet, unlike the rooms, as it lets you stay in a setting where mother nature is unadulterated. And what’s more, the treehouse with the waterfall’s view, is a literal paradise for the birdwatchers. 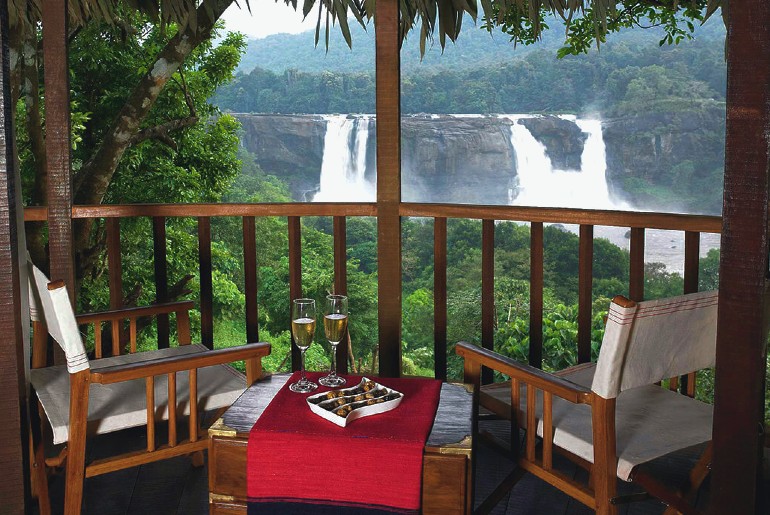 From here, you can spot rare bird species like the Paradise Fly Catcher, Malabar Trojan and Indian Hornbill. And before the rains, ten billion twinkling fireflies come out of their breeding nests to light up the little world in the forest. And imagine experiencing rains from the treehouse, it’s chilly, it’s surreal, it’s magical! 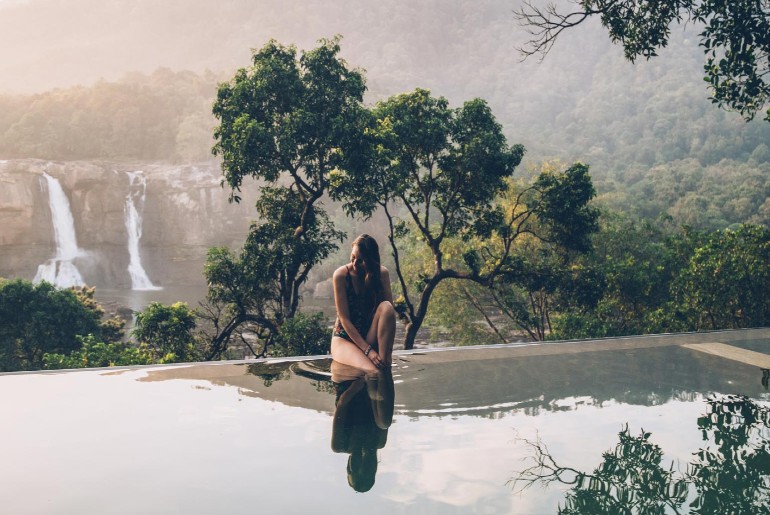 A Walk Through The Waterfalls

The lodge derives its name from the nearby waterfall Athirappilly, which is just half an hour walk from the treehouse. The splashes of the cold waterfall washing off your faces will instantly uplift your senses. And you would love to halt there for hours. 2 kilometres away, lies the Charpa Falls, and a bit further, there is the Vazhachal Falls.

Meet The Natives Of The Wilderness

While some birds and animals might end up visiting you at the treehouse, you too might embark on a trek through the lush green woods to catch the glimpse of some elephants or a herd of deer. Ensure to come back before sunset to experience the sky above gradually turning orange, casting its spell on the pristine landscapes. 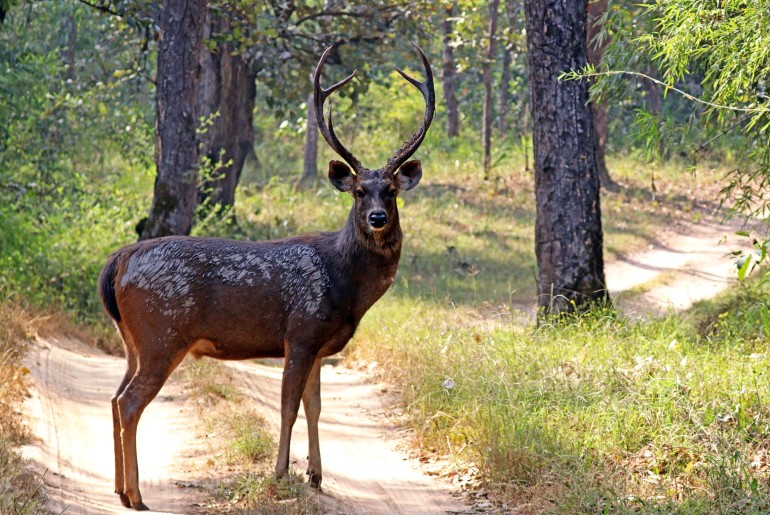 A Kerala experience remains incomplete without savouring the traditional Kerala Sadhya meal on the aromatic banana leaf. The Kerala Sadhya luncheon at the resort comprises rice, delicious curries, lentils, chutneys, papad and more. You can even get the dash of European and continental tastes for dinner. 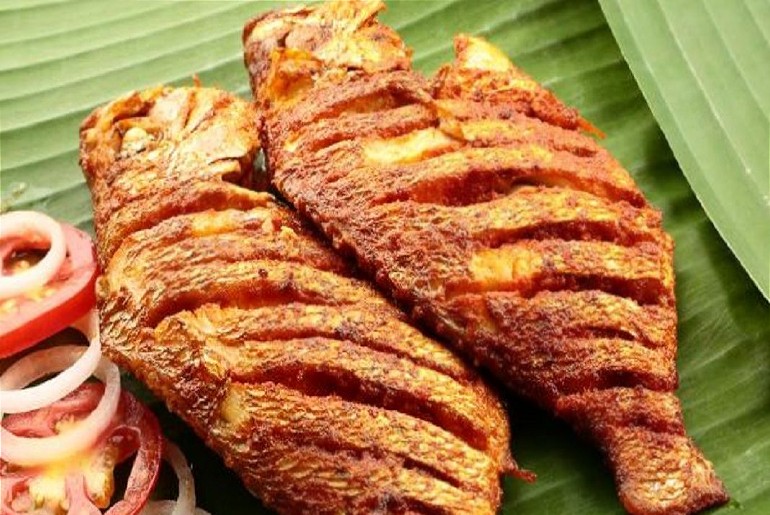 What’s more, to treat your taste buds with the magic of the tribal cuisine, you can fetch fishes cooked in charred bamboo from the Kadar Tribe. But in that case, you will have to inform the tribes at least five days beforehand. 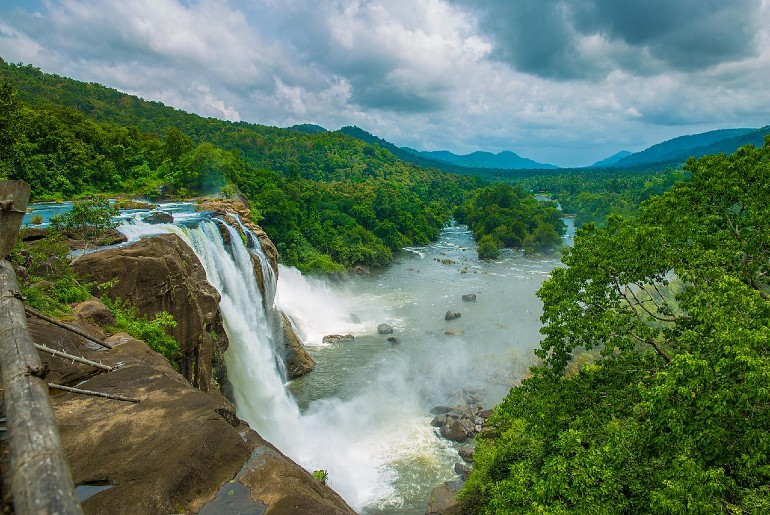 The treehouse allows two guests at ₹24,000 per night which includes breakfast and tea and of course, a mesmerising view of the forest. It’s not just the cost of the room, it’s the cost of the experience, that’s rarely found elsewhere. Planning a trip here would definitely be an experience to cherish forever. Meanwhile, Kairali Ayurvedic Village is Kerala’s best-kept secret: