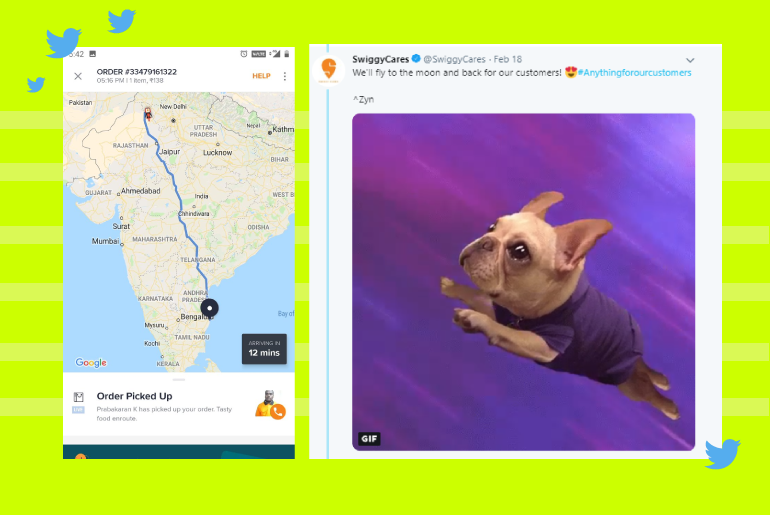 A customer in Chennai recently placed an order on a food app and it showed that the food was being delivered from North India, but the reply from Swiggy was totally priceless!

Bhargav Rajan in Chennai placed an order with a food app a while ago and a hilarious app screenshot was shared by him on Twitter. Apparently, due to some glitch in the app, it showed that his North Indian food was actually coming all the way from North India! This started a thread of hilarious tweets and Swiggy’s reply was simply priceless!

To this, Swiggy gave a very witty reply. They said it could be the job of the mischief God – Loki! Take a look –

This seems to be the work of God of mischief Loki ? In all seriousness, we have highlighted this issue and taken it very seriously and are actively working on to avoid such mishaps in the future. Thank you for bringing this to light for us Hyperion ? Bon appetite!

Many friends of Bhargav and other Twitter users replied to this thread calling this delivery boy the Indian version of the superhero Flash and if he’d be able to beat the upcoming hyperloop technology as well! Check out some funny replies for this tweet –

@elonmusk the Swiggy challenge for you… can your hyper loop beat this?

Prabakaran is the Indian Flash, is it?