We Found The World’s Tallest…
India Gets Its First-Ever Alcohol…
Vaccinated? This Diwali, Fly To…
Here’s How To Make Your…

We Found The World’s Tallest Waterfall And It’s Indoors

Doesn’t sitting next to a magnificent waterfall sound like a dream come true? Well, if you are planning to visit Singapore any time soon then you can live the dream without any extra effort because it’s right there in the airport!

Being one of the busiest airports in the world, Changi has routinely topped multiple top airports of the world lists and now it will be a favourite of tourists from around the world. Singapore’s Changi Airport just got an indoor waterfall and it is indoor! This indoor waterfall is 131 ft tall making it the world’s tallest waterfall!

Also Read: 3 Reasons For Every Millennial To Visit Singapore

We welcome the world to Jewel @ChangiAirport today with the public opening. Take a moment to immerse in a wonderous new experience. See you there! pic.twitter.com/q2PdMfKFUl

Housed inside a dome-shaped vortex, the waterfall is surrounded by a beautiful lush garden. 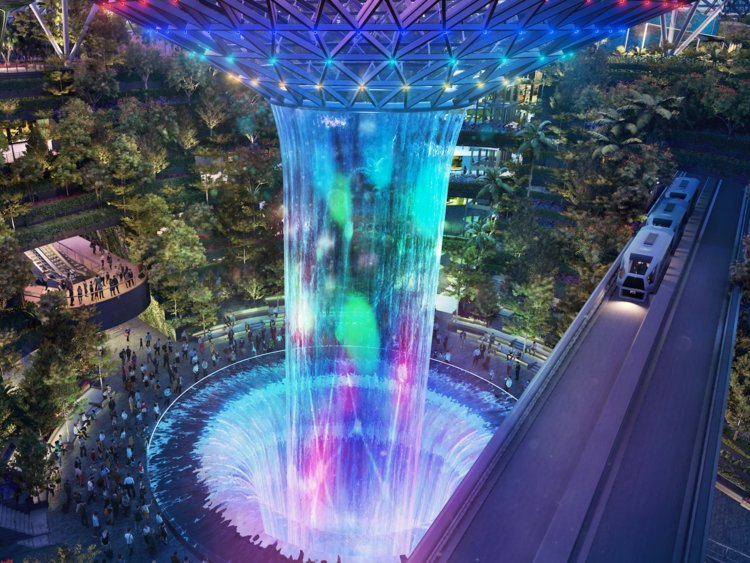 The waterfall pours down seven storeys from an opening in the glass domed roof of the Safdie Architects-designed building at the airport. Rain Vortex has been designed to funnel rainwater at a rate of 10,000 gallons per minute. This stream of water will naturally cool the air under the dome, with the captured water will be re-used in the building. 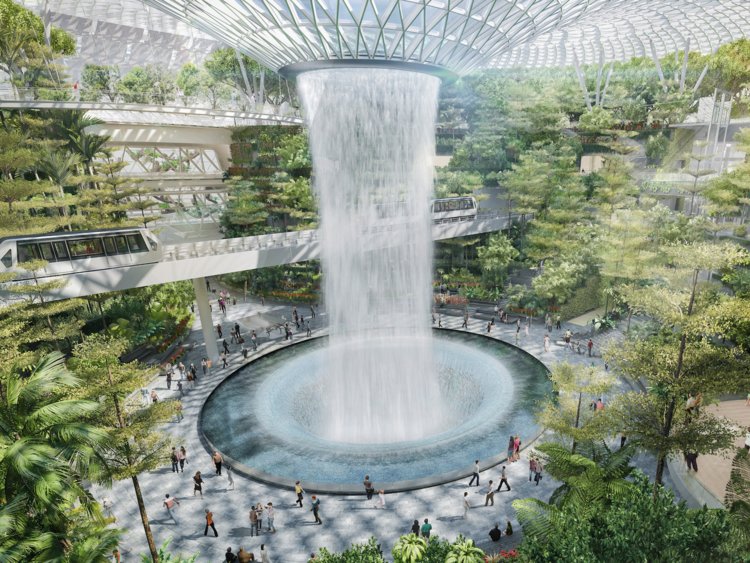 200 species of plant surround the waterfall in an area called the Forest Canopy, with trails for visitors to walk along. Five stories of the Jewel Changi Airport building are filled with shops and restaurants, with an indoor park on the fifth level. 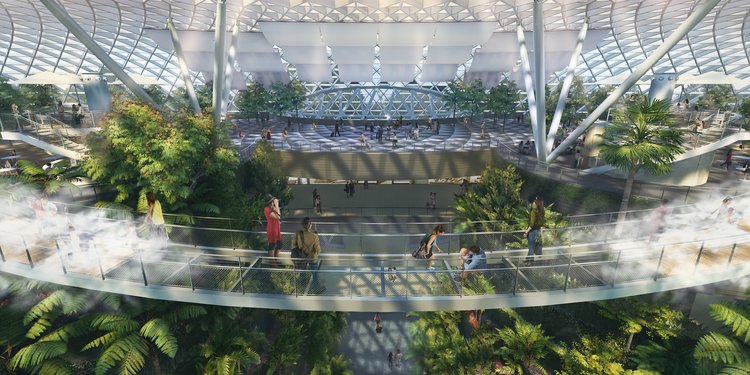 At night the Rain Vortex has a 360-degree light and sound show projected onto it. The new building is connected to Singapore’s public transport system and links to terminals one, two and three via pedestrian bridges. 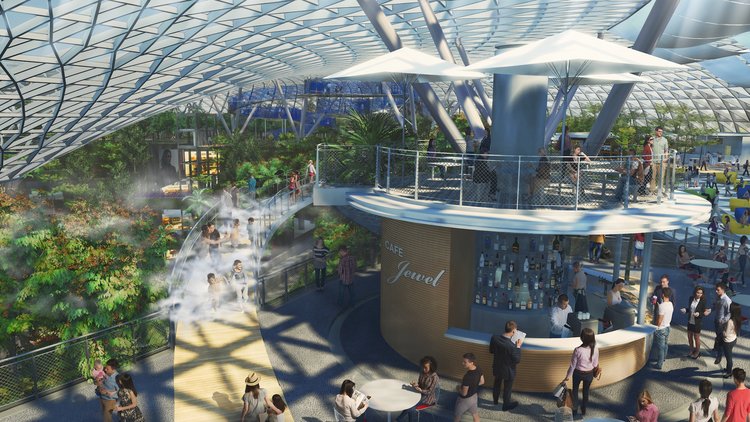 As well as being a portal to the airport, the 134,000-square-metre glass-encased building is meant to be a retail and entertainment destination.

The next time I visit Singapore it seems like I won’t be going a lot farther than the airport. Hope they have a place to stay as well!