Travelling amid this pandemic is not as hunky-dory as it sounds. While we are able to board the flights, we still miss out on having the airline food. And if you are missing the airline food too much, then Thai Airways has got you covered with that! The national carrier of Thailand has transformed the cafeteria of its Bangkok offices into a pop-up restaurant that serves the airline’s in-flight menu.

Also read: Thailand To Remain Closed To Travellers Until 2021 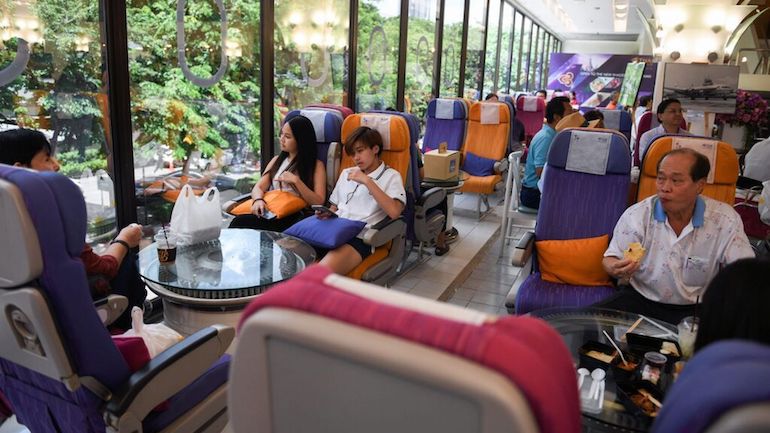 The Restaurant Is Already Serving 2,000 Meals Per Day

Speaking to a leading daily, Varangkana Luerojvong, the catering managing director for Thai Airways, said the restaurant opened a few days ago. It is opened partly to recover some of the lost revenue from reduced demand for travel amid the coronavirus pandemic.

Also read: Etihad Airways Will Cover Covid Costs For Passengers Who Get Infected While Traveling

The restaurant is now gaining popularity, offers more than just in-flight food. The restaurant is decked with spare plane parts and airline seating has replaced traditional dining chairs. Not only this, but the chef and cabin crew are also available to interact with customers while they eat. Speaking about the success of this pop-restaurant, Luerojvong said that the restaurant could turn out 2,000 meals per day and will continue based on its current success. In a press release shared by Thai Airways, Luerojvong also confirmed that high-quality meals would be served at the Bangkok headquarters every Wednesday through Friday. And extra pop-ups are also being proposed for the airline’s Silom and Larnluang offices. 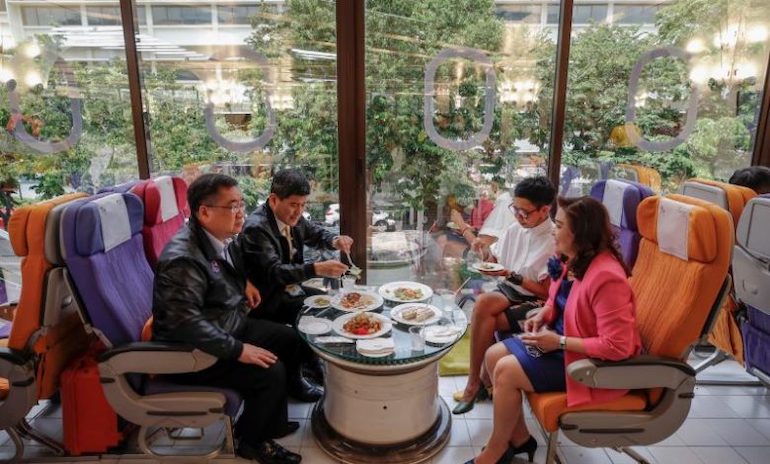 Well, as strange as it sounds, this isn’t the first time someone has tried something like this is. Last year, AirAsia opened up the first of its fast-food restaurants selling meals usually reserved for its in-flight menu. Called the Santan Restaurant and T&CO Café, the menu offered in-flight meals including nasi lemak- a dish of coconut-flavoured rice, egg, anchovy, peanuts, spicy chilli sauce, and often considered Malaysia’s national dish, as well as other preferences such as chicken rice or chicken pho, among other meals, snacks and beverages.