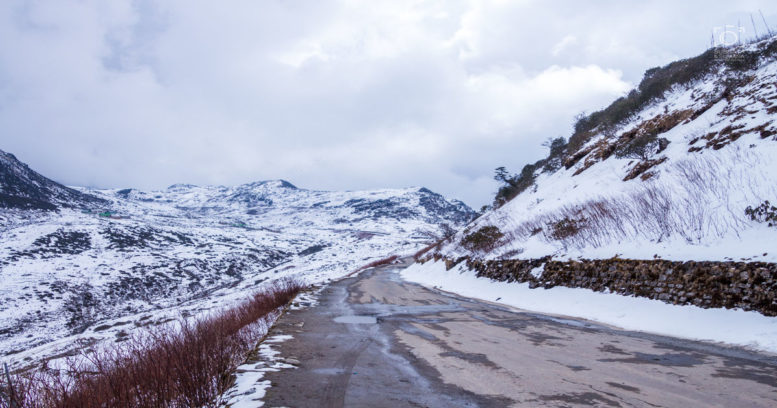 In the remotest corner of East Sikkim, on the Old Silk Route of India lies a valley that fits into the truest definition of a paradise on Earth. Wrapped entirely in snow for about four months from January to April, the Nathang Valley is located at one of the highest points of the Indian subcontinent, at 13,500 feet above sea level. It is a hot spot among tourists for its soul-captivating scenic beauty. Interestingly, Sikkim is also the world’s first 100% organic state.

The Nathang Valley in the Himalayas is also known as the Ladakh of East India. The zig-zag road taken to drive up to this place is literally ‘above the clouds’. Chilled winds blow across this valley all around the year. There are numerous streams flowing in a crisscross way through the hamlets, and the valley keeps changing its hues at different times of the year. During autumn, the dried grasses turn the hilly haven into a golden village, while the rainy season here witnesses a joyous display of colourful flowers. At the wintertime, the temperature at Nathang falls far below zero degrees, transforming it into a spotless white, cold desert that goes up to the horizon and kisses the sky. Also Read: 10 Lesser Known Hill Stations In India To Plan Your Next Holiday

There’s a lot to explore in and around this breathtaking valley. Noteworthy among them are the vibrant Durga and Krishna temple and the pretty Buddhist monastery. A frozen pond lies just behind the Durga temple where one can find rare black-orangish Brahminy ducks. Other attractions in the area include the historical Dafter bungalow, the Zuluk loop, the cave-like Nag Temple and the Ganek sunrise point. Just before the onset of winter, the valley turns into a haunt for flocks of graceful migratory birds. A few minutes away from the main valley lies the Eagle’s Nest Bunker which gives a 360-degree view of the stretch of Mt. Kanchenjunga, the rugged terrains and mighty Brahmaputra river. The Nathang Valley usually falls as a part of the Sikkim’s Zuluk tour. One should stay at least for a couple of days at Nathang to get the fullest of the valley. The charm of the place is an absolute therapy for a soul that seeks some deep-rooted repose from the humdrum of daily routines.

Now that you know about the Ladakh of the East, check out this virtual tour of Ladakh.