Planning a trip to Himachal? You might have to make some changes to your itinerary as the Rohtang Pass is now closed for tourists. The Himachal Pradesh state government issued an order stating that the famous Rohtang Pass will remain shut for tourists and day-visitors till April-end 2022. The government took the step keeping in mind the extreme weather conditions and slippery roads that can cause accidents.

A Tourism Village Will Also Come Up At Rohtang Pass

Months after Prime Minister Narendra Modi inaugurated the Atal Tunnel at the 13,058-ft Rohtang Pass, the Himachal Pradesh government has decided to develop a tourism village at the landfill site adjoining the North Portal. There is also a huge scope of developing water sports and other adventure activities for thrill-seekers. Talking about the Atal Tunnel, the chief minister of Himachal Pradesh said it has become a hot tourist hotspot and as many as 8,000 vehicles go there daily.

We’ve already told you about the electric buses on the Kullu-Keylong route via Atal Tunnel. Prime Minister Narendra Modi had inaugurated the tunnel in Himachal Pradesh on October 3, 2020. After the inauguration, the PM said the tunnel would provide new strength to the country’s border infrastructure. The 9.02 km-long-tunnel, built by the BRO is the world’s longest highway tunnel which connects Manali to Lahaul-Spiti valley. On December 27, 2020, the tunnel recorded a whopping 5000 vehicles on a single day. This was the highest traffic in the tunnel since its inauguration in October 2020. Read on to know more.

The Atal Rohtang Tunnel connecting Manali to Lahaul-Spiti valley received 5000 vehicles on a single day on December 27, 2020. The tunnel has become the biggest attraction among the tourists during this winter. The authorities have even arrested 15 people inside the tunnel for flouting traffic rules. Kullu police has released a data which states that 2800 vehicles moved towards Lahaul from Manali and 2,650 vehicles returned from the North portal on December 27. According to an Outlook India report, SP Kullu Gaurav Singh has stated, “It was bumper-to-bumper traffic. For every 1000 vehicles at Manali Bailey Bridge, a temporary stoppage was introduced at the green tax barrier in order to manage the movement and crossing at Bailey Bridge connecting left bank. All vehicles going beyond Solang Nala towards the tunnel were compulsorily headed till ATR South Portal & then U-turns were facilitated there”. Meanwhile, Himachal Pradesh has planned to run glass top buses inside the Rohtang Tunnel.

Also Read: Travel From Srinagar To Leh In Just 15 Minutes Through The Upcoming Zojila Tunnel

The Tunnel Saw A Large Number Of Visitors After Inauguration

The tunnel provides all-weather connectivity to the landlocked valley of Lahaul-Spiti, which remained cut-off for nearly six months in a year as Rohtang Pass is usually snow-bound between November and April. But soon after the inauguration, the tunnel saw a lot of visitors which quickly made it a tourist hot-spot. The world’s longest mountain tunnel above 3,000 meters is now in our very own India on the Manali-Leh highway. On December 25, 1924, a Prime Minister was born. The country celebrated Atal Bihari Vajpayee’s 95th birth anniversary in 2019 by fulfilling a task assigned by him. A strategic tunnel Atal Rohtang under the famous Rohtang Pass reduced the distance between Manali and Leh by 46 km. The best part is that the world’s longest tunnel at 10,000 feet is finally ready after 10 years.

Also read: 7 Dreamy Himalayan Resorts In Himachal You Can Stay Under ₹1500

BRO Has Built The Tunnel

It’s a ₹4,000-crore project by the Border Roads Organisation. Atal Tunnel is a 10.5 m-wide single tube including a 1-meter footpath on both sides. There’s also a fireproof emergency tunnel built into the main bi-lane tunnel. Up to 3,000 cars and 1,500 trucks are expected to use the tunnel every day. The speed limit inside the tunnel is capped at 80 km per hour.

Also read: These Snowy Properties In Himachal Pradesh Are Perfect For A Delhi Getaway You Will Never Forget! 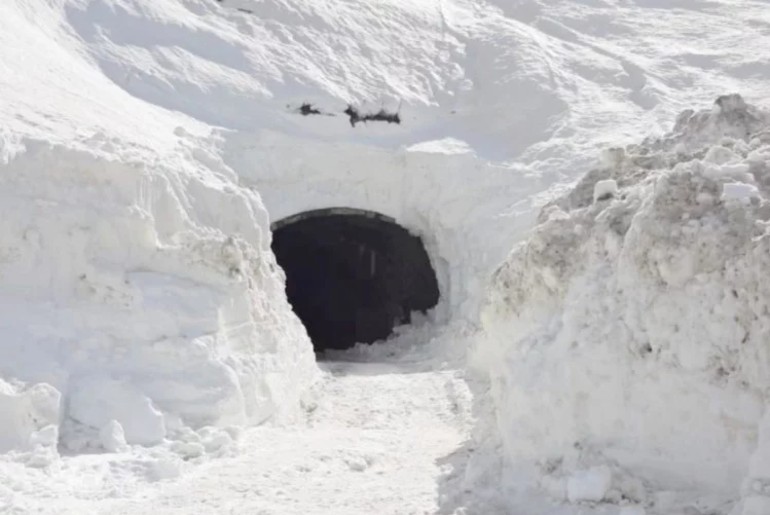 The world’s longest tunnel Atal Rohtang at such a height will provide all-weather connectivity to remote areas like Lahaul and Spiti Valley. Remote border areas of Himachal Pradesh and Ladakh remain cut off from the rest of the country for about six months during winters. PM Modi says this tunnel will change the fortunes of the people of Leh, Ladakh and Kargil. Hotels In Himachal Pradesh To Reopen By Mid-September.

The Tunnel Is A Tribute To Atal Bihari Vajpayee

The Atal Rohtang was announced by former PM Atal Bihari Vajpayee in 2000. He was a frequent visitor of Manali. This tunnel has been received as a tribute to him. The project was ambitious from the start. The Border Roads Organisation had to overcome many challenges like difficult terrain and weather. The 587-metre in the Seri Nalah Fault Zone was particularly laborious. Atal Tunnel connecting Manali to Leh, Ladakh and Jammu Kashmir is now boosting the tourism of the state. 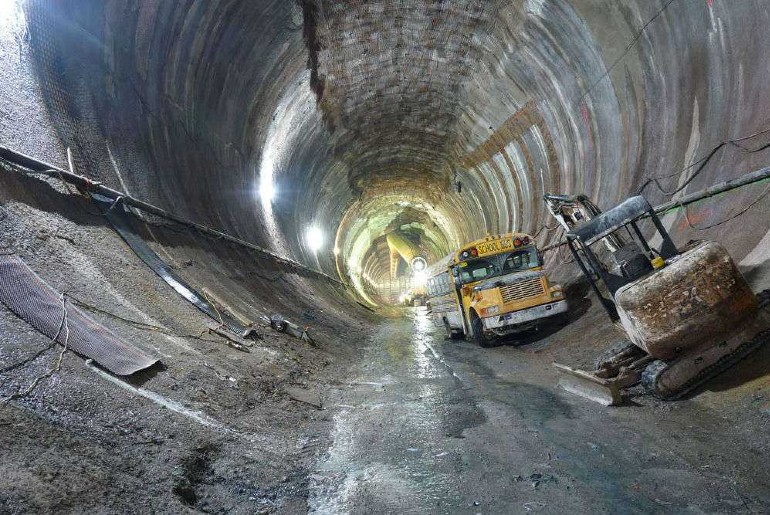