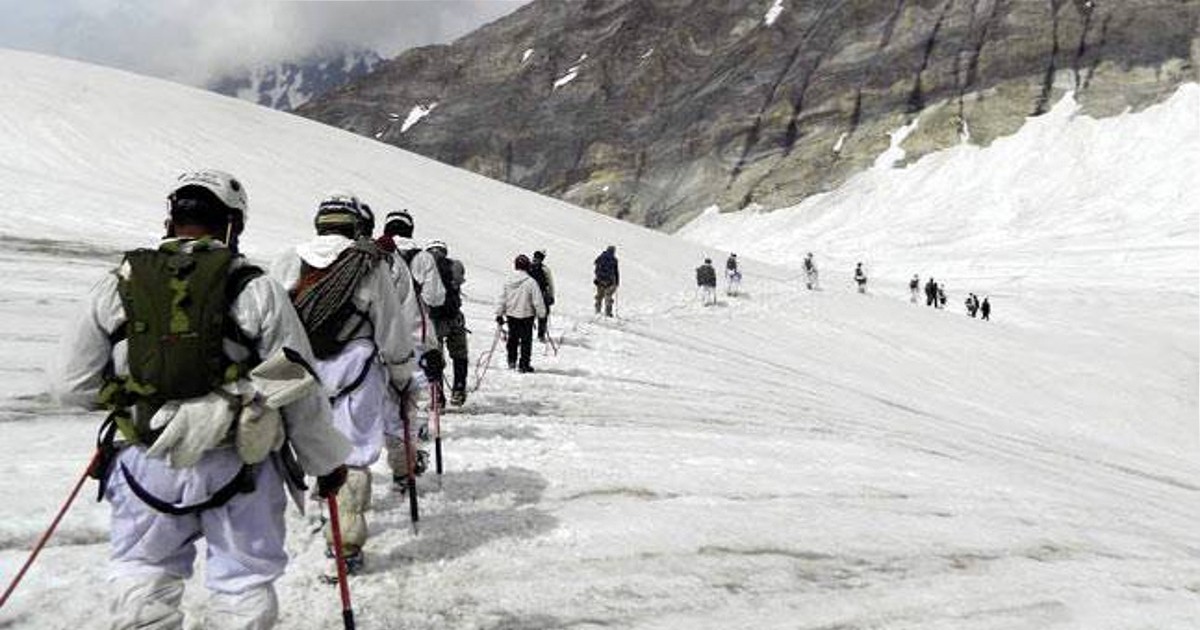 The world’s highest battlefield, Ladakh’s Siachen Glacier can be your next holiday destination. The Indian Army is willing to allow civilians to trek the most critical border post of India. The Siachen Glacier is nestled at a height of nearly 24,000 feet in the eastern Karakoram Range in the Ladakh Himalayas, at a proximity to the Line of Control between India and Pakistan. It is the second-largest glacier in the world’s non-polar areas and Karakoram’s longest glacier. The base camp of the Siachen glacier was opened for domestic tourists on September 27, on the occasion of World Tourism Day.

Trek Enthusiasts! Gear Up To Explore The Siachen In Ladakh

The Indian Army had been organizing the Siachen Glacier Trek every year since the year 2007. The 10-day trek usually took place in August or September. A small group of trekkers used to attend the expedition each year. In 2017, the annual trek was paused. But last year, the government officially declared the battlefield open for tourism. Taking to microblogging site Twitter, Defence Minister Rajnath Singh had said, ” Ladakh has tremendous potential in Tourism. Better connectivity in Ladakh would certainly bring tourists in large numbers. The Siachen area is now open for tourists and Tourism. From Siachen Base Camp to Kumar Post, the entire area has been opened for tourism purposes.”

The Siachen area is now open for tourists and Tourism. From Siachen Base Camp to Kumar Post, the entire area has been opened for Tourism purposes.

Also Read: When In Ladakh, Don’t Forget To Explore The Natural Hot Water Springs Of Chumathang

Trekking the Siachen Glacier needs skill and courage. One must be ready to face the challenges before beginning the journey. The weather remains extremely cold here, with temperatures dropping below -50 degree celsius. The oxygen level is only about 10 per cent of what it is in the plains. As per reports, on an average, two soldiers from India die each month in this region owing to frostbite, snowblindness and lung infections. Thus, tourists might not be allowed to trek up as high as the Siachen Base Camp and Kumar Camp at 10,000 feet and 16,000 feet. However, opening the region for tourists assist in the growth of the local economy, as well as give the commoners a hang of the struggles the soldiers face while traversing the rugged expanse.

Also Read: Curly Tales Takes You On A 4-Day Virtual Tour Of Ladakh

The Trek Begins From Leh In Ladakh At A Height Of About 12,000 Feet

According to the website of the Indian Army, “The Indian Army organises a Siachen Glacier Trek between August and September every year for approximately thirty selected civilians recommended by the Indian Mountaineering Foundation (IMF). This is the only chance for a civilian to visit the world’s highest and coldest battlefield. The trek begins from Leh in Ladakh at a height of about 12,000 feet above mean sea level. From there, the participants proceed to the Siachen Base Camp which goes into the mountain slopes at 10,000 feet and, from there, trek on to Kumar Camp which is at 16,000 feet, the distance of the trek being 60 km both ways across 8-9 days.”

Also Read: Confluence Of Zanskar & Indus In Ladakh Is The Prettiest Thing You Will Ever See 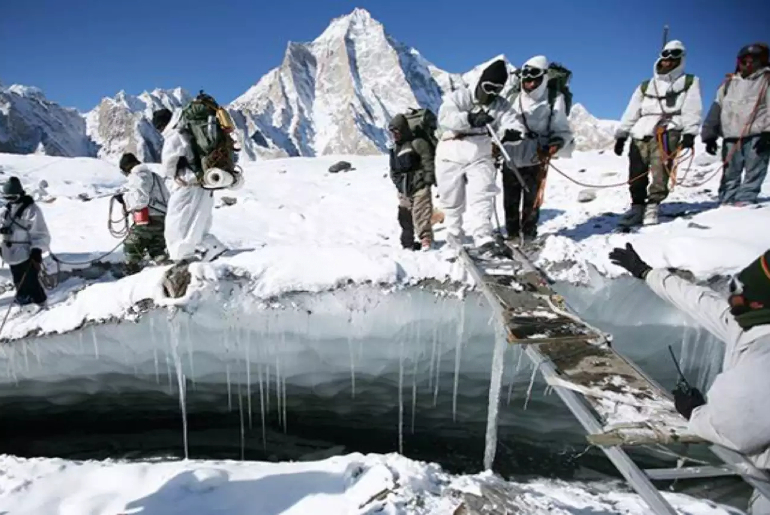 Are your adrenaline rushes getting higher already? Shoot an e-mail to the Indian Army at ncmediacell@gmail.com for additional information, right away. On that note, here’s a winter survival guidance in Ladakh from a local: