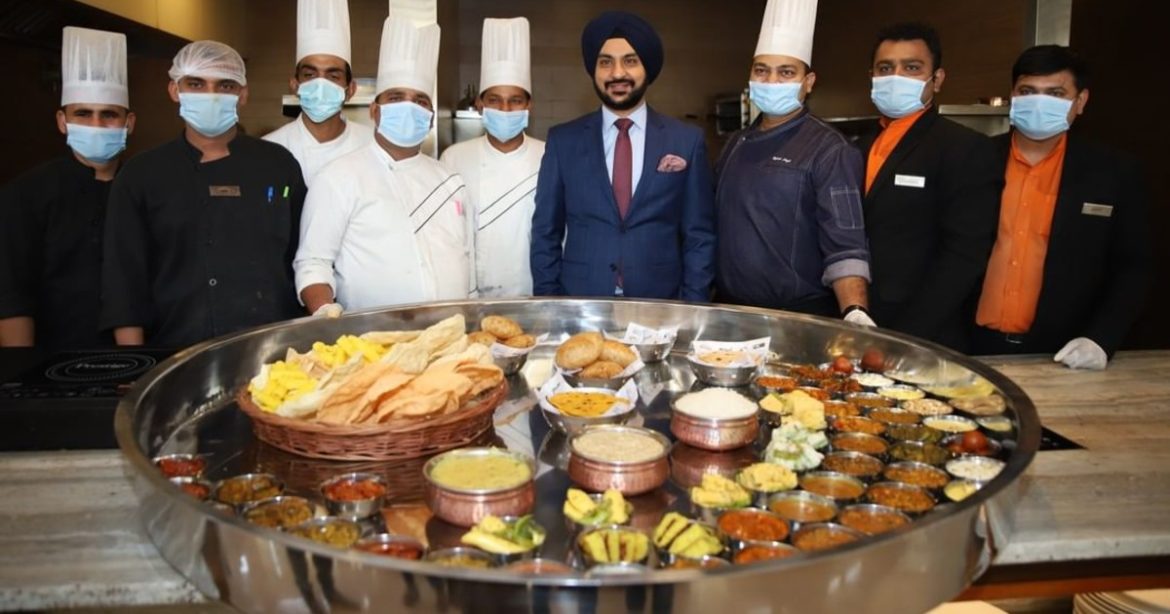 Hola, all cricket fans out there! Did you hear about the thumping 5 feet long cricket-themed thali of Gujarat? The Motera Thali in Gujarat was humongous and it was launched as part of Cricket Raas, to celebrate India’s amazing performances against England and Australia. The thali was dedicated to our most loved Indian Cricket Team. Served at Courtyard By Mariott, Ahmedabad, the dishes of the thali were named after the players of the team. The restaurant had thrown up a challenge with the thali which required the participant to finish off all the dishes in one hour. Cricketer Parthiv Patel also turned up for the challenge to show his love for the thali.

The Thali Had Dishes Named After Indian Cricketers 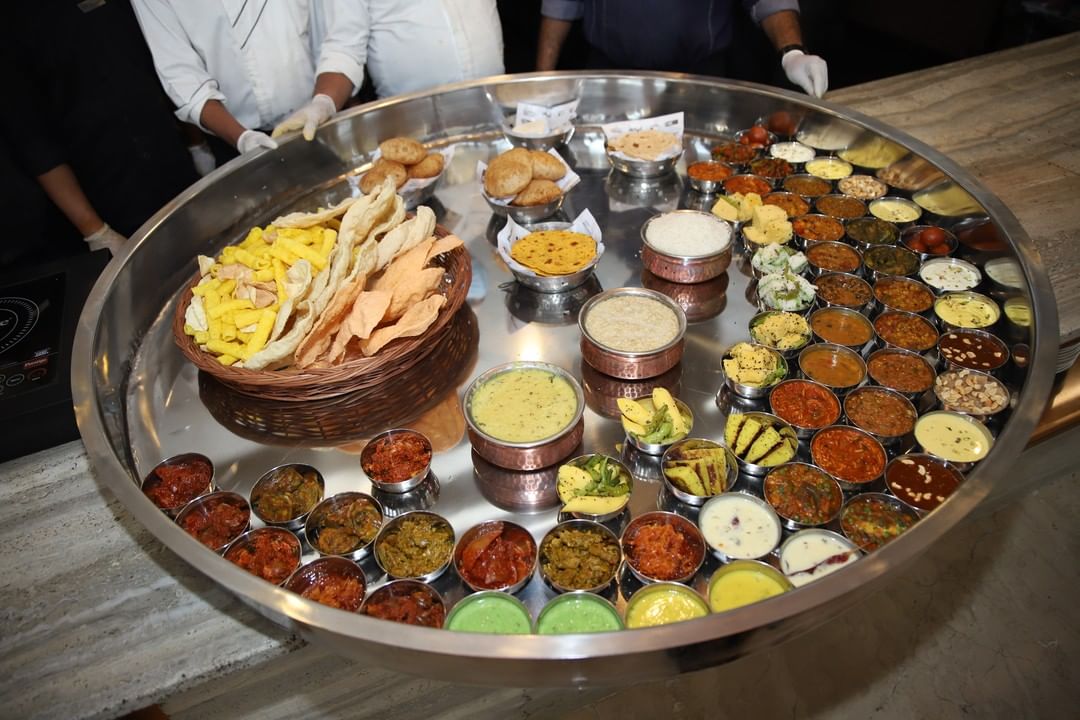 The Motera Thali Challenge that took place for two days, on March 8 and 9, 2021, required the participant to complete the huge thali in an hour. The participant was allowed to take help from friends and family, but not more than four people. The challenge was a part of Cricket Raas, which celebrated India’s stunning performances against Australia and England.

Also Read: This Palace In Gujarat Is 4 Times Bigger Than UK’s Buckingham Palace With A Zoo & A Golf Course

Former Indian wicketkeeper, Parthiv Patel, attended the challenge. The hotel uploaded photos of the thali on Instagram with him that went viral too. A person commented, “Wow! This Thali is insane.” The picture has grabbed many fire emojis from netizens. Also, you need to try out the Royal Thali of Rajasthan at Rajwadaa Chullah: