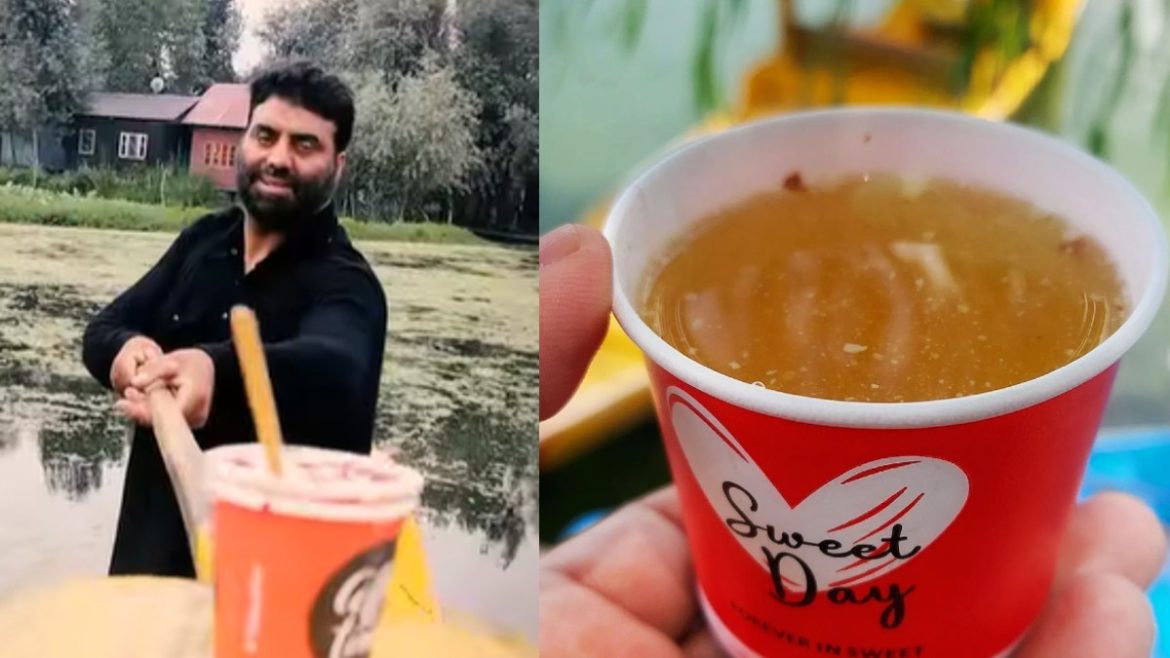 Waking up in the wee hours of the morning, a Kashmiri man starts selling tea on a shikhara at Srinagar’s Dal Lake. He canoes across the river from around 5 AM and serves highly invigorating Kashmiri kahwa tea flavoured with honey, regional spices and rose petals. For around 8 years, he has been selling his special tea at the floating market and is quite a hit among the locals. On his boat, he carries a traditional kettle, spices and other ingredients. And he sells tea out of sheer passion. The recipe of his tea has been a family secret for many years.

Story Of The Kahwa Tea Seller At Srinagar’s Floating Market

The story of the tea seller was recently unveiled on the Instagram handle of Humans of Bombay. According to the post, he realised his love for cooking when he was a kid. He found comfort in the kitchen and would make delectable mutton and kahwa tea. He wasn’t much interested in studies and dropped out after the 8th grade, infuriating his parents. But he didn’t stop working. He would go farming in the morning and then ride a shikhara. In the afternoon, he would assist his brothers in their family shop selling carpets and shawls.

He said that meeting locals and tourists at the shop had been a learning experience for him. He added that his work has also taken him to different cities in India like Delhi, Lucknow, Kanpur and Bareilly. That was how he had spent his life for 20 years. He also started his own family in the process. And finally, he decided to open his very own tea stall.

He Helped Kids Get Education During Lockdown

He said that in the back of his mind, he regrets not completing his education. He added that during lockdown he noticed many children sitting idle. So, he decided to help them in getting education. He started a school in his house with the help of a friend. The school has around 10 pupils now who are being taught by the members of an NGO. The man said that by selling tea and helping out the kids, he is living a happy life now.

So, whenever you visit Kashmir, don’t forget to grab a glass of his magical brew to uplift your senses. On that note, here’s why you should Choose Srinagar’s Floating Market Over Bangkok’s.