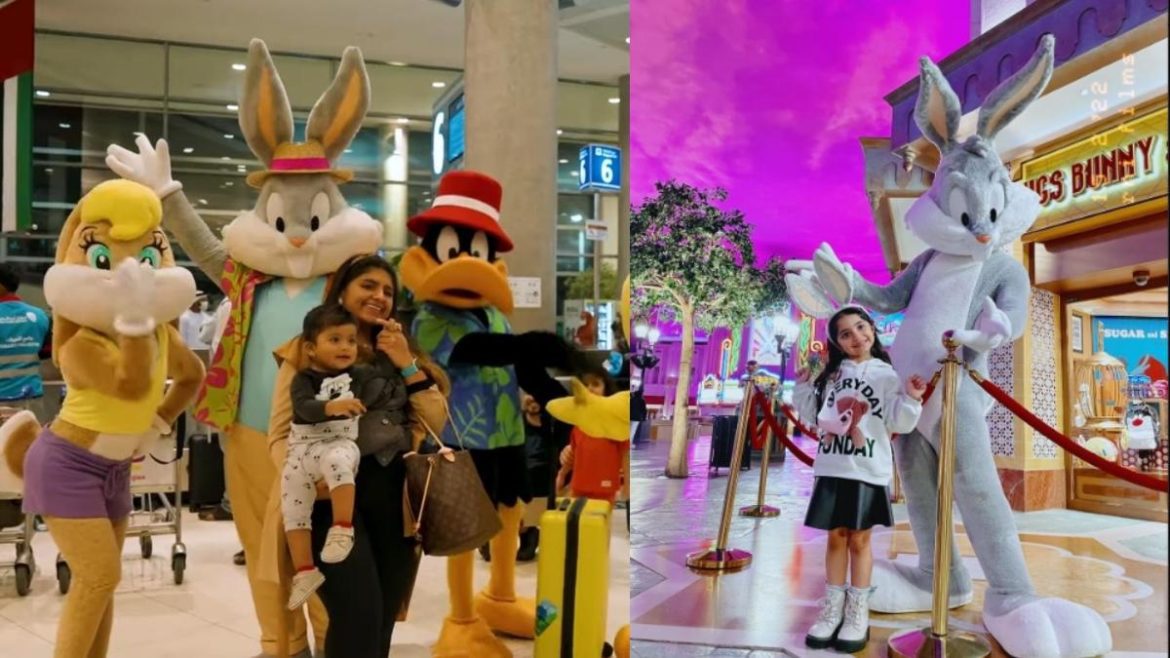 Imagine you reach an airport, and your favourite Warner Bros characters like Batman, Bugs Bunny, Daffy Duck, and Bugs Bunny are waiting to welcome you. Well, it was not a dream for a select few. This happened for real! Warner Bros characters greeted Etihad Airways passengers at Abu Dhabi International Airport with warm hugs. Travellers were surprised to see their favourite characters waiting to welcome them at the baggage claim area. And the fun didn’t stop there! Passengers also received FREE tickets to Warner Bros World.

Passengers aboard an Etihad Airways aircraft noticed odd goods appearing on the baggage carousel, such as a basket of carrots and a bag with a giant Batman emblem.

A while later, the Etihad cabin crew came with Batman, Bugs Bunny, Lola Bunny, Daffy Duck, Sylvester and Tweety from Warner Bros. According to reports, families and children were taking selfies with the celebrities, who were on their route to pick up their items before returning to Warner Bros World Abu Dhabi.

Also Read: Here’s How You Can Apply For A 10-Year Abu Dhabi Creative Visa

There are 29 rides in this 1.65 million square feet indoor theme park, which debuted in 2018. In addition, it has several other entertainment options, including live performances and interactive activities.

It is located on Yas Island in Abu Dhabi and is adjacent to popular attractions including Ferrari World Abu Dhabi, Yas Waterworld and CLYMB Abu Dhabi.

Sounds impressive, right? Fly to Abu Dhabi now with your kids and experience the Warner Bros world. Let us know how your experience was.