Try The Uttapam Burger At Firangi Madras In Kolkata 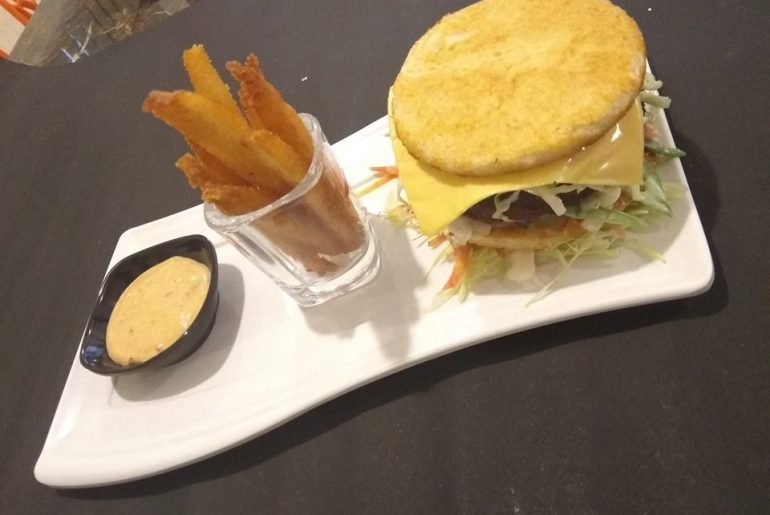 Indulge in delicious Uttapam Burger at the Firangi Madras located in Bangur, Kolkata.

Firangi Madras is a restaurant that mainly specializes in South Indian cuisine and dishes up quirky food with a twist like the Uttapam Burger or the Cheese Burst Maggi Dosa which is absolutely drooling.

Also read: Gorge On This Bahubali Puchka – The King Of All Puchkas In Kolkata The Uttapam Burger is an absolute delight which includes Uttapam Buns that are layered with a spicy patty and lots of cheese. The entire dish is served with fries and Mayo dip.

Also read: Get Butter Maggi Puchkas At Poochkawala In Kolkata You can also try the Cheese Burst Maggi Dosa that includes a Dosa filled with Maggi and topped with cheese which is a heavenly combination.