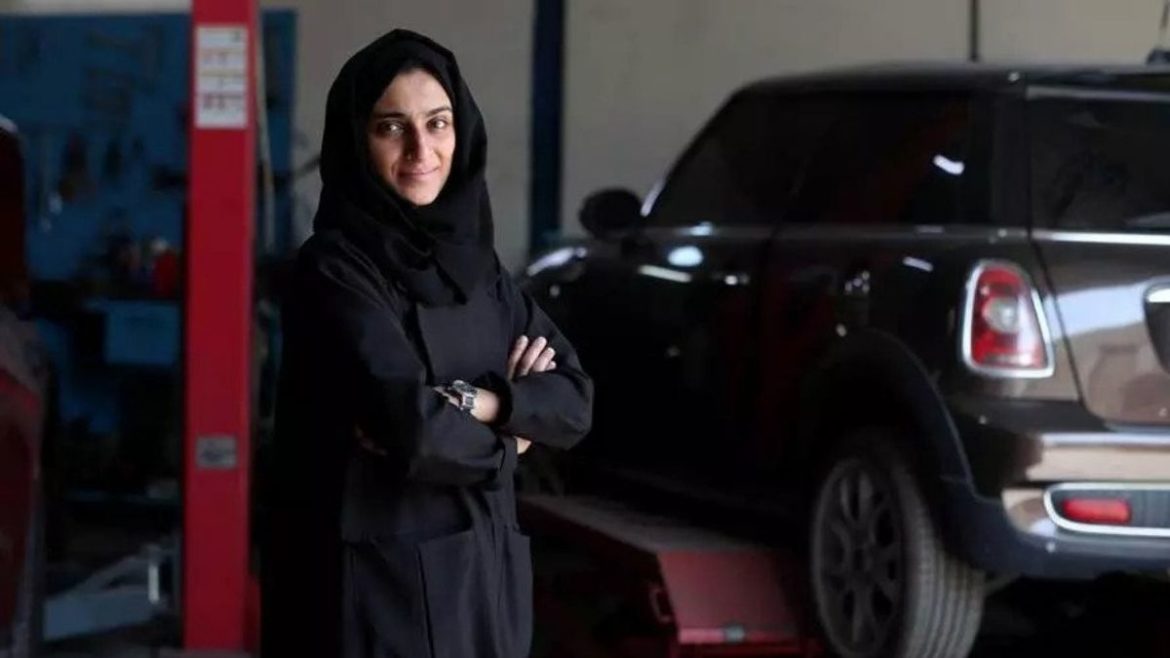 Last week, Huda Al Matroushi, 36, an Emirati, had tears after receiving the most important phone call of her life. His Highness Sheikh Mohamed bin Zayed Al Nahyan, Crown Prince of Abu Dhabi, was the one who sent it. Sheikh Mohamed praised the first Emirati Female Mechanic for standing out in a field dominated by men. Sheikh Mohamed informs her that he intends to get his automobile repaired, which must have brought a smile to her face.

Al Matroushi works as a car technician at Imex Car Service in Sharjah’s Industrial Area 1. She also works as the head of a department for the Sharjah government during the day. Her dedication to and determination in carrying out her dual obligations should send a powerful message to women around the world that everything is possible.

Al Matroushi is the owner and operator of her garage. It’s purely the physical manifestation of the car mechanic’s boyhood desire for this First Emirati Female Mechanic. She grew up obsessed with toy cars. With bolsters and pliers in hand,  defies long-held gender stereotypes by repairing more than just autos in her garage

It’s not common to receive a call from the crown prince praising you. Yet when Huda Al Matroushi received one, she was shaking in disbelief. The call started with him praising her to own a different interest and with a lot of integrity. Her accomplishments til now and the efforts she has been putting up to be unique and successful in her field. He even apologised for calling her so late. He was very impressed with her to do or die attitude she kept in her professional life. First Emirati Female Mechanic to date takes a lot of pride in receiving that call from the very own Crown Prince of Abu Dhabi.