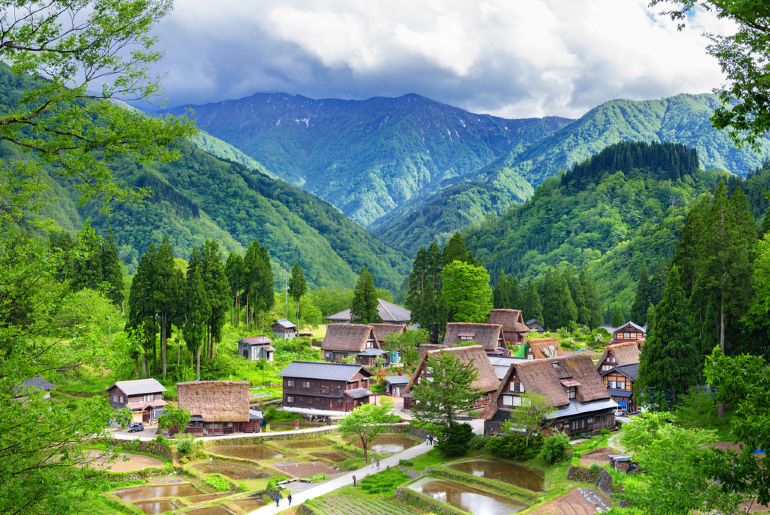 Far from the city bustles, in a remote forested valley in Japan, lies three gorgeous villages. Stretching across the Gifu border and Toyama Prefectures, these villages in Japan’s Gokayama and Shirakawa-go region were collectively listed by UNESCO among it’s World Heritage Sites in 1995. The three villages are Shirakawa-go’s Ogimachi and Gokayama’s Ainokura and Suganuma. The classical gasshō-style houses in these villages, with thatched roofs, ringed by towering mountains on all sides, can transport one straightaway to the pages of a fairytale. 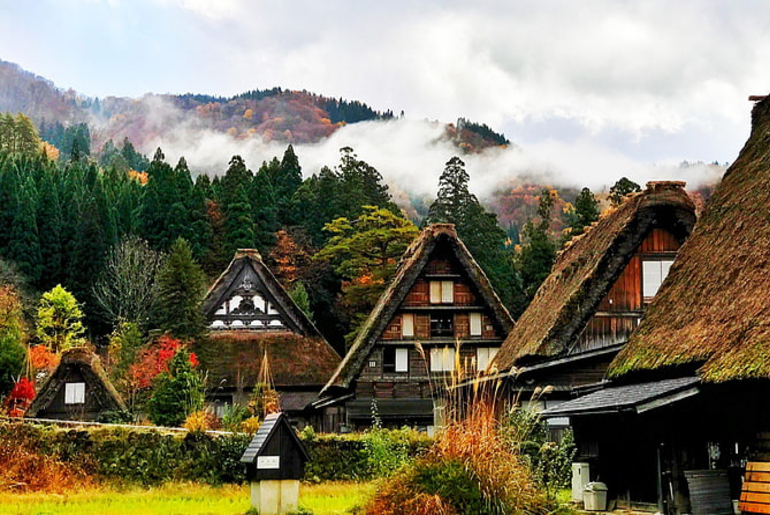 The Uniqueness Of Gasshō-Zukuri Houses

The multi-storied farmhouses in Shirakawa-go and Gokayama, have a unique architectural style with roofs in the shape of a semi-triangle. The term gasshō-zukuri is derived from the concept of prayer-hands. In other words, the steep rooftops of these houses resemble the two hands joined in prayer. Oak beams called chonabari provide support to these huge roofs. These dwellings are large, usually with three to four storeys. The villages are known to receive plenty of snowfall, and these thatched roofs allow the snow to easily slide off. Japan also has the snowiest city in the world, Aomori. The major sources of livelihood in these remote villages are essentially silkworm rearing and cultivation of mulberry trees. And the folks of the villages have been practising this tradition for centuries. Also, the typical gasshō-style houses help to retain heat, assisting farmers to raise silkworms even in the harsh winters. 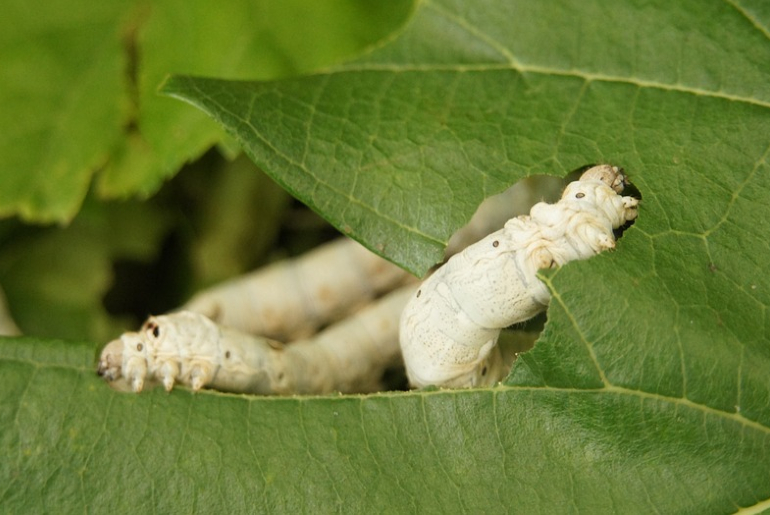 The Villages Change Colours With Seasons

In the winter months, these Japanese villages remain blanketed with thick layers of snow. Unquestionably, the scenic beauty of the spotless white vistas is a treat to the sore eyes. Also, the beauty of the fall season in these historic villages isn’t any lesser. During autumn, the pastures of the villages wear a golden-crimson hue, with the mountain summits kissing a clear blue sky. No wonder, the cliffs in these villages are often referred to as the ‘Mountains of the Autumn’. On that note, did you know about Takachiho gorge, Japan’s volcanic canyon by a waterfall? A Tour Through The Villages

There is an observatory site at the Ogimachi Castle, from where one can enjoy a panoramic view of the entire Ogimachi village. There are about 59 houses in this village. Also, the insides of the Wada House and Nagase House in Ogimachi gives a glimpse into the lives of the ancient people of the region. Many gasshō-houses in the villages have now been turned to eateries and souvenir shops. Some others serve as minshuku, which is a Japanese-style, family operated, bed and breakfasts hotel.

The village area also houses an open-air museum where you can not only explore rustic curios but also try your taste buds on home-style Soba noodles, ice-creams and rice cakes. Gokayama houses several iconic cultural properties, like the Iwase and Murakami residences. Apart from these, the place has many natural attractions, the Kuroba Hot Springs being noteworthy among them. 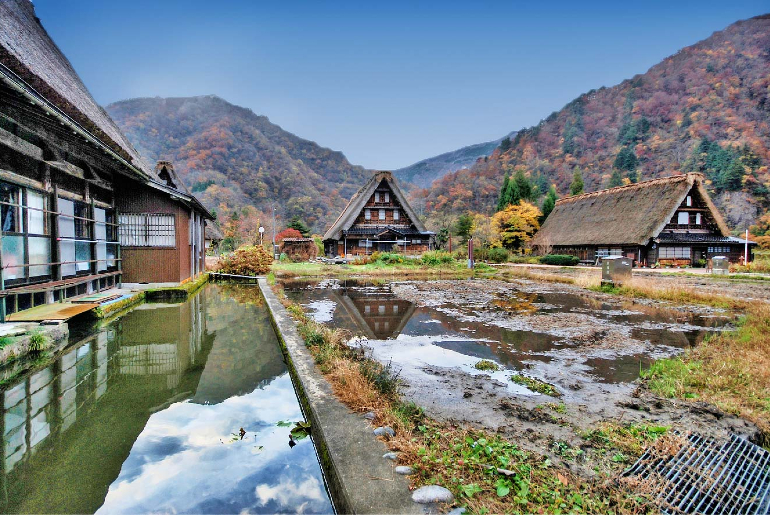 Fire breakout is one of the major hazards in the Gokayama-Shirakawa-go region. Therefore, adequate fire extinguishing systems have been installed in the three villages. Also, in early November, when the chances of fire breakouts are maximum, the villagers test the functioning of all the sprinkler systems. This event is called issei hōsui. The sight of the waters gushing out of the sprinklers, with the views of autumn in the backdrop, is a sight to behold. We take this opportunity to tell you about Japan’s magical Wisteria Tunnel. Also Read: Travel Through Japan From The Comfort Of Your Home Through These Livestreams

Though one of the remotest destinations in Japan, Gokayama-Shirakawa-go region has now become a hotspot for tourists from all over the world. So the next time you’re visiting Japan, don’t forget to pay a visit to these hidden gems. Meanwhile, here are the five topmost reasons to plan a trip to Japan: